The East Derry MLA topped the poll for the second consecutive time. 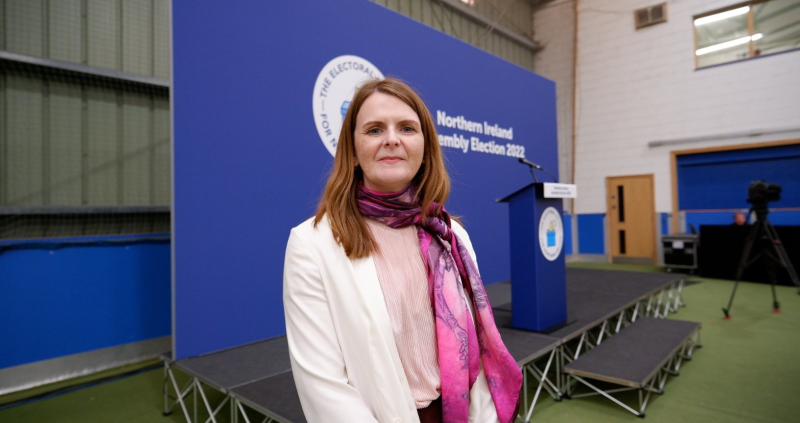 Following her election to East Derry on the tenth count, Sinn Féin's Caoimhe Archibald told onlookers at Magherafelt count centre that it was time to tackle the pressing issues in Stormont.

During her election speech, she began by thanking the electorate and her running partner Kathleen McGurk.

“I want to thank the 11,368 people in East Derry who gave their first preferences to me and Kathleen McGurk on Thursday and to everyone who gave us a preference,” she said.

“It has been a privilege to have represented East Derry for the past six years and an honour to have been given a mandate to continue to do so.

“I want to pay tribute to my running mate Kathleen, who has run an energetic and positive campaign and unfortunately has hit the bar this time.”

The Coleraine woman laid out the agenda for 'real change', saying that 'voters had spoken'.

“Sinn Féin went into this campaign on a positive message that it was time for real change. On Monday, we'll go back to work ready to form an Executive,” she said.

“We want to be able to work with others to tackle the cost-of-living crisis and on the issues that matter to people; health, housing and jobs.

“Over the past few weeks we've all been out knocking doors and we know people want and expect us to get back to work for them.

“The democratic outcome of this election must be respected by all parties. Let us get on with our jobs and get back to working to deliver that real change.”

Claire Sugden made an emotional tribute to her late father.