There were just 15 votes between Cara Hunter and Chris McCaw. 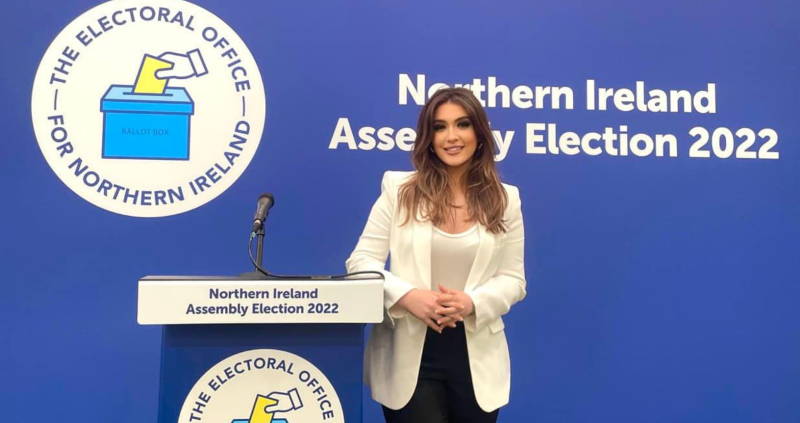 With a full day's counting complete, the East Derry count came to life at Stage 6 following the elimination of the UUP's Darryl Wilson.

The transfers left just 121 votes between Alliance's Chris McCaw in seventh place and the SDLP's Cara Hunter in sixth, with the TUV's Jordan Armstrong next to be eliminated.

It looked likely Armstrong's transfers would decide the final seat in the constituency.

Both DUP candidates – Maurice Bradley and Alan Robinson – had already reached the quota, and with Sinn Féin's Caoimhe Archibald and Independent Claire Sugden edging closer, tipping point was near.

The count proved to be the proverbial knife-edge, with Armstrong's transfers leaving Cara Hunter 17 votes ahead.

Alliance called for a recount, during which they picked up two extra votes to leave the gap at just 15, but despite further protests from their electoral team, the declaration was made.

Had the votes fallen the other way, Alliance would almost certainly have picked up the final seat, with transfers from Cara Hunter and Claire Sugden likely to have taken them over the line.

However, it was a relieved Cara Hunter who picked up enough of McCaw's transfers to edge her ahead of Sinn Féin's second candidate; Kathleen McGurk.

The Alliance transfers also proved enough to nudge Claire Sugden and Caoimhe Archibald over the line, and when the difference between Hunter and McGurk became more than the remaining transfers, the SDLP candidate was deemed elected.

A 16-candidate count, East Derry had been spread across two days, with the final result only coming on Saturday evening, but ultimately, the constituency has returned the same line up of MLAs.

Alan Robinson succeeds his father as DUP MLA for the constituency, while Sinn Féin's Caoimhe Archibald again topped the poll.

Claire Sugden made history by becoming the only independent candidate to be elected three times to Stormont, while SDLP's Cara Hunter took a seat in her first Assembly Election.