'This is the election of a generation, vote for real change on the 5th of May' - McGurk 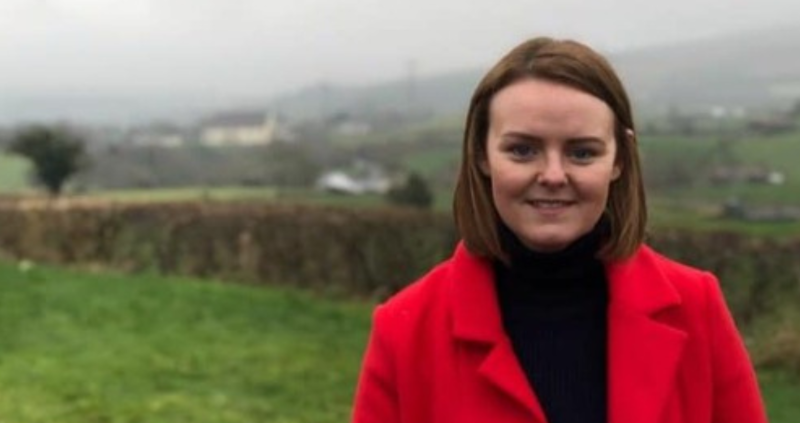 Sinn Féin candidate Kathleen McGurk is urging people to come out and use their vote on May 5.

The East Derry candidate said: “The importance of this election cannot be understated. For the first time in its’ 100-year history, we have the chance to elect a progressive majority in Stormont.

“The people of East Derry have the chance to elect two strong Sinn Féin representatives who are committed to delivery.

“This mandate saw the delivery of progressive and positive change – including legislation on climate change, welfare protections, integrated education, paid leave for parents who have suffered the loss of a child and miscarriage, and a ban on hospital car parking charges, to name a few.

“This is a glimpse of what can be done in the absence of a DUP veto. The more progressive MLA’s that are elected, the less often that important and progressive changes will be blocked.

“Sinn Féin Ministers have worked hard in the Executive and will continue to do so. As Finance Minister, Conor Murphy has ensured that those employed on a government procurement contract will be paid a living wage. That is the core of our politics, we want people to be paid fairly for their work.

“As Communities Minister, Deirdre Hargey has delivered for the most vulnerable of our society; by supporting low-income families with upfront childcare costs, delivering £200 to 280,000 homes across the north to help with heating costs and COVID-19 grants for our sports, arts and community organisations who do such important work.

“We want to get back into the Executive from day one after the election to tackle the cost-of-living crisis, starting with an allocation of £230 to every household in the north, putting money into the pockets of workers and families.

“We also want to invest an extra £1 billion to transform our health service, to tackle waiting lists, to ensure you can see a GP when you need one, to improve cancer and mental health services and deliver first-class care for people.

“This election is about the future. That means providing our children with a modern education, delivering 100,000 affordable homes, making our communities safer and creating good jobs so the next generation has a future here.

“Locally, we will fight to oppose mining, prospecting and fracking, to secure both social and affordable housing for our rural areas and to see the regeneration of Banagher Dam and our towns and villages.

“This is Sinn Féin’s vision for the future. We are leading change across Ireland, and your vote in East Derry will help decide which party leads the Executive.

“We are asking you to follow your local vote management and vote for Kathleen McGurk and Caoimhe Archibald in East Derry on Thursday 5th of May.”