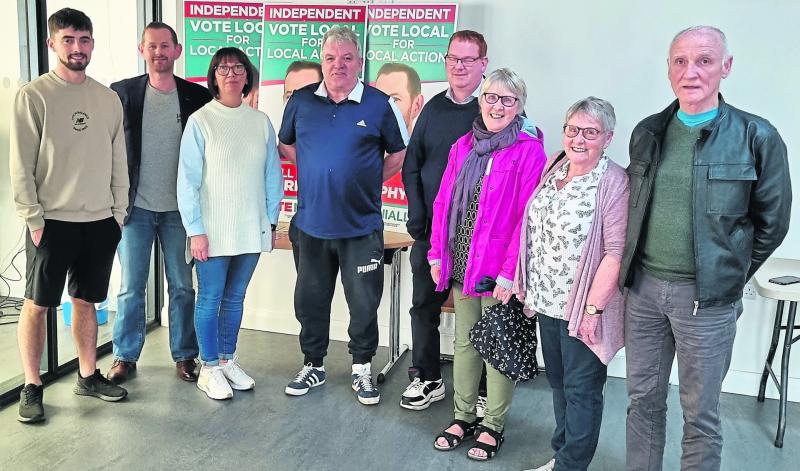 Niall Murphy pictured with some of those who attended Friday night's meeting in Dungiven.

Dungiven- based independent candidate, Niall Murphy says he is bringing his campaign to a close with a clear focus on local action.

During a community meeting held in Dungiven last Friday evening, Mr. Murphy highlighted that he believes an MLA should not only have a focus on issues that can benefit the constituency as a whole, but should also serve a local area within the constituency, in which they live, have strong connections and an ear to the ground.

Mr. Murphy who comes from a well-known and respected Dungiven family and has a background in local community development stretching back over 20 years when he ran a local youth service, The Warehouse and youth mental health Charity L.A.T.C.H – expressed his long held desire to see the town where he grew up, spring back into life.

“Dungiven has great potential, apart from anything else it’s a beautiful place, set in a beautiful part of the country. On top of this we now have some incredible opportunities thanks to the new bypass which if developed properly could generate prosperity for business on the Main Street and employment opportunities more generally,” he said.

“Everyone needs to think about the A6 as an economic corridor, which connects Dungiven with Derry and links in a number of communities surrounding Dungiven such as Claudy, Feeny, Park, Gortnahey, Limavady and Drumsurn.

"By tapping in to City Deal and Growth Deal funds allocated to Derry & Strabane Council and Causeway Coast & Glens Council along with harnessing the potential of local economic development groups such as Glenshane Community Development and by accessing other grants we have huge potential to transform Dungiven and surrounding communities.

“In addition to economic development, local community development and cohesion will be a strong focus of mine. I want to help develop and support existing services such as The Dry Arch Centre and Glenshane Care and fill in gaps in provision locally particularly the gaps in local youth and mental health services.

"I will also want to explore social housing needs and find ways to address the shortage of local housing but combined with an understanding that social housing schemes should have a focus on the long term quality of life of residents not just individually but as a community.

“This is what I mean when I say – vote local for local action.”

Mr Murphy jumped into the race two months ago when he announced his intention to run for the Assembly highlighting the need to make GP services work for everyone.

Revisiting that issue, which will be a major focus if elected, Mr Murphy believes now more than ever that nothing less than a full redesign of GP services is urgently needed.

“The more I have looked at GP services and had the opportunity to talk to dozens of people in the community and listen to their stories, the more I have realised that this a service, not fit for purpose – and it is almost taboo to even bring it up!

"I have invited at least a dozen people to come on camera and talk about their experience with no-one willing to come forward for fear that it will hurt their ability to access GP services going forward.

"In my view to have this level of fear when talking about a publically funded service is absolutely disgraceful and speaks to the depth of the problems we face,” he said.

“When you think about it, our front line health service has evolved into a provision which really only suits the Doctors themselves. 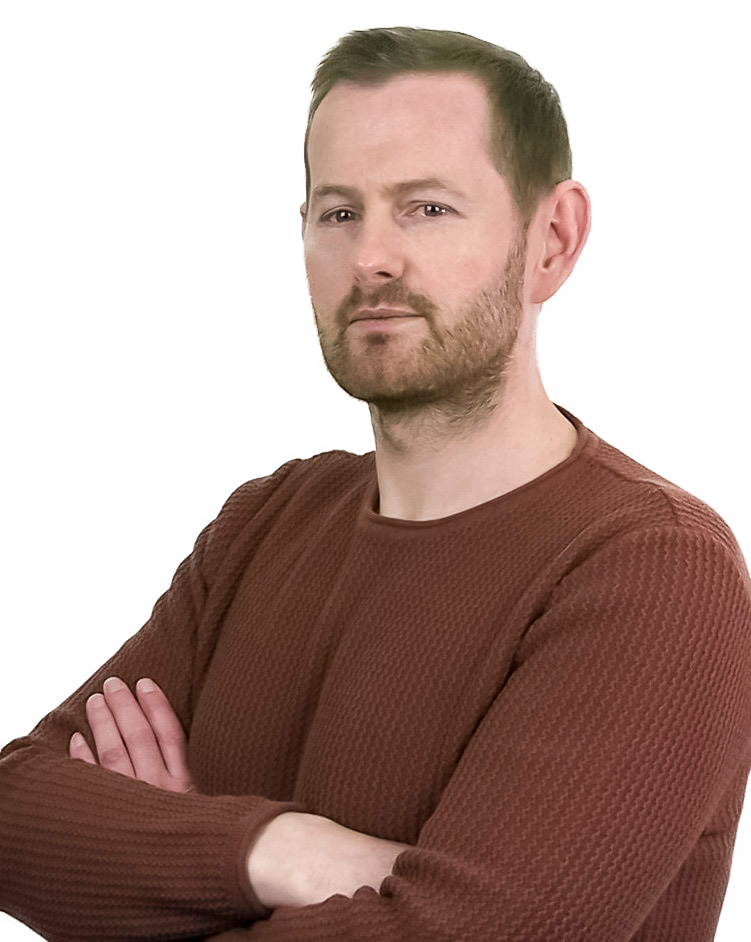 "They only work business hours – in some practices they pick and choose the patients they see, they get paid huge salaries with benefits, based on their high level of skill and competence but when was the last time a doctor took your blood?

"Imagine the time and resources that would be saved if a doctor took your blood while they asked you some preliminary questions about sleep, diet and work!

"But instead the doctor will send you out to book another appointment, only for you to come back on another day and have a nurse do it!

"This is one small but incredibly important example of how Doctors have moved away from practicing medicine to becoming, in effect, office workers.

“There is clearly a need for all of us in the community to consider how we use GP services, to think if we really need to jump on the phone looking for an appointment for every ache and pain.

"But for many, in fact I would say most, the need is real and in many cases urgent so business as usual is no longer acceptable.

“I have a plan for addressing the short term crisis in front line capacity. I would buy GP services from the private sector and direct high need high risk patients there such as older people and parents with young children. 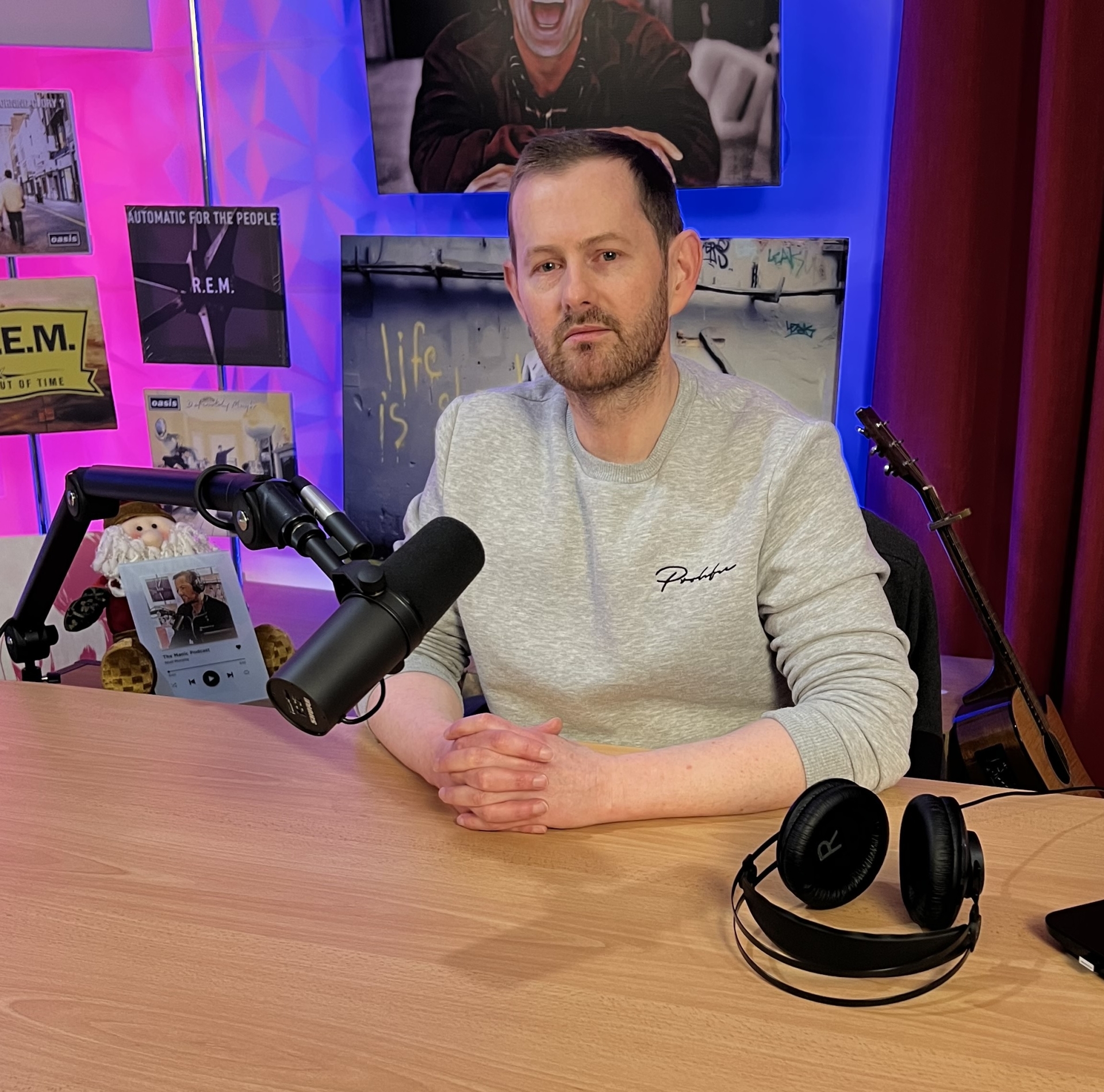 "I would draft in retired and semi-retired nurses and doctors to manage a real telephone triage service which could resolve questions without the need for GP follow-up and for those that went forward provide Doctors with advanced knowledge about the concerns of patients they were seeing.

"And I would pool GP services in geographical areas, which would mean you could be seen by a GP with a free slot from a difference practice, but still in your area.

“These measures would undoubtedly relieve the immediate pressure quite significantly and while I would carry forward telephone triage and pooled services as described above significant additional changes are required to make this services sustainable into the future including much greater local diagnostic capabilities on the part of Doctors and hours of business that reflect peoples needs.

"Illness doesn’t work from 8 to 5, we need a service that reflects this, especially as current out of hours services have become essentially none-existent. We must take pressure of hospitals and one way to do this is by looking long and hard at how GP services work. If elected you can be sure I won’t shy away from the challenge.”

Turning to the election Mr Murphy is urging everyone to come out and vote.

“If only a small number of people who regularly sit out elections come out this time and add your voice to those of us who vote regularly then we can achieve massive things.

"And by that I don’t mean who will sit in which office in Belfast – a question which interests very few people on the ground. I mean results that can have an impact on the ground and which make a real difference to people’s lives.

"With the cost of living crisis and the impact of the rising prices of everything, on people and business – we need elected representatives who understand what this means for ordinary people.

"For example how many politicians are talking about giving protection from repossession to home-owners when interest rates go up, to prevent a repeat of the financial crash that wiped out countless families who lost their homes through no fault of their own?

"How many politicians are calling for a reversal of the recent legislation on diesel use which has imposed a huge new tax on the construction industry?

“This is the importance of the connection to the ground, about understanding issues that affect people and working to improve them. But unless people come out and make their voices heard – it will be more of the same.

"And I think it’s also important to remember that whatever buttons the big parties are trying to push to get you to vote for them, once you do and the dust settles, it will be business as usual – for five years.

"Can Dungiven and East Derry afford that? A vote for me really is a vote for change in so many ways and if you do support me I won’t let you down.”

61% of candidates in the county's three constituencies said they would vote against providing abortion services.
ADVERTISEMENT - CONTINUE READING BELOW