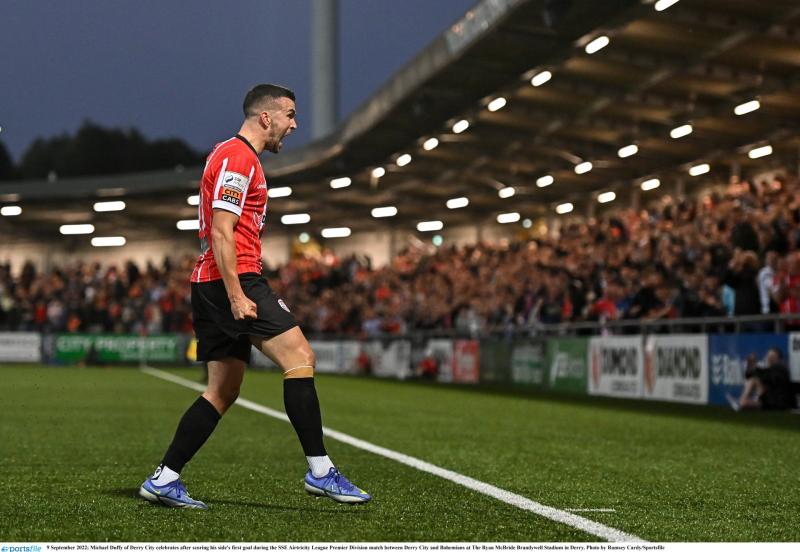 Michael Duffy's wonder goal against Bohemians has been viewed over 700,000 times already.

The goal, which earned Derry City three points in their fight for the league title, has left football fans across the country and beyond shaking their heads in disbelief, and they have watched it again and again on social media.

The goal came in the first half of Friday's win, when Duffy ran onto a pass from Shane McEleney and curled the ball outrageously past Bohemians goalkeeper Joe McCracken into the top corner of the net. The Bohs 'keeper in fact didn't move, with the ball striking the upright on its way into the net.

Duffy's celebrations showed just how important the goal was to him after an injury-plagued season.

"I don't know how many times I've thought of that goal, scoring down there and then running towards the fans, but I didn't think it would be a goal like that to be honest," he said afterwards. "I would have taken anything. That was one of the best feelings I've had in football to be honest. It's up there just because of what I've been through this year."