'Marathon Man' Danny Sheerin was 'an inspiration to all'

Tributes to local legend who competed in countless marathons, half marathons and triathlons 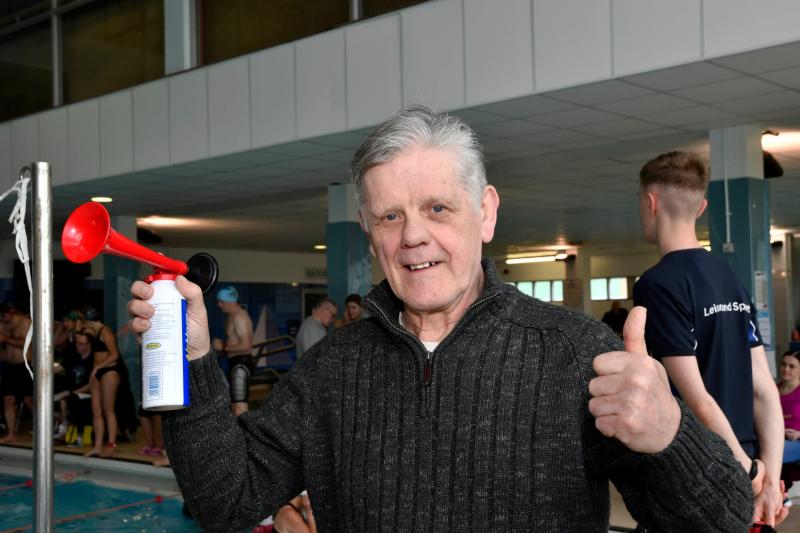 Danny Sheerin was known as 'Marathon Man' due to his incredible record. Pic by Tom Heaney, nwpresspics

Danny Sheerin has been described as ‘an inspiration for all’ after he sadly passed away this morning.

A local legend, Danny competed in countless Marathons, Half Marathons and Liam Ball Triathlons over the years, earning himself the nickname ‘Marathon Man’.

A beloved husband, father, grandfather and great grandfather, Danny made his mark on sport in Derry in so many ways, leaving behind a legacy of sporting triumph and determination.

He said: “You see the thing about Danny Sheerin and it epitomises him. He said to me ‘I’ll never win a prize Noel and I’ll never be first, but I’ll always be there, and if I can encourage someone else to do what I do, that’s brilliant’. It was always about his grandchildren and his children. He encouraged his children and grandchildren to continue in sport. Danny was in sport a lifetime and it was never about Danny Sheerin, it was about what message Danny could put out.  He put a great message and a great legacy out to his family for his steadfast dedication to finishing all these marathons.

"He wasn’t the healthiest of people when he did his last few marathons but he said to me ‘I’ll get over that line Noel, don’t worry about it’, and he did.  He was open and frank about his illness, which I thought was quite good as well and he inspired other people who were suffering in any way.”

Danny was a constant also in the Liam Ball Triathlon, and Paul McGilloway from Northwest Triathlon Club paid tribute to a man who loved his home town.

“He was the perfect advertisement for if you believe you can do it, no matter what your age, then you can do it, and he proved it into his seventies. He was still doing it, in all disciplines, swimming cycling, running, everything,” he said.

“To do triathlons, to do marathons and to do half marathons, you just can’t sit on the sofa and have a wee go at them. You have to have the training done and he did, all the time. From a young age he was a very fit man. He always kept himself in great shape. He was very fond of Derry. He was a big Derry man. Derry was his love – I don’t mean the team – I mean doing sport in Derry. Derry meant the world to him. He would never travel anywhere to do sports, but he always did his local ones. Our condolences to the Sheerin family from all at Northwest Triathlon Club.”