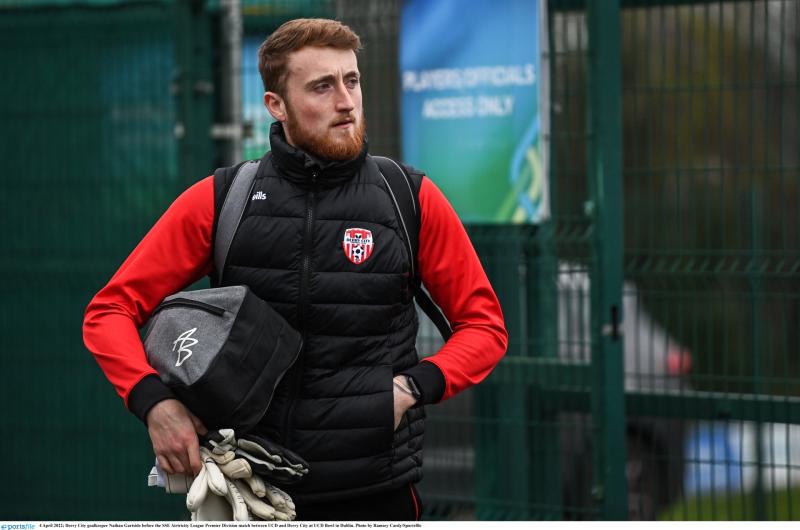 Gartside played 46 times for the Candystripes but has featured only twice this season after losing the number one spot to Brian Maher. The 24-year-old has not featured in the first team since a 1-1 draw at Drogheda in April, and is now hoping for more regular football with the Irish League side.

"Nathan has been a brilliant professional," Higgins said. "He was extremely good last season and he got used to playing games. Obviously that's been taken away from him a bit last year.

"The goalkeeping position is difficult and it's sensitive when he was so used to playing last year and now he isn't. We have had a lot of conversations over the last four to six weeks and he's eager to go and play.

"We just had to come to the right agreement between ourselves and Cliftonville to let that happen, and thankfully over the last day we've got that done. Nathan has been a brilliant professional and he's a really good, and young goalkeeper and we wish him all the best."

“Nathan is a quality young player who will add to what we’ve already got in the squad," he said.

"I’ve watched his progress with Derry for a number of years now and he has always impressed me. Every manager wants serious competition for places right across his team and Nathan’s arrival only increases that in our changing room. He’s a hungry young player with big ambitions and that’s exactly what we want at Cliftonville.”