Former team mate of Will Patching signs on 18-month contract 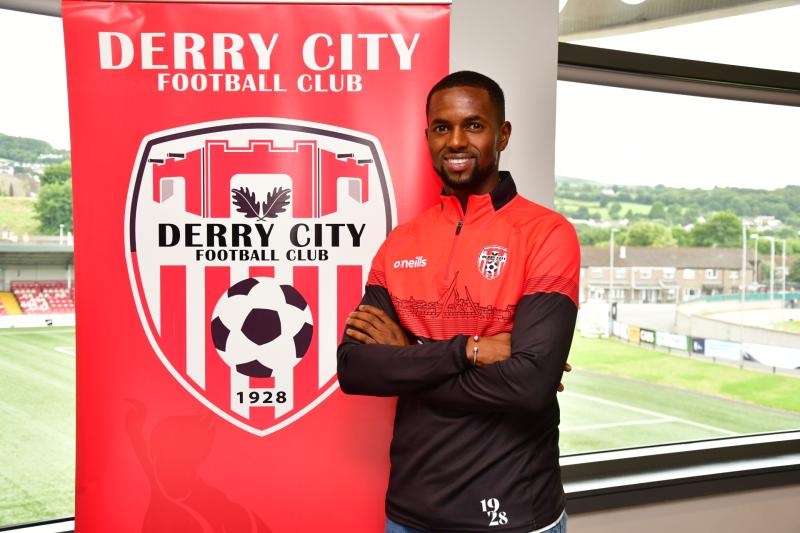 The former Man. City, Wolverhampton Wanderers and Forest Green midfielder has signed on an 18-month contract and arrives at the club on the recommendation of his former team mate Will Patching.

Higgins, who has had his midfield decimated by injuries this season, believes the 23-year-old will bring a lot to his team.

“He’s a really good footballer,” he said. “He’s defensively sound but a really good footballer as well. He can control matches. When we lost Cameron Dummigan out of that part of the pitch, I didn’t think the balance was right so he’s cone into a position I felt we needed. We have a lot of really good attack-midfield players, but he can give us a platform in games to get a hold of the ball and get control of games, and at time slow the tempo down. I think we’ve maybe missed that at times as well.”

Diallo’s friendship with Patching was a big factor in the move happening and Higgins is confident that Diallo can follow in those big footsteps and have a successful career in the League of Ireland.

“I spoke to Will about him as well, obviously, once his name came through to us,” he explained. “Will spoke extremely high of him, both as a player and as a person. I have had extremely good conversations with him myself and he seems a lovely lad.

Diallo is available immediately and goes into the squad to face Finn Harps on Sunday, and having been sold on the league by both Patching and Higgins, he cannot wait to get started.

“I spoke to Will and he had good things to say about the club,” he said. “I then spoke to the manager over the phone and he really sold it to me so it was a no-brainer to come here. Will is a good friend of mine; we played together at Man. City for about six years. We understand the way we play so it will be good to play with him again. I can’t wait.”

I speak to Will all the times and he’s always saying good things.  It’s a good platform, to come here and showcase my ability."