Derry boxers show their worth in Scotland 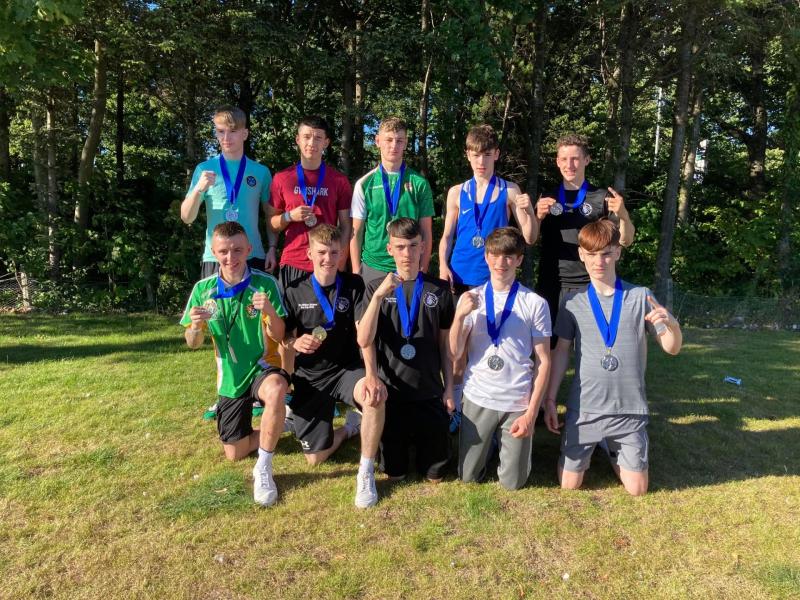 The Co. Derry squad which featured in this year's William Wallace Cup and returned home with ten medals.

The Co. Derry Select team recently returned from the William Wallace Cup in Scotland with a fantastic haul of two gold medals, seven silver medals and one bronze medal.

Representing clubs from across the city and beyond, the Derry boxers certainly stood up to be counted and made quite the impression at the event held at Jonesey's Boxing Club in Stirling.

An event which featured clubs from all across the UK, the action took place over three brilliant days and there once again, the Derry contingent showed that they can match up with anyone as they again excelled to bring home that 10-medal haul against some very tough opponents from England, Scotland and Wales.