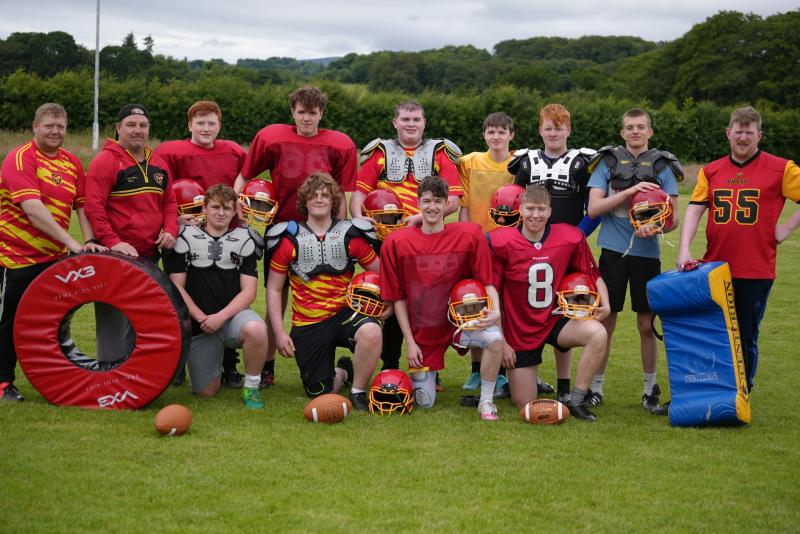 The young Vipers who attended the first day of training with the Donegal Derry Vipers at Judges Road last weekend.

American Football returned to the North West on Saturday past as The Donegal Derry Vipers Youth training began at the City of Derry Rugby Club from 10am-1pm.

There was a good turnout with boys from both Donegal and Derry pulling on their helmets and pads and taking their first steps into full contact American Football.

The coaching team were delighted with the talent on show and believe that they have huge potential to work with this year to develop a winning team from the 2022 Vipers youth squad.

Head Coach Niall Lyons would like to add at least another 5 players to the team over the course of the next 4 weeks to make sure his team can be competitive with the biggest and best in the country.

"Over the next month we intend to take on as many new players as possible, boys and girls are both welcome to come down and try the sport out and see if it's for them. No one is thrown into the deep end, we take it step by step and make sure the player is ready for contact or moving on to the next level", Niall explained.

"We supply all equipment, helmet shoulder pads etc" explained Vipers Youth Head Coach Niall Lyons, all you will need is a pair of boots, a gumshield and a bottle of water. No experience required in the sport, we will teach you everything!" 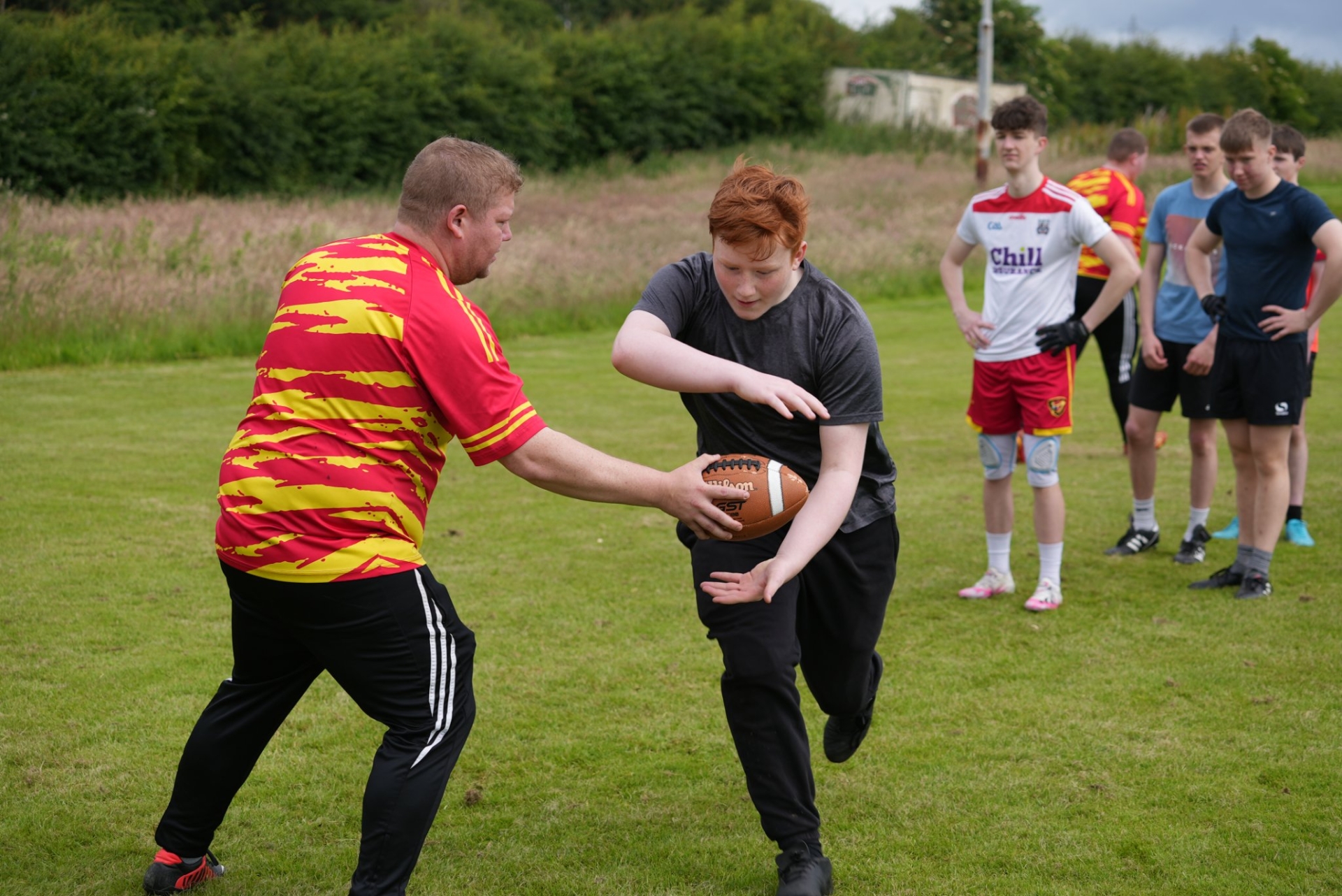 Training continues this weekend from 10am-1pm.

American Football has been growing from strength to strength in Ireland over the last decade and the Vipers already have an established senior kitted team (full contact football) and a flag football team (non Contact football).

Niall's plan is to build on the youth teams opening season in the league last year by adding to their ranks and pushing on to become even more competitive this year.

"Last year we were delighted to get the team up and running and competing against the top youth players and teams across Ireland, especially with Covid delaying things a bit" said Niall.

"We have a fantastic bunch of players from Donegal and Derry, who are now hooked on the sport and are keen to welcome new mates to our squad. American Football has a position for everyone and we really want to encourage you or your child to come out to our first training session and experience it for yourself".

The next training takes place on Saturday from 10am-1pm. Training is for boys and girls from ages 15-18. 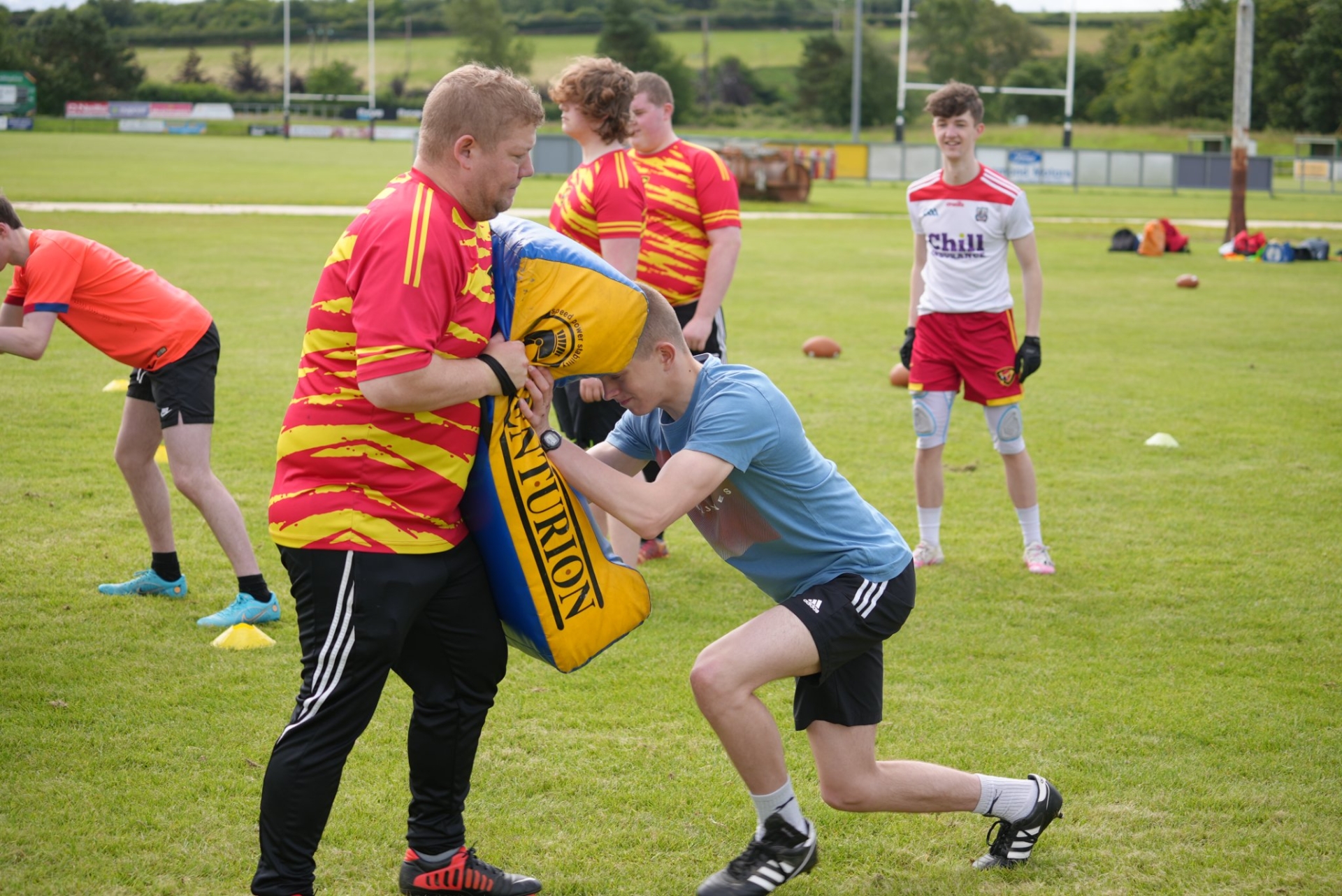 The young Vipers worked hard on day one.

The Vipers have an extremely hard working committee focused on promoting and growing the sport of American Football across Donegal & Derry.

Chairperson Paul O'Donnell would like to invite anyone who would like to join the club as a player/ committee member or volunteer to reach out to them by one of the links above.