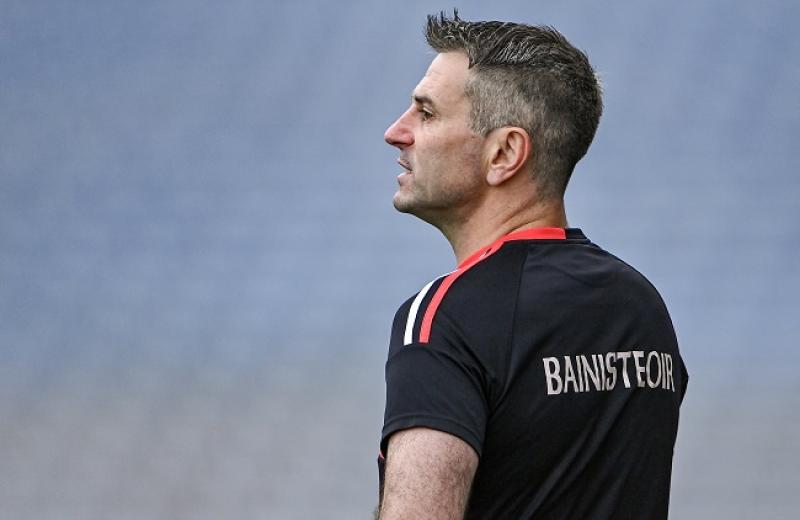 Derry manager Rory Gallagher pleased with the momentum, but says his team must continue to show the desire to improve for every game

Derry football manager Rory Gallagher says he prefers the momentum of winning a provincial championship than anything built up coming through the Qualifiers.

The Fermanagh native's Derry side travel to Croke Park this weekend to take on fellow Division 2 side Clare in the All-Ireland quarter final.

The Munster men edged an epic encounter at headquarters against Roscommon last time out, but Gallagher feels Derry's exploits in Ulster have them in a good place.

“Momentum is a big thing, but we'd rather have the momentum of winning a provincial championship,” he told the County Derry Post.

“Good luck to Clare and it's a brilliant achievement for all the teams that were knocked out in the first round; Clare, Armagh and Mayo, but we'll not worry about that.”

“They are an extremely hard-working, united group, very similar to ourselves in so many ways,” he said.

“They have been down in Munster, and the amount of times they have had to play Kerry has meant they haven't been able to progress there as they'd like.

“They're a very good quality opposition, but to be honest, there is a lot made of the draw, but whoever came out of the hat, we didn't really care.

“We just put our heads down, trained well and prepared. We're down to the last eight teams in Ireland and whoever came out was going to be very difficult.

“We'll just prepare well and concentrate on producing a big performance ourselves.”

After securing their first Ulster title in 24 years, and with a four-week break ahead of the next game, the Derry players have had an uninhibited opportunity to enjoy the occasion.

“In no way did I try and keep a lid on the enthusiasm anyway,” said Gallagher.

“Given the four-week gap, it would have been crazy to try to do anything otherwise. I totally trust them anyway that when we press the button, they're back at training.

“It's parked up now and has been for a number of weeks, and away we go.”

Having been praised for their commitment levels and preparation this season, manager Gallagher feels the squad have enough character not to rest on their laurels.

“It's very easy to be committed; you can't be an elite sportsman unless you're committed. What I would say is that it's been a very enjoyable period of working as one,” he said.

“It's been a very enjoyable period of putting the team first and I really feel we've been very smart about how we've committed.

“If you're a really top level sports team – which we like to think we are – your desire to continue to improve and be successful should never be questioned, but you've got to keep proving that.

“Talk is cheap, but you have to prove it day in-day out,” he added.