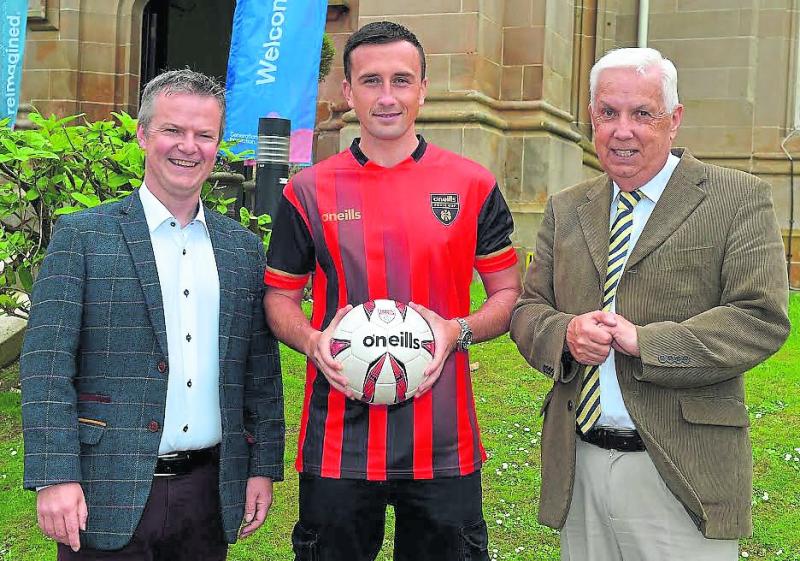 A record number of teams will compete in this year's Foyle Cup youth football tournament which makes a welcome return next month.

A total of 455 teams have signed up for the eagerly-awaited tournament which will take place from July 18-23 with matches being staged across the Derry City and Srabane District Council and Causeway Coast and Glens Council areas.

As well as local teams, boys and girls from clubs throughout Ireland, England, Scotland, Wales, mainland Europe, America and Asia will showcase their skills in a number of underage groups.

Launching this year's event, Aaron McEneff, currently playing with Hearts in the Scottish Premiership, revealed the Foyle Cup was where it 'all started' for him.

McEneff knows full-well the influence the the tournament can have on a young player. Before winning silverware with the likes of Derry City, Shamrock Rovers and Hearts, the midfielder cut his teeth in this famous event with the Derry & District youth side.

Speaking at the press launch at the Magee campus of the Ulster University, the 26-year-old said: “The Foyle Cup is where it all started for me at under-11 and I have nothing but fond memories from then right up to under-16.

“My first Foyle Cup was also the first time I felt like a real footballer, from collecting my tracksuit to walking in the parade.

“It was also a special occasion for my whole family, who have been very supportive the whole way through my career. Derry and the North West have a massive footballing culture so I’m confident all the boys and girls will have a brilliant week and I want to wish them the best of luck competing in this year’s event.”

He added: “It’s fantastic to be able to host this prestigious tournament once again, and what’s even better is that the anticipation this year has been higher than ever following a two-year hiatus due to the pandemic.”

Concluding, Mr Devlin said: “We can’t wait for the 2022 edition to get underway and we’re delighted to have secured a successful local footballer in Aaron McEneff to take part in the press launch.”