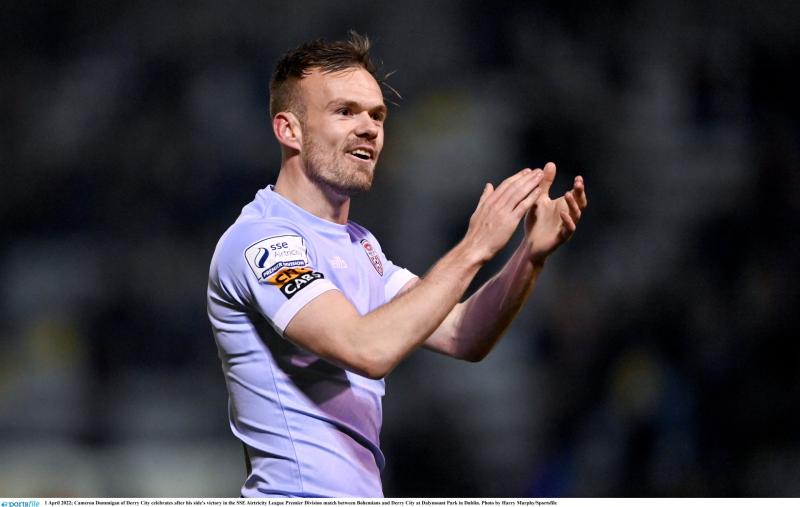 Cameron Dummigan has pledged his future to Derry City.

Cameron Dummigan has signed a contract extension at Derry City that will see him remain at the Brandywell until the end of 2024 at least.

The 25-year-old joined from Dundalk at the end of last season and has been a superb addition to Ruaidhri Higgins’ team, appearing in all 15 of the Candystripes’ games so far this season. Dummigan has also scored two goals and provided two assists and is a key component behind Derry City’s fine season so far.

Dummigan praised his manager Higgins and admitted he was key to him pledging his future to the club.

"I'm really enjoying it here and the coaching staff, players and supporters have been brilliant since I joined,” he said. "It's a great club with great people and I'm very happy here."

"I’ve worked with Ruaidhri for numerous years at Dundalk but this is the first year working with him as a manager an I’ve really enjoyed it." I like the way he wants us to play. He’s done an amazing job since he’s came in as manager."

"We have good players here but we know every game is difficult in this league so we’re not going to get carried away because we know every team is going to try to strengthen. It really is a game at a time and try to build a base that will hopefully bring success to the club."

It is yet another boost for the club ahead of a key game at Shamrock Rovers tomorrow night and Higgins is delighted to retain what he feels is one of the best player in Ireland.

"This is brilliant news for the club given Cameron's excellent form this season,” he said. “He's been one of the best players in the league so far and it says a lot that he's prepared to commit to staying."

"He's clearly enjoying his football here and at just 25 years of age I'm confident we're going to get his best years."

"Philip and the Board share the same vision as us and I think it's clear that we're building a squad here that is going to be very competitive over the next few years. Cameron joins a number of players now on long-term contracts and I think our supporters and everyone connected with the club will be excited with the business we're doing."