The Donegal woman moves to the Candystripes from Sion Swifts 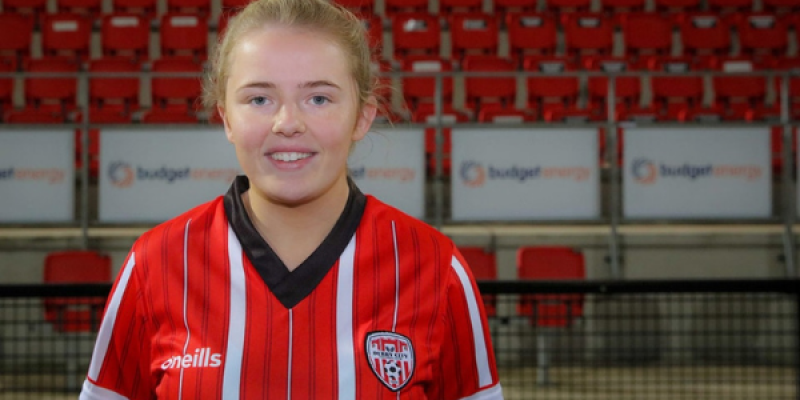 Derry City confirmed the addition of Kerry Brown to their senior women’s team.

The Greencastle woman makes the move to the Brandywell having played for Sion Swifts.

The 18-year-old attacker is a Republic of Ireland under-17 and under-19 international. Last month, Brown scored twice in two friendly wins over Russia in Spain.

'Brandywell boy' will never be forgotten

He said: “Having previously coached Kerry at Greencastle FC with the boys u14 side, it was clear to see that it was only a matter of time for her to burst onto the women’s international scene.

“Kerry comes from a long list of names that has cut their teeth in Inishowen football to further go on and represent their country.  It is scary to think that she is still under-19, and I believe that she has the potential to be the brightest star of anyone who has come before her in women’s football from the North West and possibly beyond.”

Brown, a first cousin of Republic of Ireland senior international Roma McLaughlin, is following in the footsteps of former Greencastle FC and Derry City FC Women players like Gemma McGuinness and Eimear Lafferty who have also represented Republic of Ireland at underage level.