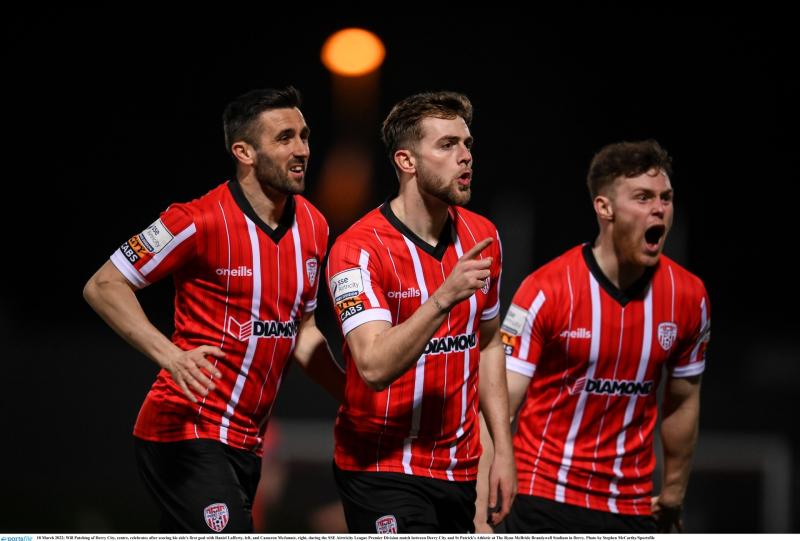 The midfielder, who had given City the lead early in the game, took aim and found the bottom corner from 25 yards to make it four wins from six games for Ruaidhri Higgins’ men this season.

City got off to the perfect start as they opened the scoring after just four minutes. A terrific build up saw Cameron Dummigan switch play to the left wing where Danny Lafferty pushed the ball inside to find Will Patching and the midfielder took one touch before curling the ball around Joseph Anang and into the net from 20 yards.

St. Pats’ efforts were finally rewarded right at the start of the second half as they equalised in spectacular fashion. A free kick into the area wasn’t cleared properly by Derry and when the ball fell to Tom Grivosti 20 yards out, he curled the ball brilliantly beyond the reach of Maher into the top corner to make it 1-1.

The home side left the best to last with Patching sending a bullet of a shot past Anang and into the net to win the game for Derry City with 93 minutes on the clock.