McKaigue to lead Oakleaf men for 2022 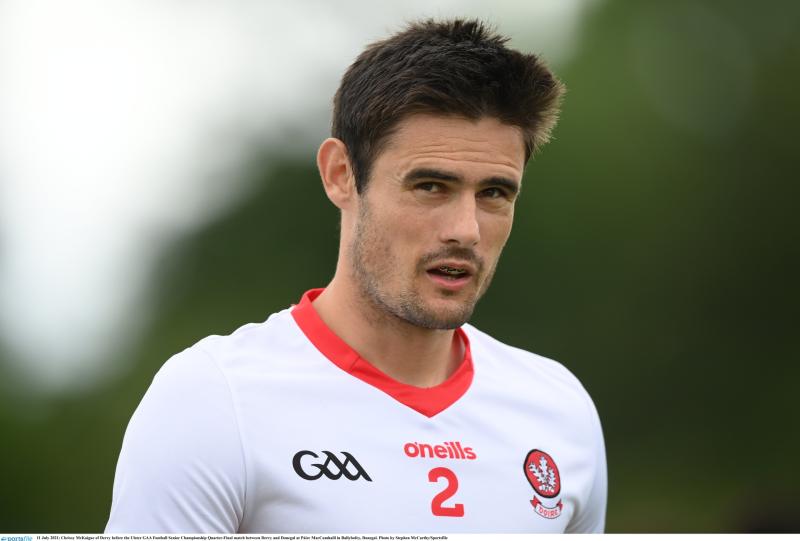 Derry GAA have confirmed that Slaughtneil man Chrissy McKaigue will captain the senior footballers for the 2022 season.

McKaigue is returning to the Oakleaf set up after his club side Slaughtneil lost out in the All Ireland senior club hurling semi final to Munster champions Ballygunner in a thrilling encounter on Sunday in Parnell Park.

The Derry men will host Down in the Allianz National Football League opener this Saturday at 6pm at Owenbeg, with a winning start being critical to the Oakleaf men in a very competitive League 2 set up which will also see them go head to head with Offaly, Cork, Clare, Roscommon, Galway and Meath throught the campaign.

Anyone unable to attend Saturday's league opener at Owenbeg can stream the game live on BBC Sport NI via the BBC iPlayer and BBC Sport NI website.