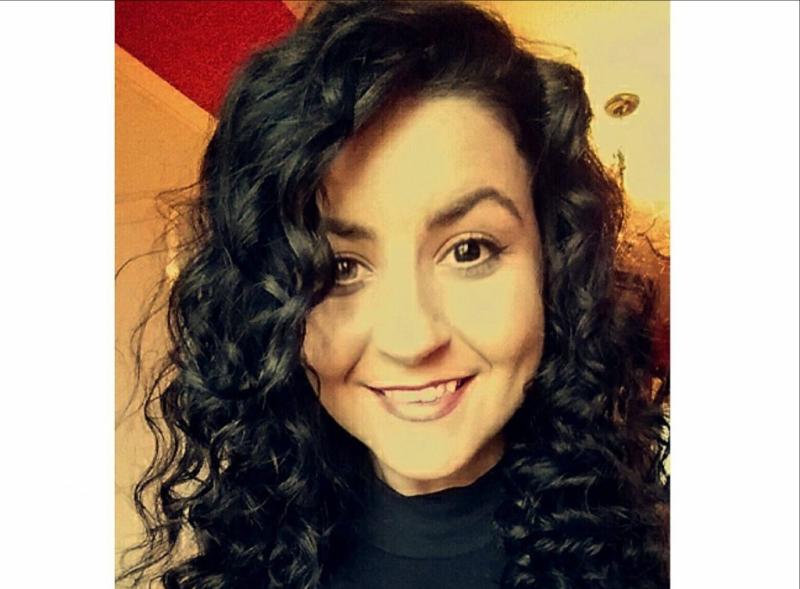 A young Derry woman died just three days before Christmas when the car she was driving veered over onto the wrong side of the road as she returned home from work in Donegal.

Amy Loughrey, a 25-year-old from Seven Oaks, Waterside, Derry, was working in The Red Door, Fahan and was going home when tragedy struck on the night of December 22, 2016.

Ms Loughrey was involved in a two-car crash a Glebe, Fahan, and was killed instantly, an inquest into her death heard. The collision happened in the Buncrana-bound lane of the road.

Mr Andy Stewart recalled hearing a loud bang outside his house as he was watching TV. He rushed to his front gate where he saw a crashed car. He checked for a pulse on Ms Loughrey, but found none. He remembered that Ms Loughrey had only a small cut, but otherwise there wasn’t a mark.

He ran to the other vehicle, a Ford Focus, and told how a male driver, Mr Gareth McCracken, was ‘in severe pain’.

Mr Stephen McHugh was on his way home to Buncrana having been at the cinema with his girlfriend, who was in the passenger seat.

He remembered a silver Ford Focus passing him and traveling in the same direction.

“The car seemed to glide past,” Mr McHugh said in his deposition. There was ‘nothing remarkable’ in how the Focus was driving, he said.

After seeing a ‘cloud of smoke’, Mr McHugh dialled 112 and requested the emergency services.

“I knew there was nothing that I could do,” he said, recalling how he saw that Ms Loughrey was motionless.

Mr McCracken was driving home from his part-time job as a cleaner and maintenance worker at Letterkenny Shopping Centre. He finished work at 10.30pm and told how the road was quiet as he drove home.

In his deposition, Mr McCracken recalled seeing a car coming around the corner ‘drifting with its tail out’.

“The car seemed to overcorrect itself and shot across the road,” he said. “The passenger side was facing towards me and I had no time to react. The next thing, there were yellow jackets all around me.”

Mr McCracken sustained injuries to his neck, suffered a broken bone in his back and broke his left wrist. He was in a back brace and has not been able to work or attend college since, he said.

Ms Loughrey’s car, a Fiat Stilo he said, ‘just wiggled’ before the impact.

He said he didn’t have time to break and did not feel any risk until the moment of impact. “It happened far quicker than you think,” he said.

Retired Garda Gerry Vaughan told how a priest attended the scene and administered the Last Rites and Dr Cassidy pronounced Ms Loughrey as deceased at 11.45pm.

There was no suggestion of alcohol on either party, tests showed.

Public service vehicle inspector Garda Damien Mulkearns said there was ‘very extensive’ damage to both vehicles, which were described as being in a ‘serviceable’ condition pre-accident.

The front bumper, headlights, grill and radiator were gone from Ms Loughrey’s car. The passenger door was pushed over to the driver seat while the front wing and wheel assembly were smashed.

The passenger seat was displaced behind the driver’s seat and the passenger cabin area was ‘destroyed’.

Mr McCracken’s car sustained ‘massive frontal damage’ which was concentrated on the passenger side. The front wing was smashed and the wheel assembly displaced.

The bumper, bonnet, headlights, grill, radiator and chassis legs were all smashed, while the rear boot lid and light clusters were damaged.

“The impact was severe,” he said.

The weather was wet and overcast, he said. It was the opinion of Garda McCauley, taking into account the dark, wet conditions and the applicable 60km/h speed limit, that Mr McCracken had not taken into account the pervading conditions, other road users and the blind corner.

There was no evidence from the scene that could quantify speed, he said, but he said he was ‘absolutely satisfied’ that Mr McCracken was driving above 60km/h.

Garda McCauley said it was his opinion that the Ford Focus was being driven at a speed that exceeded that with would enable the driver to bring it to a halt within the distance which the driver could see to be clear.

Barrister for Mr McCracken, Mr Peter Nolan BL, asked how it was possible to do so when a car ‘out of control’ came around the corner. Garda McCauley said he was merely commenting on the rules of the road.

“Force is not the same as speed,” Mr Nolan said, arguing that the rule mentioned was to deal with ‘rear-end accident situations’.

Dr McCauley said that Ms Loughrey’s was ‘an accidental death’ and she died from a lethal brain injury as a result of a road traffic accident.

“This was just tragic, terrible,” Dr McCauley said. “The circumstances brought home how tragic it was.”

Dr McCauley and Sergeant Sean McDaid passed on their condolences to the bereaved family.

Mr Nolan, who conveyed the condolences of Mr McCracken, said: “It was an awful waste of life. It was an accident and, regardless of how or why it happened, it was a tragic incident.”

Mr Patrick McDaid, solicitor for the Loughrey family, added: “The Loughreys received a phonemail that none of us, as parents, want to receive.

“We can never take away that someone lost a life and some family is without someone who should be here. The time of the year just made it worse.”