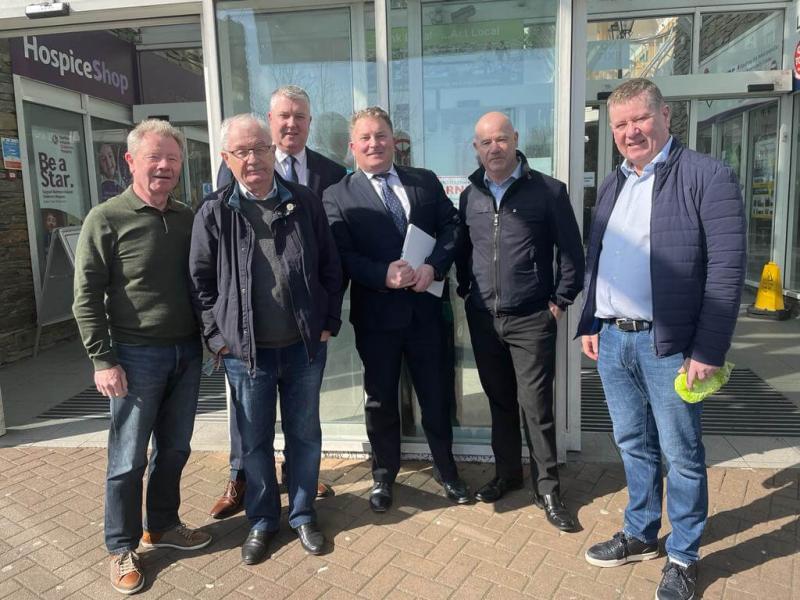 “It was with regret that we were forced to bring these proceedings in the first place,” insisted Mickey McKinney after the High Court quashed the Public Prosecution Service's (PPS) decision to drop the murder case against Soldier F for killing of his brother William on Bloody Sunday.

The High Court ruled that the PPS should re-think the decision to dismiss the case of Soldier F who had been charged with the murder of William McKinney and James Wray on that fateful day when 14 people were killed.

However, the Court ruled that challenges to the PPS dismissing charges to other paratroopers regarding the deaths of Mr McKinney, Jackie Duddy, Michael Kelly, John Young, Michael McDaid and Bernard McGuigan should be allowed to stand.

Mickey McKinney said: “We are delighted for our own family but also for the family of Jim Wray and those who were wounded in Glenfada Park.

“It was with regret that we were forced to bring these proceedings in the first place but the PPS did not engage with us properly in respect of its decision making, but in fact came to Derry last July and presented us with a determination it had already decided upon.

“As the Court has remarked today, this was in breach of the Charter for Victims and forced our hand.”

Representing the families of William McKinney and James Wray, Ciaran Shiels of Madden & Finucane said: “We warmly welcome the decision of the Divisional Court today to quash the decision of the PPS to discontinue the prosecution against Soldier F for two counts of murder and five counts of attempted murder.

“The PPS must now review its decision taking into account this court’s judgment, and properly applying the principals and guidance provided today by it.

“We would call upon the PPS to move immediately to re-institute the proceedings at Derry District Judge’s Court against Soldier F and to secure his committal for trial in the Crown Court.

“The families continue to be vindicated in their long pursuit of justice.

“We will now study this long and complex judgment and consider if there are any further legal remedies available to families in respect of whom there will be no prosecution of any soldier.”

Foyle MP and SDLP leader, Colum Eastwood, welcomed the decision but also said that his thoughts are with the families of Jackie Duddy, Michael Kelly, John Young, Michael McDaid and Bernard McGuigan who did not receive the news they wanted today.

He said: “I welcome the judgment made by Lady Chief Justice Keegan today.

“The decision to discontinue the prosecution of Soldier F caused deep hurt among victims and their families in Derry but today’s ruling makes clear that the rationale for the decision was also flawed.

“The admissibility of previous testimony is an issue which could be determined by a judge at trial. The PPS must now seriously reconsider its decision to discontinue the prosecution.

“While this will give hope to the families of William McKinney and James Wray, who have been campaigning for justice with dignity for decades, I am keenly aware that there are others who will be bitterly disappointed today. My thoughts are with the families of Jackie Duddy, Michael Kelly, John Young, Michael McDaid and Bernard McGuigan. I know that they will continue to defend the dignity and memory of their family members.

Sinn Féin Foyle MLA, Pádraig Delargy, insisted there could no longer be an amnesty for killings connected to British State forces during The Troubles.

He said: “I welcome today's ruling by the High Court overturning the original decision by the PPS to drop murder charges against Soldier F.

“This is a step forward for the Bloody Sunday families in their ongoing campaign for truth and justice.

“There can be no amnesty for British state forces who murdered Irish citizens.

“The Bloody Sunday families have never faltered in their search for truth and justice and have campaigned with dignity.

“It also highlights the need for the Stormont House Agreement legacy mechanisms to be implemented in full so that all families can get access to truth and justice.”