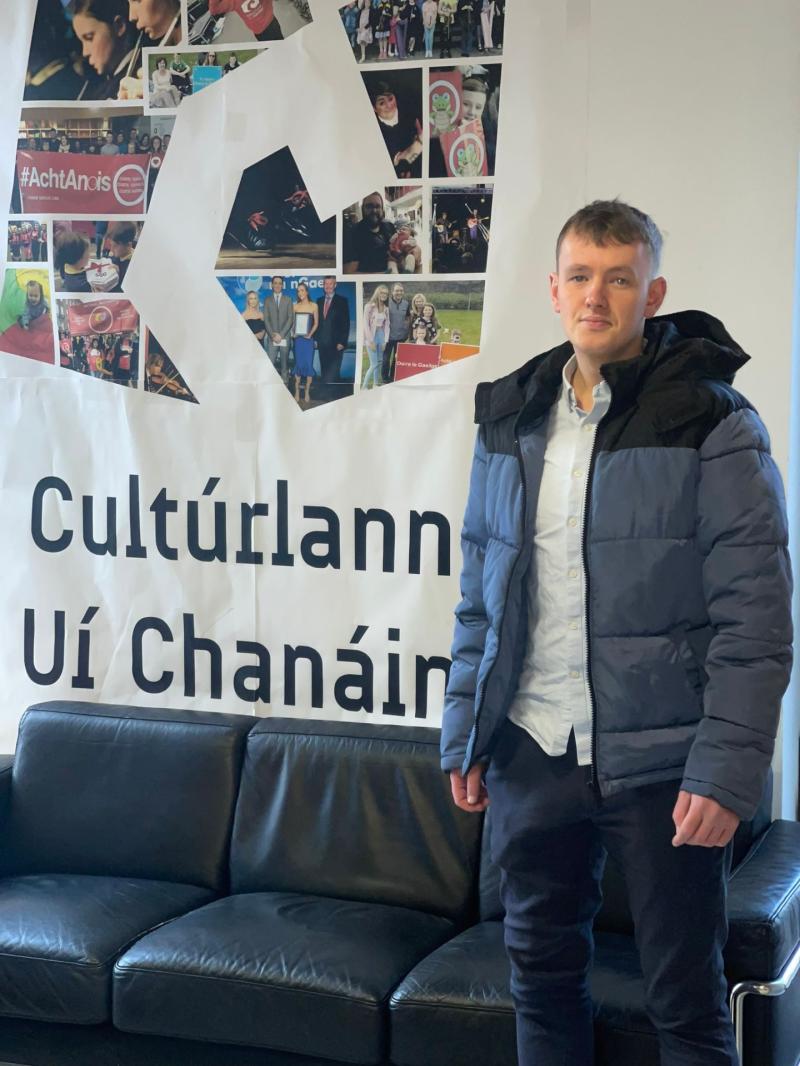 Foyle MLA Pádraig Delargy: "The Irish language community have been waiting 15 years for the British government to live up to its promises to bring forward an Acht Gaeilge."

Foyle Sinn Féin MLA, Pádraig Delargy, has said the British government must stop dragging its feet and get on with legislating for an Irish Language Act.

The Act was meant to be put in place after the St Andrews Agreement of 2006 but so far that has not happened.

Sinn Féin's coalition partners in the Stormont Executive, the DUP, have continually railed against honouring the agreement of St Andrews to put the Act into place – despite the DUP agreeing to it again in the New Decade New Approach (NDNA) deal of 2020.

This week, the Minister for Northern Ireland, Conor Burns, told a Parliamentary Committee that Westminster would pass legislation for it ahead of May's NI Assembly elections.

However, Mr Delargy insisted that this be done speedily given the Act should have been passed many years ago.

He said: “Today the British Government has said once again that it intends to legislate for Acht Gaeilge (Irish Language Act) before the next Assembly Election.

“That legislation needs to faithfully reflect what was negotiated and agreed by the two governments and the political parties in the New Decade New Approach.

“Irish Language legislation is crucial to delivering rights and guaranteeing protections in law to an ever-growing community of Gaeilgeoirí across our island.

“The Irish language community have been waiting 15 years for the British government to live up to its promises to bring forward an Acht Gaeilge.

“The British government needs to end the delays, honour its commitments and implement its agreements and end the denial of rights to the Irish Language community.”

Earlier this week Conor Burns had told Parliament that the legislation needed to be passed before the Assembly election so that it does not “become a contentious element of what is already going to be a pretty contentious election campaign”.

He added: “The legislation is pretty much ready… it remains our commitment but we’re obviously disappointed it wasn’t taken forward as an NDNA commitment where it sat with the Executive and the Assembly.

“I can’t give you a specific time… the Secretary of State (for Northern Ireland) was genuine in his desire to bring it forward by the end of October, we didn’t do that for a variety of reasons, other business, timing, matters politically but we remain committed to the undertaking that we’ve given, that were it not legislated for in Stormont, we will do it here in Westminster and that remains the case.

“I think what I can say very candidly is that it is our expectation that this is not going to be passed by Stormont before the end of the mandate and that we are absolutely expecting that we are going to have to do this in Westminster and we remain committed to bringing this legislation forward in Westminster.”