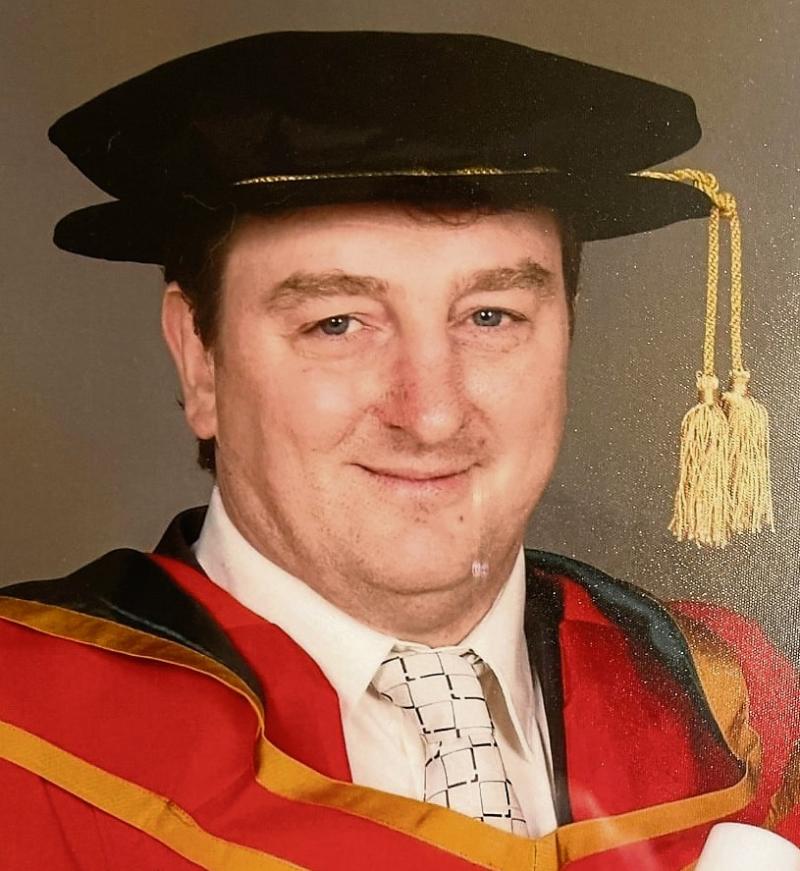 Tributes have been paid to a local award-winning writer who has died.

Liam Campbell, described as a 'gifted writer, scholar, musician and academic,' passed away in Altnagelvin Hospital on Friday last.

His play, The White Handkerchief, is to receive its premiere in Derry next month as part of the upcoming 50th anniversary of Bloody Sunday.

The production's title is inspired by the photograph of the then Fr Edward Daly, later to be Bishop of Derry, waving a white handkerchief as one of the victims, 17-year-old Jackie Duddy, is carried from the Bogside past British troops.

The play is one of a number of events being organised by the Bloody Sunday Trust whose director, Maeve McLaughlin, described Mr Campbell as a 'genuine talented unassuming Derry man.'

She added: “We are deeply saddened to learn of the passing of Liam Campbell.

“It is particularly poignant that Liam did not get to see his work The White Handkerchief premiere as part of the 50th anniversary of Bloody Sunday.

“We recently received a short except of the production which was both emotional and empowering.

“Liam has left us all with this important cultural legacy.”

Ms McLaughlin concluded: “On behalf of the Bloody Sunday Trust and Bloody Sunday families we extend our deepest condolences to Liam's family and friends.”

In a post on social media, the Playhouse said: “It is with great sadness that we write that our friend Dr. Liam Campbell has passed.

“A gifted writer, scholar, musician, and academic, published both creatively and academically.

“A very funny man. A man with great wit and warmth, shown in character and storytelling.

“A listener with great knowledge.

“A man interested in, and interesting about, any topic- driven by a constant desire to contribute to and engage with artistic creativity.

“As an academic he gave many talks across Europe and America on storytelling and the literature of the 20th century.

“He explored new evidence that the world-famous landscape and Celtic legends of the West of Ireland inspired Tolkien’s masterworks The Lord of the Rings and The Silmarillion. 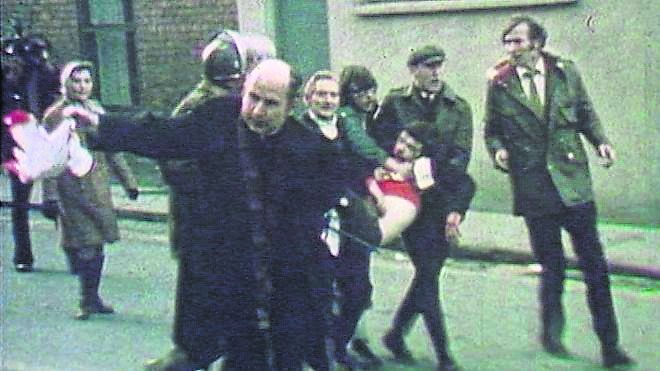 The photograph that inspired the title of Liam Campbell's play The White Handkerchief.

“With 10 years’ experience working as an arts coordinator in both the community and formal education, he was inspired by the power of artistic creativity, peacebuilding and positive social change; and delivered creative arts workshops and trained other facilitators across Europe and USA.”

Mr Campbell's debut full-length play The Harbinger was winner of the Greer Garson Theatre award and was shortlisted for best new play by an Irish author.

Another, The Bog Couple, enjoyed a sold out run and standing ovations at The Playhouse and Millennium Forum and his play The Monk, The Bird and The Priest was described as 'really really powerful' (BBC Radio Ulster) and 'harrowing, hard-hitting and heart-wrenching.'

His latest and final work, The White Handkerchief, which will premiere in the Guildhall and broadcast across the world, is described as 'beautiful elegy, a message of love and hope to and for our city.'

He is survived by his wife Liz, sons Christopher, George and Jordan, and daughter Wendy.