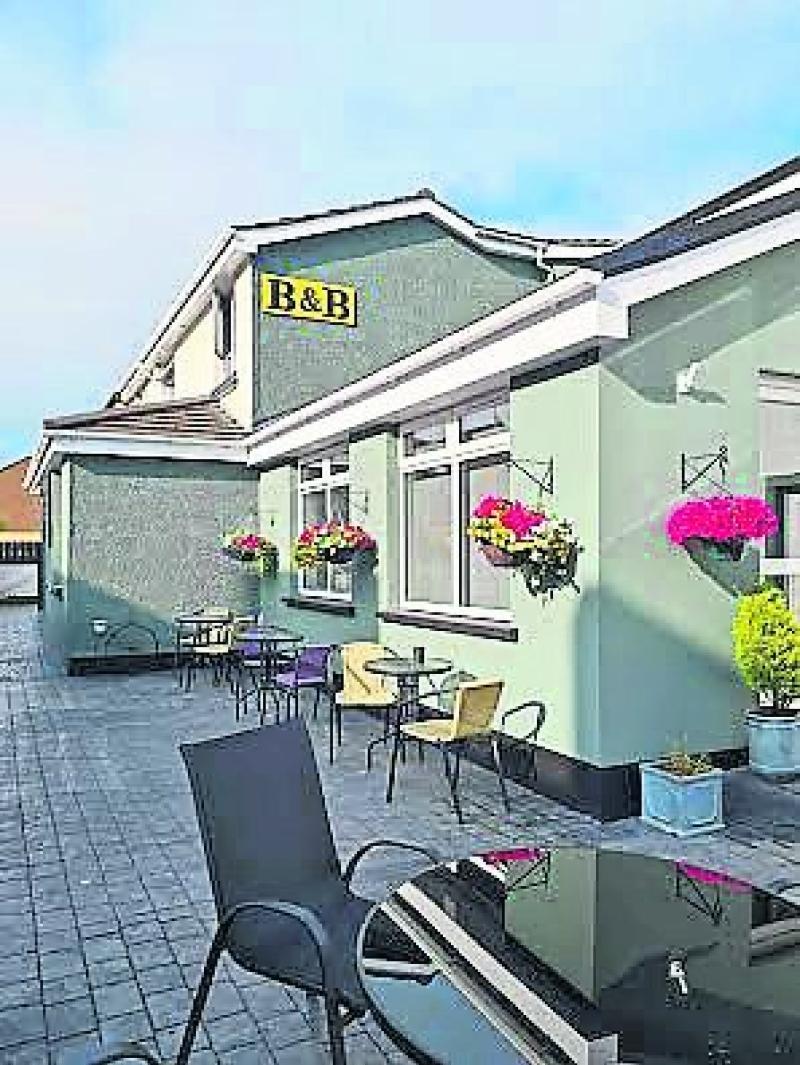 Seamus Kennedy and his wife Helen bought 4 Abbey Street in 1998 with the plan of opening a bed and breakfast on the edge of the Bogside.

In 2000, they opened the Abbey Bed and Breakfast. It would be the first established B&B in the Bogside area of Derry.

The Kennedys had a café in Strabane for nine years after they returned from London in 1992.   Over the last two decades, the couple have hosted many famous faces including many music stars of the city.

“Notably, we have had Irish music legends, Andy Irvine, Donal Lunney, the McAuley brothers from London, Paul Heaton, lead singer of Housemartin’s and The Beautiful South, celebrated his 50th birthday here.  Jive Aces,  Ripetide  Movement, Dana visited once and two years ago we had a member of the Dubliners Sean Canon who came for a weekend on the 50th anniversary of when the Dubliners came to Derry in August 1969 to play at that very famous fleadh; a room at the Abbey is called the Dubliner Room as this is the same room that Luke Kelly, Ronnie Drew and boys slept in sleeping bags that weekend so there is history inside these walls.”

The B&B has also seen Celtic football legends such as Tommy Gemmell, John Fallon, John Hughes, Charlie Gallagher, Allan McINally  spend nights at the popular B&B.   Seamus continued: “Our clientele is very diverse from having three of the different priests from the comedy series Father Ted to a model lifeguard from the USA show, Baywatch staying with us. She enjoyed Derry so much she returned again with her family on a trip a few years later.

“When we had the tea room open, it is now closed, John Voight, the actor, spent a few hours there with his friends and George Galloway was in around the same time.

“But the real interesting people are always the ordinary guests from everywhere.

“People like our local musicians such as my friends Stevie O'Carolan, Robert Peoples, Tomas Quigley, Ramonn Feguson, Kevin Quigley, Eamon McLaughlin, Anne Marie Hickey, the band, Connla, Gabby Fitzgerald, Johanna Fegan and many more have all performed at the Abbey for fundraisers. They’re the real music stars of this city, there are too many more to mention.”

The many faces, including famous faces who have stayed at the Abbey are testament to the hospitality that Seamus and Helen provide.

Seamus said: “We say what we are and never pretend to be bigger than just a traditional, but unique, boarding house. We provide guests a clean and comfortable en-suite room, good wi-fi is important nowadays, good breakfast and a bit of craic with four lounge rooms to relax.

“There is no secret, just be nice to people but still retain a level of respect, diplomacy and distance. Although many guests have become friends so that is a different experience. 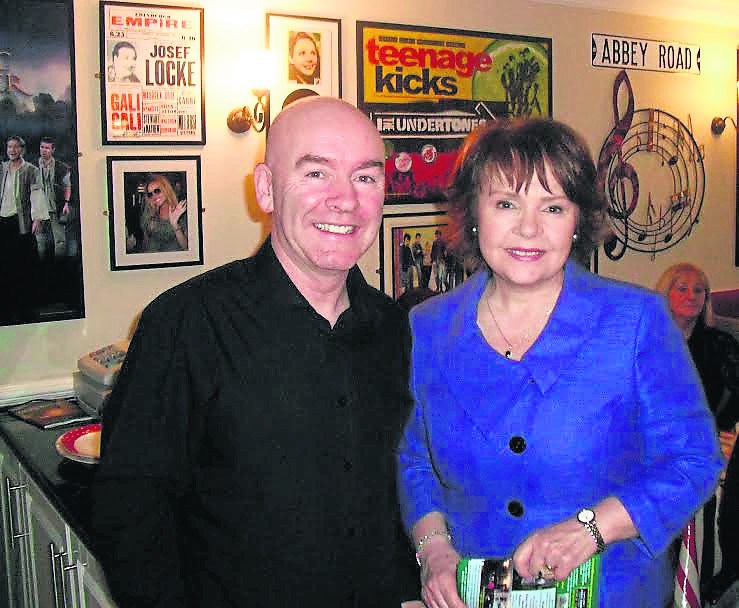 “Our location is our strongest point, three minutes on the flat to Waterloo Place is good in a hilly city like Derry. Our external environment is great and I will go on record and say there are no finer or more patient people than the ordinary Bogside person. The young people are all great and many who were weans back then, now carry their own children on their shoulders, Ireland’s most honest people through my eyes.

“However, the most important part is having a very understanding wife in Helen who is also a wonderful cook, along with our great housekeeper Eli. Guests are well looked after. It is also very important to mention that down through the years we have always had wonderful supportive staff - they know who they are - who gave a lot of their personality to the business along the way. I will always be grateful to them. Great Derry women have always carried this city and that is still very much the case today.”

Due to the pandemic, Seamus and Helen had no business for 18 months. Seamus continued: “It was like a complete break. It has been a terribly sad time for many people and like a lot of people in this town I suffered personal grief during this period. We lost my beloved brother, who is one year younger, from cancer so I was grateful to have so much time off to spend with my family and with close friends who also lost loved ones.

“Business is not important when something like a pandemic breaks out but family and friends and people always are.

“Beauty only lives and dies in the heart, that really is what matters in this life as it flies by for us all.”

Seamus was born and raised in the hills of Donegal into a very large family in Inver, in the south west of the county.

However, he was  persuaded to settle down in Derry after he met Helen, from Derry herself, “Once you meet a Derry girl, they can be very persuasive, and I met the best,” he said.

Looking to the future, Seamus hopes to have many more years at Abbey B&B. He hopes to focus on his other interests and introduce them to the business, “I seldom look past the current day but I hope to be there for quite some time yet.

“I have other interests that I aim to introduce to the business all revolving around music, literature and most important to me right now is my native language. 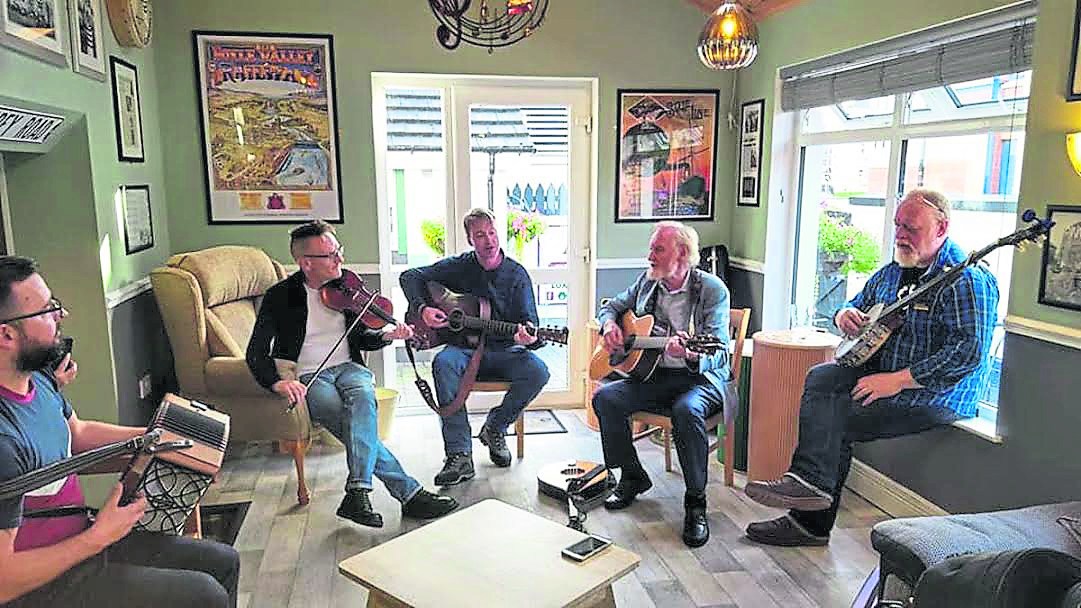 “Everything I do from now on will have my language involved even though I am still learning and far from fluent but we can all use and promote what little we know and use daily, we have already introduced Irish language inside the building, our new glass protective permanent screens at reception and serving area are inscribed in Irish and that is just the beginning.

“The dynamics of accommodation changes all the time and the onslaught of Airbnb's have affected all areas of this sector from the top end of the chain, down. I still maintain it is no substitute for the real hands-on experience, it’s really just a new name for self-catering.

“A diverse offering of accommodation is always welcome and I wish everyone the best of luck that ventures into offering interesting and different types of accommodation there is always enough to go around. People are always looking for interesting places and to see new things to do or visit and Derry is a great city that is slowly on the up.

“As someone who has worked in the tourism and hospitality business for almost 30  years, I am disappointed that Derry is nowhere near where it ought to be.

“I want them and everyone else to love Derry the way I feel it. For me, Derry going forward should be all about language, music, peace and respect for all. Forget the old norm, the new normal in the town we love so well should be much better, I believe it will.”

Seamus hopes for Derry to build on its tourism culture with its rich history. He believes with the musicians and music that were born in the city, it should be a 'music mecca.'

Also, that the literature and language within the city should be a key part of the culture projected within it.

Seamus sees the potential of Derry and feels there is much work to be done as Derry holds the keys to be one of the great tourist’s hubs.

Helen and Seamus are very grateful for 21 incredible years at the Abbey and look forward to what the future holds for both their business and the city.

“We have had some incredible experiences and in turn, I have visited many of my guests in their own countries to attend both sad occasions and happy occasions. Great friendships have been made along this journey.”

Concluding, Seamus said: “In here, it is a bit like walking on to a comedy set each day. Think Father Ted or Fawlty Towers and we definitely could write a similar script; but what happens at the Abbey stays at the Abbey.”