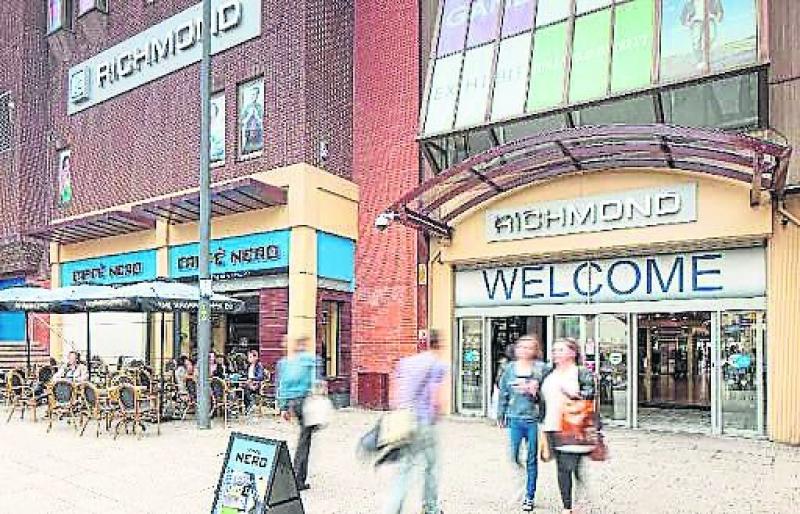 Richmond Shopping Centre is to get two new shops

A Derry shopping centre which earlier this year went into receivership has been boosted by the opening of a new store, creating up to seven jobs.

Soho Fashion, under the leadership of Sadia Malik, began life with a store in Lisburn in 2017 before branching out to Belfast two years later.

Now, their attentions have turned to the North West with Soho Fashion looking to add more colour to Derry’s retail landscape.
Mrs Malik said: “We are opening there fairly soon. Hopefully, around next Wednesday or Thursday. We will be providing six to seven jobs – all general workers.

“We have a branch in Lisburn – where we started – and we also have one in Belfast as well.

“My husband and I visited Derry and I didn’t see the products that we ourselves sell so we saw potential in selling our line of clothing there.

“We are trying to cover all age groups with our range of shoes. With clothing, one half of the shop is devoted to nightclub attire for young women while the front half will include a wide range of dresses for all women, be they young or middle-aged.”

The manager of the Richmond Centre, Bobby Nicholson, confirmed Soho Fashion’s impending arrival and also revealed a 'big name signing' looks set Christmas to have Derry waking up and smelling the coffee by the end of the year.

Mr Nicholson said: “I can confirm the fashion shop, Soho, will be going into the old Peacocks units in the next couple of weeks.

“Also Starbucks will be going in at the top floor which will, hopefully, happen before Christmas.”

However, the coffee giants themselves remain tight- lipped about the move.

A spokesperson for Starbucks said: “We are always looking for new locations and opportunities to bring the Starbucks experience to customers in Northern Ireland, but at this time we have no updates to share about plans in Derry.”

The new arrivals will come as a timely boost for the Richmond Centre who found out they were losing leisure retailers, Sports Direct, to nearby shopping mall, the Foyleside Shopping Centre.

“So they were wanting the two to be together as Derry’s too small a place for those two to operate separately in the same city.

“As we’ve only recently found out that Sports Direct are leaving us, we don’t have a new tenant to replace them as yet but that unit will be on the market now.”