A man accused of drugs offences who was the victim of a ‘violent assault’ at the end of last year has been granted bail at Derry Magistrate’s Court.

He is further charged with possession, and possession with intent to supply the same drug on December 7.

And being concerned in the supply of diazepam between July 12 and December 8, 2020 and obstructing police on December 8.

The court heard that McCarron has spent time in custody since September 2020.

He appeared for a bail application by way of video link from Maghaberry prison on August 2.

A police officer said McCarron has 18 previous convictions and is a ‘self-confessed drug addict’ who is unable to comply with bail conditions.

He added that the defendant has received a number of suspended sentences in the past which have had ‘no effect’ because he continues to offend.

However, a police officer said neither address was suitable.  He explained that the 27-year-old was ‘violently assaulted’ at his mother’s address in December of last year.

And the second address is his grandmother’s which the police officer said was unsuitable because of the risk of another assault.

Deputy District Judge Archer said he wouldn’t be minded to grant bail to either address.

Defence solicitor Paddy MacDermott said the threat has been carried out and assured the judge it is ‘over with now’.

Addressing the court from prison, McCarron said he is looking forward to being a first-time father and has been working with social services.

The defendant pleaded with the judge saying he has passed drugs tests and said his mother will support him at her property.

He also told Judge Archer that there is no live threat against him.

Mr MacDermott said there has been a ‘sea change’ in McCarron’s attitude but in response the judge said he remains ‘sceptical’ and it will ‘have to be seen’.

The defence solicitor said his client has been drugs free in prison and is determined to put drugs behind him for the sake of his unborn child.

After enquiring about the specifics of the case, Judge Archer was told that 500g of Class C drugs were intercepted on the way to McCarron’s property.

Judge McCarron granted the defendant his own bail of £500 to reside at his mother’s address in Slievemore.

Amongst his bail conditions, he will have a curfew of 9pm-7am, must only possess one mobile phone and one SIM card and pass details of those devices on to police.

The judge warned McCarron that if he breaches bail in any way he will be going straight back to jail.

His case will appear before the court again on September 6. 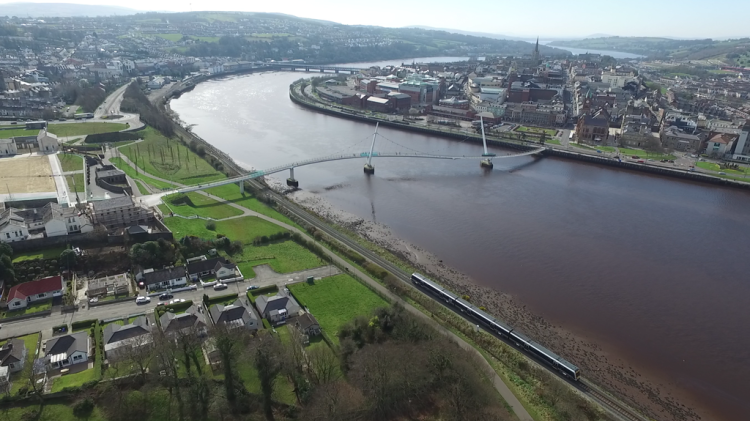