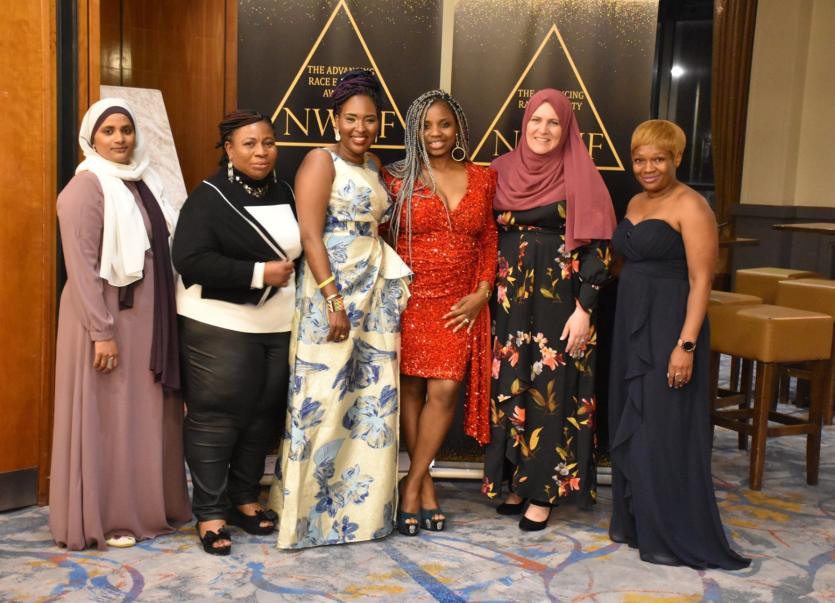 The Awards showcase the outstanding work being done to tackle racism, advance racial equality and justice across Northern Ireland.

The ceremony which was held at the City Hotel Derry, welcomed some of most inclusive organisations and racial equality influencers in northern Ireland to honour 28 individuals and organizations that have taken concrete action to advance racial equality, inclusive behaviours, racial justice, and fairness in all aspects of community and public life.

Among those honoured were Blathnaid O’Donnell, a Black Lives Matter protestor fined by the PSNI on June 2020 who was recognised for her courage speaking up against systemic racism and PSNI disproportionately policing of the Black Lives Matter protests in Derry and refusing to pay the fine, Patrick Corrigan, Amnesty International, Phoenix law solicitors, Alliance 4 Choice and Committee on The Administration of Justice (CAJ) for their role in advancing racial justice and fairness after the 6th of June 2020 Black Lives Matter Protests.

PSNI inspector and president of the National Black Association Andy George received an award for his courage in speaking out against Institutional racism in the PSNI.

Eamon McCann and Bernadette McAliskey (below) were honoured with the first ever Racial Equality Lifetime Achievement award recognizing their decades long commitment to human rights, equality, racial justice and their inspirational progressive activism. 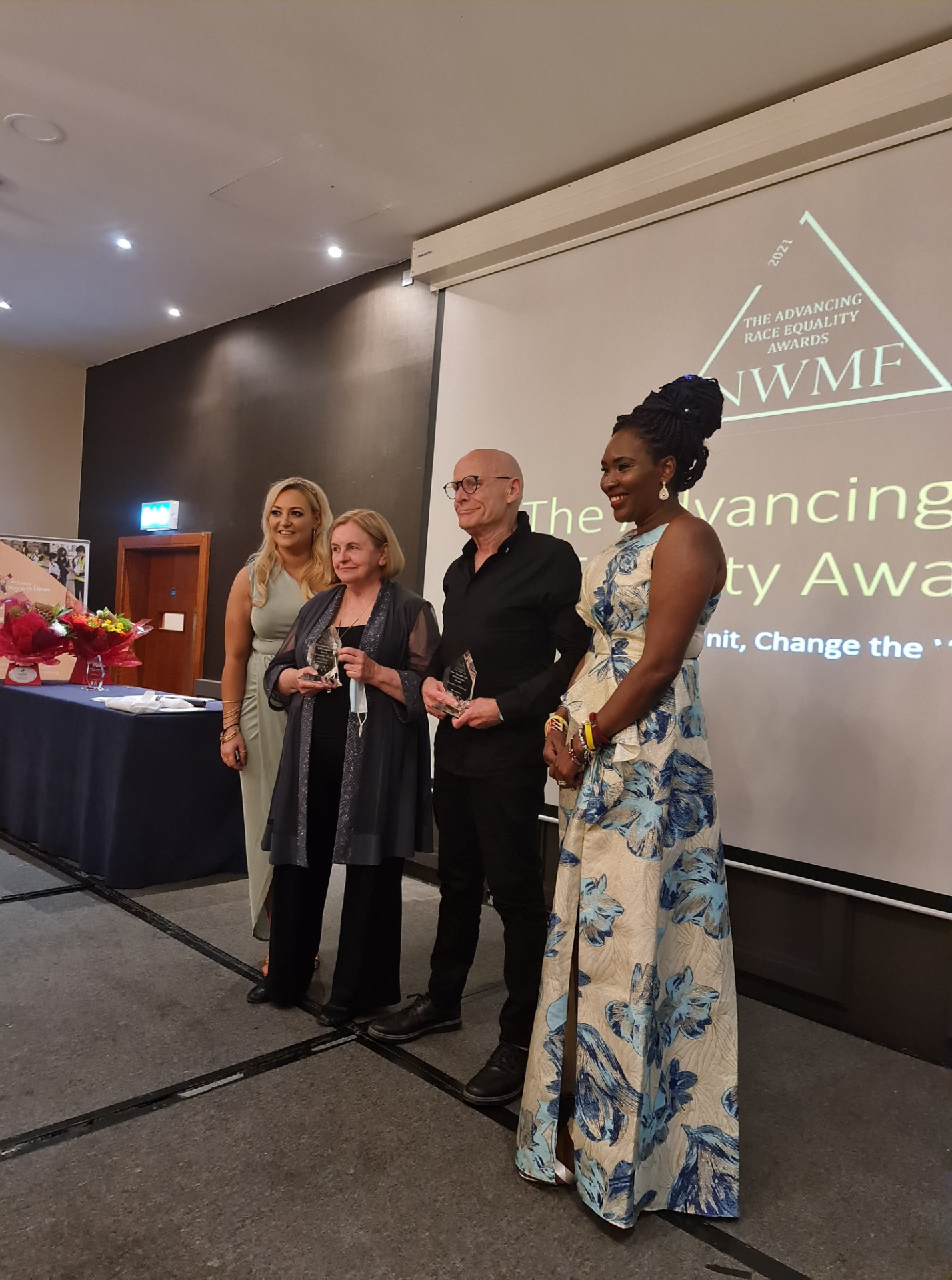 Cllr Shaun Harkin and Gerry Carroll MLA were also honoured with an Anti-Racist Champion of the Year Award; An award that recognises an individual who has gone above and beyond in the course of their work, service, passion and use their privileges to challenge systemic racism and actively take steps to address racial inequalities in Northern Ireland.

Lilian Seenoi- Barr Director of programme at NWMF said: “We are thrilled to be working alongside our trusted partners to launch The Advancing Race Equality Awards. The first of its kind to recognise the outstanding work being done within our communities to tackle racial inequalities and advance peace and racial justice in Northern Ireland.

"It's been a tough year for so many racialised people, particularly those who were involved with the Black Lives Matter protests on 6th June 2020, so we were excited to host an event that will show our appreciation for our peers and allies and, hopefully give everyone a reason to celebrate what we have achieved so far.

"Hate crime and racial attacks continue to increase in our city and region. At the same time the impact of the Coronavirus has amplified structural racial inequalities, in multiple domains including employment, health, education, policing and housing.

"With racial equality barely mentioned in the New Decade New Approach programme for government, we want to showcase the outstanding work being done by ordinary people and commend those courageous individuals using their privilege and platforms to speak out against racism and stand up for minority rights in Northern Ireland.”

Muhammad Atif spokesperson at Belfast Multi-Cultural Association commented: “Our organisation stands alongside the many organisations in Northern Ireland who are fighting against racism and making our cities more welcoming and inclusive for everyone.

"Together, we stand united against racism and committed to the work that must be done to dismantle the systemic discrimination that is still a lived reality for too many people in Northern Ireland.”

"The Advancing Race Equality Awards will be held annually to honour people and organizations that set an example through their work contributing to reconciliation, human rights, overcoming of racism and harnessing a truly inclusive society in Northern Ireland.

Further details on Awards categories, nomination and the online application can be found on the North West Migrants Forum website.

If you would like to provide support for the awards, please contact North West Migrants Forum via email info@nwmf.org.uk