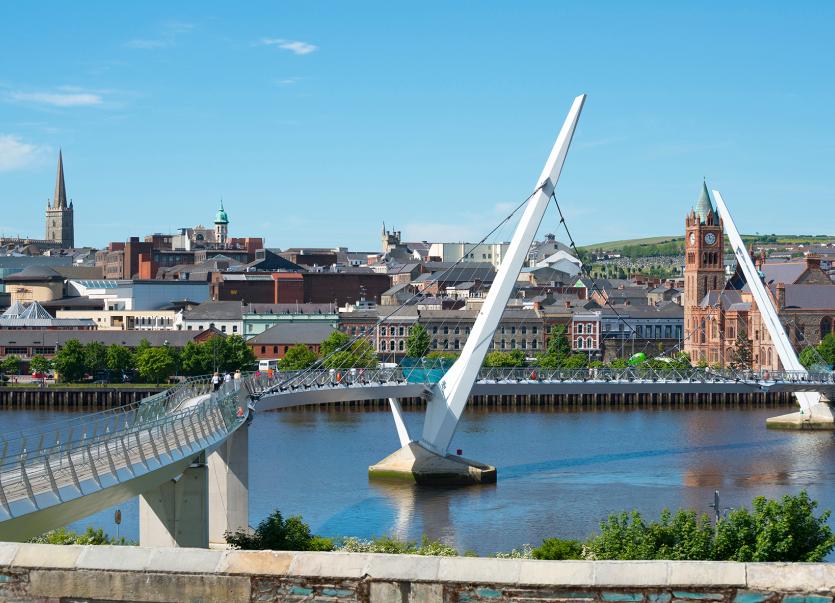 People living close to accommodation in Derry where alleged offenders are being housed say they want assurances they are safe in their homes.

Problems have surfaced in different parts of the city over the past year, during which time local residents have voiced their concerns to local politicians and all organisations involved.

The Northern Ireland Housing Executive (NIHE) acknowledges that demand for emergency housing has increased significantly during the pandemic, resulting in the use of ‘non-standard accommodation’.

Defendants regularly appear at Derry Magistrates Court with addresses at the local emergency accommodation.
Residents living beside some of the  accommodation have spoken to the Derry News about their concerns.

One of their main grievances is how the PSNI, NIHE and Probation Board Northern Ireland (PBNI) and other organisations can claim to have carried out thorough risk assessments.

Speaking to the Derry News, a mother who did not wish to be named, said:  “The system is clearly broken and fractured, and the story is bigger than some troublesome tenants.

“We just want assurances that we are safe in our homes.”

Another resident criticised the ‘lack of connection’ across organisations tasked with protecting the public.

She said: “How can the planning department, police, criminal justice, Housing Executive all simply look at their own area of work and not the wider issues.

“We are living with the consequences of this now leaving us as residents all very scared as we try to manage what is a nightmare for us all.

“We have been failed as city centre residents as we feel it wouldn’t have been allowed to happen anywhere else in the city.”
Derry Aontú Councillor Emmet Doyle, who has visited locals and raised their concerns with the relevant authorities, described it as ‘a classic case of different agencies wiping their hands’ of a complex problem.

“The local Housing Executive have no say on placements here from Belfast or Ballymena, indeed they aren’t even notified until after the placement has been made.

“The police engage in vetting alongside the Probation Service, yet I know of some placements signed off where individuals have had serious convictions,” Cllr Doyle said.

“This is simply unacceptable, and I deliberately have used the word ‘dumped’ because people are dumped here – some have complex needs yet aren’t specifically registered with agencies here or even GPs.

“And others that have been specifically excluded from similar accommodation in their own localities due to crime or other behaviour are placed here and we have seen the outworkings of that in terms of cases in court, reports of assaults which I have been made aware of and fear of crime arising from placements where individuals have a particular set of convictions.”

SDLP councillor Mary Durkan said the trend of placing alleged offenders in Derry has to end and it is important vulnerable people have appropriate support packages in place for their own safety and that of others.

The Derry News questioned how alleged sexual or violent offenders could be placed in local neighbourhoods if appropriate risk assessments were carried out.

It involves co-operation between a number of agencies including Police, Probation Service, Social Services, Prison Service, Housing Executive and NSPCC.

All work collaboratively to ‘risk assess and manage’ the risk posed by sexual and certain violent offenders in the community.

Detective Chief Superintendent Anthony McNally, Chair of the Strategic Management Board for PPANI, said the safety of the public is ‘paramount’.

He said registered sex offenders living in the community are managed under PPANI and each of the agencies, working together, is focused on the assessment and management of risk posed by offenders.

Chief Superintendent McNally continued: “Risk management is both complex and dynamic and for each offender it involves the preparation of a plan to address the specific risks identified in relation to that individual.

“Risk management plans will include actions relating to the behaviour and attitudes of the offender and where necessary, intervention in order to minimise the risk of serious harm to others.

"These arrangements apply to convicted offenders.

“Where there is an identified risk in relation to any particular offender and current evidence to support it, Court Orders can be applied for which can place additional restrictions on the behaviour of the offender, including where they can reside.“

"PPANI partner agencies work together on a case-by-case basis to secure accommodation placements for sex offenders.

“This co-operation also involves the exchange of information to help identify and manage any risk posed.”

A Freedom of Information (FOI) request was lodged with NIHE to establish the number of offenders from other parts of Northern Ireland who have been placed in Derry.

Over two and a half months later, NIHE said those figures are not held in order to comply with data protection regulations.

A Housing Executive spokesperson did, however, explain that it has a statutory duty to provide temporary accommodation to all individuals who are registered homeless regardless of their status.

For applicants subject to PPANI, which covers certain sexual and violent offenders, NIHE assesses the suitability of any placement with the relevant Designated Risk Manager (DRM).

The Housing Executive spokesperson said: “In providing accommodation of any type, we have a statutory duty to carry out an assessment of each case to determine eligibility in order to identify if the statutory requirement for provision of accommodation has been met.

“When conducting housing solutions interviews with customers who present as homeless, Housing Advisors attempt to identify any support needs that the applicant may have and identify and make referrals to suitable support providers in that area.

“Where support needs are identified, we attempt to make referrals to a range of external support services tailored to the individual needs of the customer where available, regardless of the type of temporary accommodation they are placed in, including those placed in non-standard accommodation.”

Since the start of the pandemic, NIHE said, there has been a ‘significant increase in demand’ for temporary accommodation and this has resulted in additional use of non-standard accommodation in a number of towns and cities.

“As lockdown restrictions are eased, we re-commit to working with stakeholders in Derry to address the impact that the pandemic has had on temporary accommodation within the city,” a spokesperson concluded.

Meanwhile, PBNI stated that its primary role is to supervise orders and licences which are imposed by the courts.

If an individual does not comply with the conditions of their order or licence, PBNI may return the individual to court.

“PBNI do not discuss individual cases however if an order or licence is being supervised through the multi-agency public protection arrangements then a risk assessment is conducted by the agencies involved including police, probation, prisons and consideration is given to a range of matters including accommodation. A risk management plan is then put in place by the agencies.”