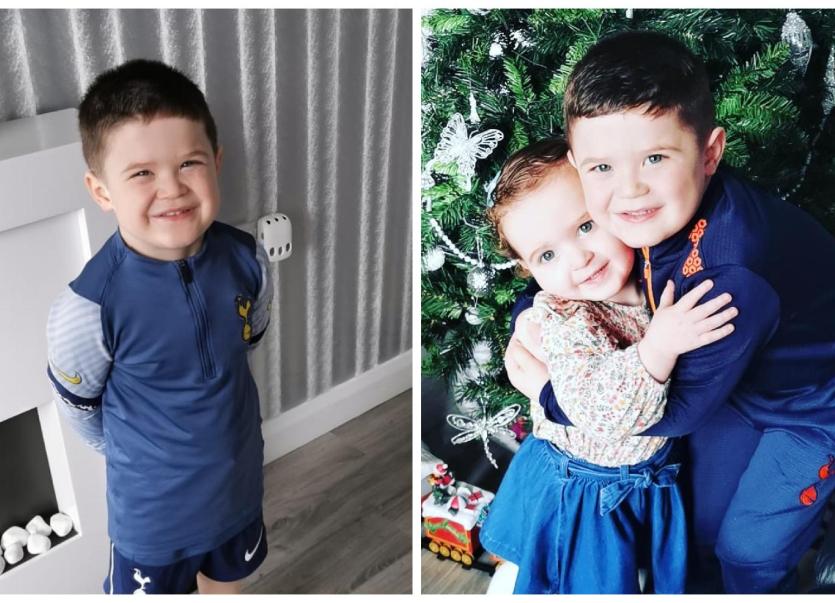 A local father has expressed his gratitude to his son’s favourite football players who ‘lifted his spirits’ before he’s admitted to hospital for brain surgery.

Parents Ritchie and Aine Toland are heartened by messages of support from their little boy’s favourite Tottenham Hotspur F.C. players including Harry Kane and Toby Alderweireld.

When Caleb enquired as to how the football stars knew him, his father told him that they all think he’s ‘very brave for going to hospital’.

Speaking to the Derry News, Ritchie explained that Caleb has been diagnosed with a rare brain condition which subsequently led to the formation of a cyst on his spine.

The 5-year-old has suffered with headaches since birth, but the exact cause was inconclusive until recently.

At the age of one and a half an MRI scan ruled out the possibility of a tumour but doctors noticed that the young boy’s brain was lying too low.

Over time Caleb began developing physical and vocal tics and was taken to a private neurologist for assessment.

He was diagnosed with Tourette’s syndrome last year but a concerned doctor also referred him on to the hospital for a follow-up MRI. 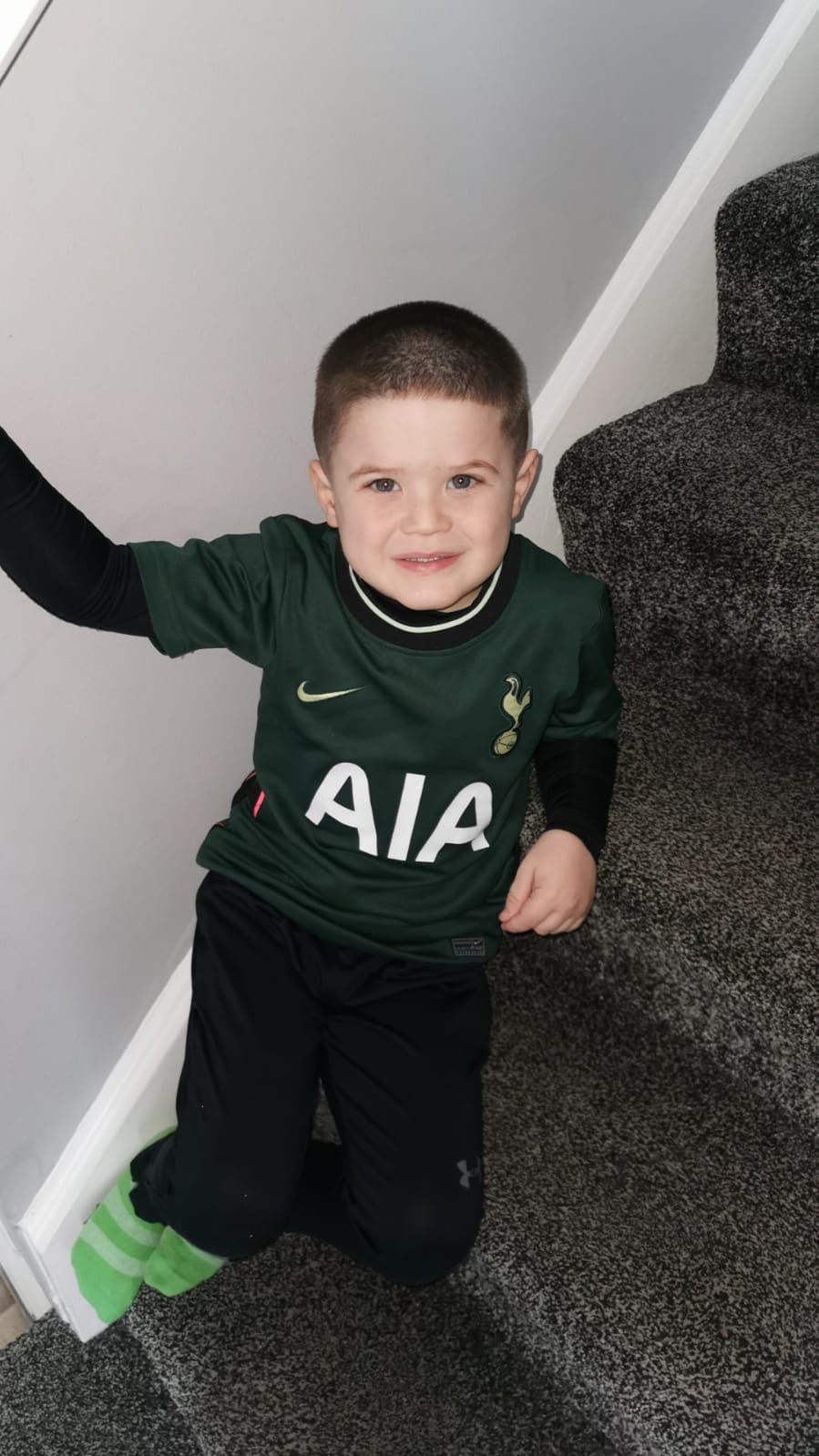 In February Caleb was officially diagnosed with Chiari malformation, a condition where the lower part of the brain pushes down into the spinal canal.  This can put pressure on the brainstem, spinal cord, and obstruct the flow of fluid.

According to the NHS, many cases are thought to be the result of part of the skull not being large enough for the brain.

Ritchie said the same scan detected Syringomyelia which can develop in conjunction with the malformation.  This cyst, called a syrinx, can expand and potentially damage the spinal cord.

Experts recommended that Caleb undergo surgery as the condition had become more severe, particularly for a boy of his age.

Ritchie explained: “If that had gotten any wider and pushed against his spinal cord there was a possibility that he could have been paralysed or experienced other issues.

“Thankfully that didn’t happen but it’s fortunate that it was detected now and not left any longer.”

The young boy has grown used to being in and out of hospital and has been told that he’s going for another visit.

The aim of surgery is to stop existing symptoms getting any worse. Some people also experience an improvement in their symptoms, particularly their headaches.

“Hopefully after this operation the fluid will flow better through his spine, ease his symptoms and the cyst will sort itself out.  There’s a possibility it might not make things better but we are hoping for the best,” Ritchie said. 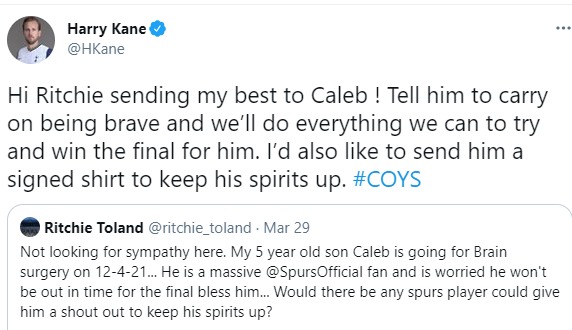 Caleb is off school as he awaits a heart scan at the Royal Victoria Hospital on April 1.

Ritchie said his son misses school but the time at home has turned him into a football fanatic.

His favourite teams are Spurs and Derry City so he spends a lot of time watching highlights on YouTube and wants to get back to the Brandywell as soon as possible.

The wee boy has been unsettled at night, Ritchie said, he’s anxious about returning to hospital and the thought of missing his team in the League Cup Final.

In order to ‘keep his spirits up’ doting father Ritchie decided to tweet to his son’s favourite Spurs players Erik Lamela, Harry Kane, Son Heung-min and Dele Alli asking them to ‘give him a shout out’.

He was ‘shocked’ by the response, with players and the wider football community reaching out to lend their support. “My phone was going mad and people were sending me messages from all over,” Ritchie said.

“Toby Aderweireld got back, Graham Roberts, Steve Archibald, Micky Hazard said he would present him with a signed legend’s top, Gary Stevens and Darren Anderton.

“Derry City wrote to him and he loves going to the Brandywell with me.”

He continued: “I wasn’t expecting anything, I just wanted a message for him to give him a wee life because he’s looking forward to this final.

“Caleb was absolutely delighted, and he hasn’t mentioned the hospital since.

“An Everton fan offered to give me him and his son’s season ticket to watch the Everton and Spurs game.

“A person in London offered free accommodation and the Spurs supporters club in Limerick reached out.

“I’m not looking for any freebies and I wouldn’t accept it but it’s brilliant that they offered.

“It has taken his mind off the hospital and made him happy which is all I wanted.”