It will allow the 'long-silenced voices' of thousands of women and children to be heard, says the First Minister 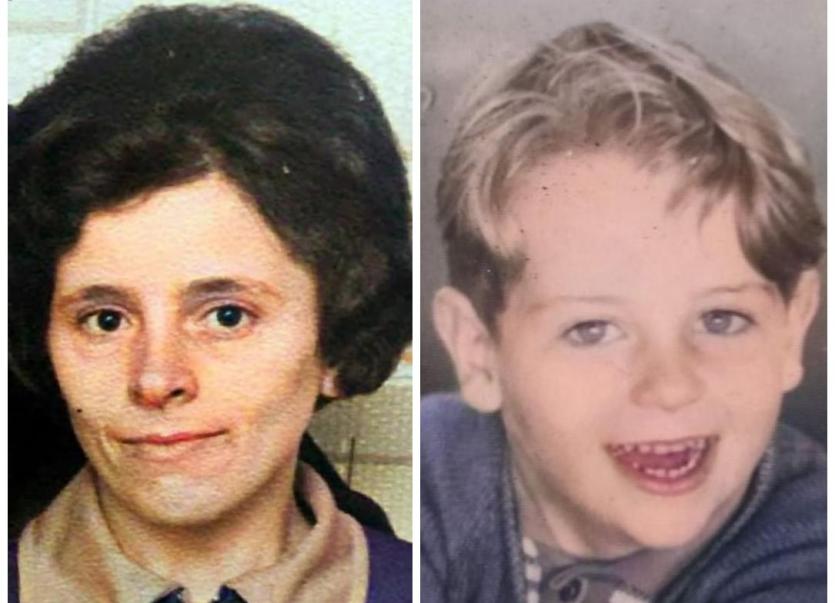 An independent investigation into mother and baby homes will be carried out, the Executive has today agreed.

The move follows today’s publication of the research report on historical Mother and Baby Homes and Magdalene Laundries between 1922 and 1990.

Last week the Derry News published the story of Donegal man Mark McCollum, who was a Mother and Baby Home adoptee,  and spoke of his lifelong search for his Derry mother Kathleen McGuire.

Her identity was hidden from him for decades and Mark was told his mother was from Belfast.

When he finally found out her surname and that she was in fact from Derry, it was too late, she had died in the years prior in a nursing home in England.

Yesterday, ahead of the publishing of the report, Mark stood at Free Derry Corner where his mother's name now dawns the wall as a stark reminder of the 'cold and uncaring' treatment she received. 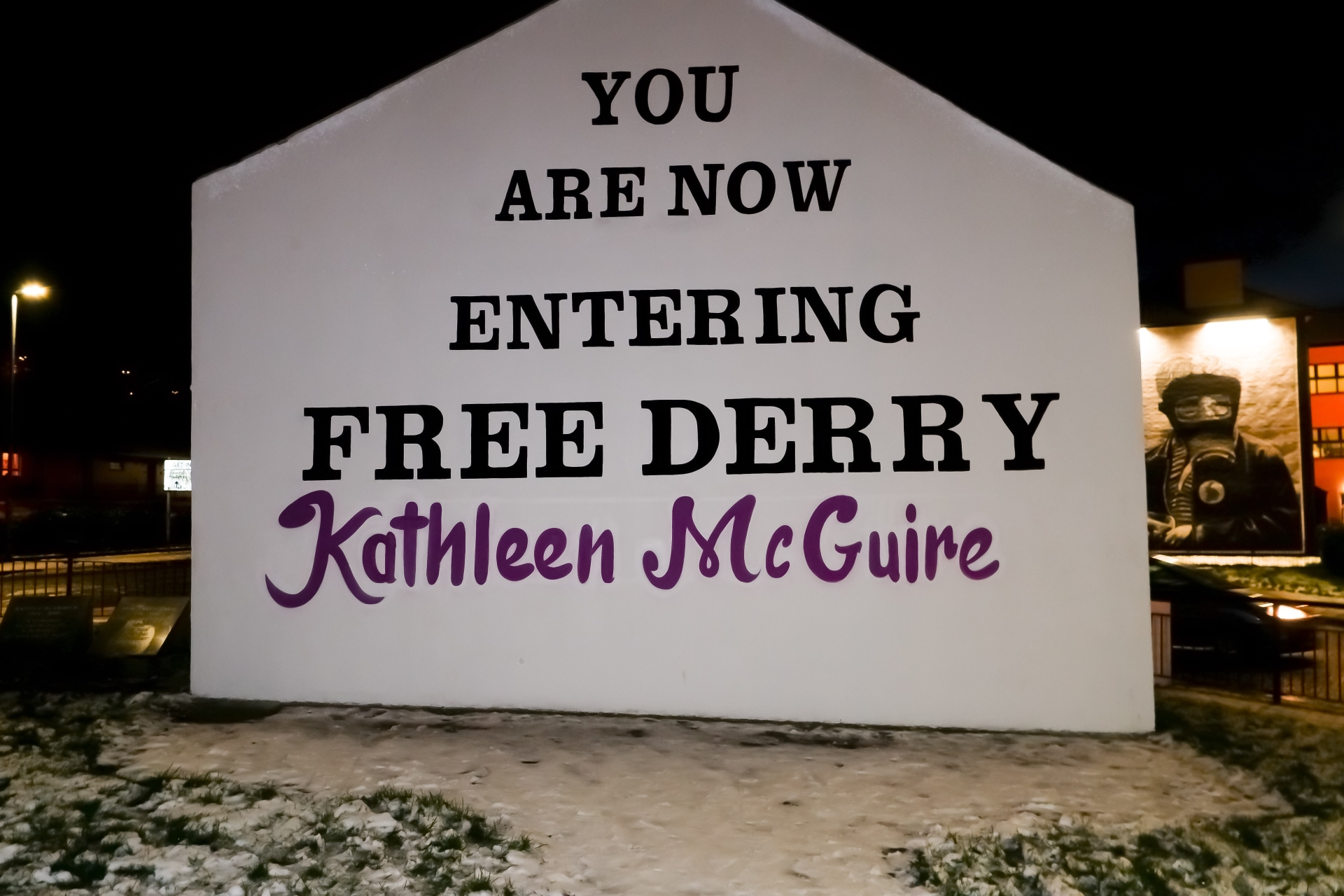 The extensive research was undertaken by a team of academics from Queen’s University Belfast and Ulster University. It gives an account of individual and collective experiences of the institutions and highlights the need for further examination of a number of important issues, including adoption and infant mortality rates.

Ministers have agreed that the independent investigation should be shaped by survivors through a co-design process, which will be facilitated by experts and completed within six months.

First Minister Arlene Foster said: “This is an important day for women and children who were resident in Mother and Baby Homes and Magdalene Laundries.

“The report documents the experiences of survivors and crucially allows their voices to be heard, when they have been silenced for far too long. I want to pay tribute to all those women, and their now adult children, who provided their personal testimony for this research.

“It is with deep regret that I acknowledge the pain of those experiences and the hurt caused to women and girls who did nothing more than be pregnant outside of marriage, some of them because they were victims of criminal acts. It was shameful how so many of these women were treated. The accounts of cold and uncaring treatment are truly harrowing; and the separation of mothers from their children a terrible legacy.

“Many unanswered questions remain and we want to work with victims and survivors to ensure they are supported in the right way. In moving forward, we must recognise the sensitivity of these issues and respect the rights and wishes of each individual. But today we give a commitment to survivors, that you will be silenced no more.”

Deputy First Minister Michelle O’Neill said: “The research report into Mother and Baby homes and Magdalene Laundries is a difficult read, but an important step towards addressing the harm caused to survivors and the pain they have endured. It gives a sad and troubling insight into the lived experiences of the thousands of women and girls, and their now adult children, who suffered in these institutions.

“The harsh treatment of these women was cruel, unjust and inhumane. As a mummy, my heart breaks for the women and girls who did no wrong, whose rights were ignored and whose children were so cruelly taken from their arms. For those children who never knew their mothers, who for too long have been kept in the dark. They were failed on every level and we cannot allow them to be failed any longer.

“While we can never make up for what they have been through, we must do all we can to ensure that survivors’ voices are heard, to support them and where possible, give them answers, information and recognition. This research report is just the first step. We now need to move swiftly on with a further independent investigation. We recognise how sensitive this issue is and how raw the pain still felt by all who suffered. We must move forward carefully and respectfully and ensure that at all times the voices of those survivors and their now adult children are at the centre of this process. They will shape how it progresses.”

Health Minister Robin Swann said: “I welcome the publication of the report and commend the research teams for their diligent work in carrying out the research. It not only gives us a sorrowful insight into the experiences of the women who were resident in these institutions, but increases our understanding of the devastating impact their treatment had on the rest of their lives.

“As a society, all of us should strive to protect and care for those who are vulnerable. That is not what happened to women and girls in Mother and Baby Homes and Magdalene Laundries.  They were stigmatised and cast into institutions where they often endured harrowing, emotionally-damaging experiences; their voices were silenced and their wishes ignored.

“In light of the findings of the research and the gaps it highlights, the Executive has agreed to undertake a further independent investigation into these institutions in partnership with survivors. This will be a further step towards meeting survivors’ needs.

“To any survivor, woman or child, who is experiencing trauma or emotional distress, help is available and I would urge you to reach out and get support if you need it.”

The research was commissioned by the Executive’s Inter-Departmental Working Group on Mother and Baby Homes, Magdalene Laundries and Historical Clerical Child Abuse.

It examined eight Mother and Baby Homes, a number of former workhouses and four Magdalene Laundries.

The last Mother and Baby institution closed in 1990; the last Magdalene Laundry in 1984.

There were strong similarities with the experience of women examined in the recent report of the Commission of Investigation into Mother and Baby Homes, although there were a number of key differences.

There was stigma attached to pregnancy outside of marriage.

Women and girls were admitted by families, doctors, priests and state agencies.

They were required to undertake tough chores late into pregnancy.

They had little preparation for childbirth and some had cold and castigating birth experiences.

Many women and girls were separated from their children by placing them in children’s homes, boarding them out (fostering) or through adoption.

There was also the issue of the cross-border movement of women and children into and out of these institutions.

Some questions about adoption and infant mortality rates remain unanswered and will require further examination.

Women and girls entered by a number of routes, including from Mother and Baby institutions.

There is evidence of some admissions triggered by the circumstances of our past.

Girls and women were given ‘class names’ and there was a greater number of children (under 18s) in the laundries than the Hart Inquiry was able to identify.

Work was carried out without pay and some women spent a lifetime in a laundry, died and were buried from there.