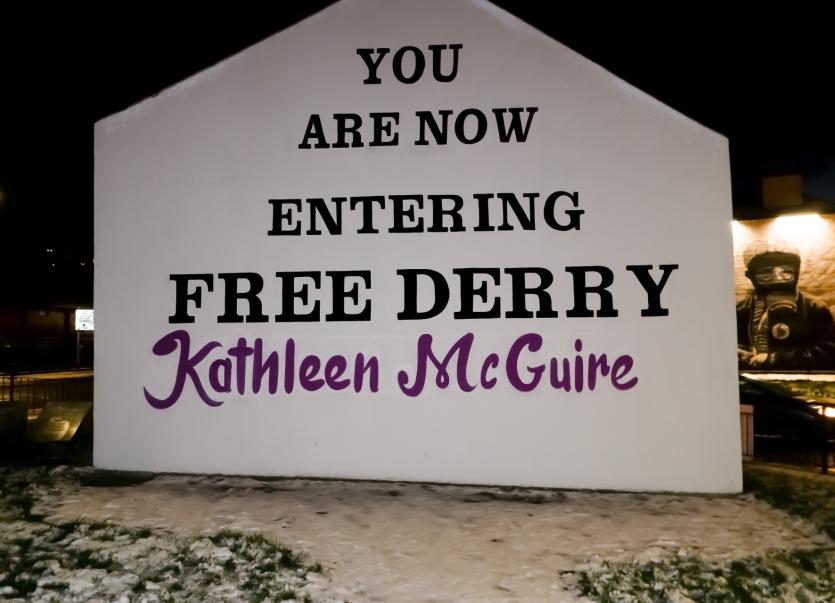 A man has paid tribute to his late mother while highlighting the Mother and Baby Homes scandal at Free Derry Corner.

Last week the Derry News published a story about Mark McCollum's lifelong search for his mother, Kathleen McGuire, who grew up in Cable Street in Derry's Bogside.

He was born in Marianvale Mother and Baby Home in Newry and was fostered by a Donegal couple.

While he lived a happy and fulfilled life with his adoptive parents, Mark also devoted himself to tracking down his birth mother.

However, roadblocks were placed in his way; he was only ever provided with her first name as the Catholic Church and authorities refused to divulge any additional details.

To further frustrate his efforts he was told that his mother was originally from Belfast.

It wasn't until last year that he learned she was in fact a Derry woman and that her surname was McGuire.

By that time it was too late, she had already passed away in the years prior.

Ahead of the publishing of Stormont commissioned research into whether or not there should an inquiry held into the homes which operated in NI, Mark decided to highlight the issue on one of Derry's most historical landmarks, which sits a few hundred yards away from the street where Kathleen grew up.

He believes the government and Church should make a ‘full, unreserved apology’ which doesn’t attempt to shift blame, that victims should receive reparations and there should be memorials to those who died.