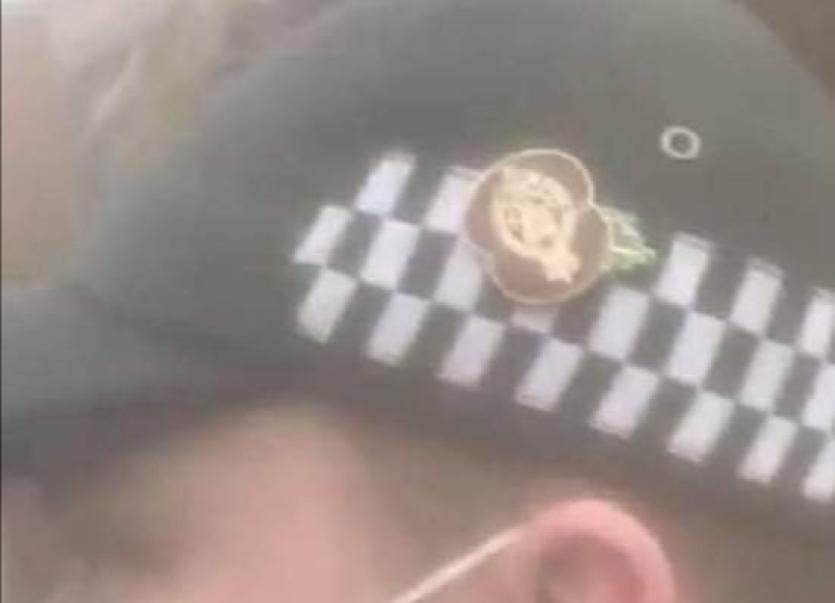 A Foyle MLA has said it was 'totally unacceptable' for a PSNI officer to wear an old RUC badge on his hat while taking part in a police operation in the Creggan area of Derry today.

The old RUC badge the officer wore consists of a poppy with a harp in the centre and crown atop the words Royal Ulster Constabulary.

The same badge can be purchased online for £5.95.

She commented: "We have been in touch with PSNI District Commander in relation to one of his officers wearing this badge carrying out an operation in Creggan today.

"This is totally unacceptable and we want to know what action will be taken."

He said: "Another house raid by dozens of armed and aggressive British police in the festive season."

Cllr Donnelly questioned why similar heavy-handed tactics don't appear to be enforced in unionist areas while making reference to an 'explosion in violence by loyalists paramilitaries' over recent months.

In September 1999, the report of the Independent Commission on Policing for Northern Ireland, led by Lord Patten, called for major reforms and a 'new beginning' for policing in the North of Ireland.

Under the heading, Human Rights, he said all officers should take an oath stating:

"I hereby do solemnly and sincerely and truly declare and affirm that I will faithfully discharge the duties of the office of constable, and that in so doing I will act with fairness, integrity, diligence and impartiality, uphold fundamental human rights and accord equal respect to all individuals and to their traditions and beliefs."

The RUC became the Police Service of Northern Ireland (PSNI) in 2001 - at that time Catholics made up about 8 per cent of the police force.

The changes to policing came as part of wide-ranging reforms to the service under the terms of the Good Friday Agreement.

At the time, PSNI chiefs admitted that making the service more representative of the entire community would take up to ten years.

The new trainees were recruited on a 50:50 Catholic-Protestant basis and recruitment will continue under this quota system.

With Catholic numbers peaking at around 30 per cent, then Secretary of State Owen Paterson decided the practice could no longer be justified.

In August of this year, the Derry News obtained figures by way of a Freedom of Information request which showed that in Derry City and Strabane there are 118 Catholic officers out of a total of 385 - representing 31 per cent of the workforce.

It is a distance away from the desired 50/50 split between Protestant and Catholic officers.

Across the country the average is 28 per cent Catholic while Armagh City, Banbridge and Craigavon registers the lowest number of any NI district with 23 per cent.