Galliagh is not a dumping ground, says Derry councillor, as anger grows over amount of rubbish being left in the area 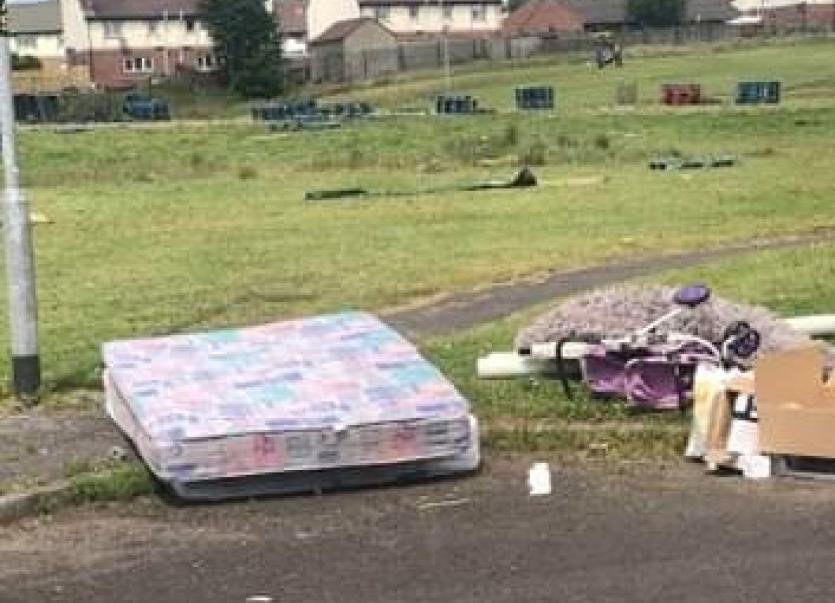 Some of the items that have been dumped in Galliagh.

Sinn Féin Councillor Aileen Mellon has appealed for the illegal dumping of rubbish in Galliagh at a large bonfire site to stop.

Councillor Mellon said residents in the Galliagh Park area area dealing with fly-tipping on a field at the back of their homes  due to a large bonfire site.

“They are also being tortured by the use of fireworks on a nightly basis. We have held meetings with residents who have been suffering stress every night and feel very frustrated," she said.

“I have  lost count of the number of reports I have been given about cars and vans pulling up at the green space there and people  tipping out any rubbish they have in their vehicles with total disregard for the local community.

“My question to them is, would you like this on your doorstep?

“I have continued to report any fly tipping that has been seen to both the Council and the police and I will continue to support local residents. Fly tipping is illegal, and it needs to stop.

“Galliagh is not a dumping ground, it is also not an area that people can come to and wreck as they want. It is our community; it is people’s lives and homes being affected and it needs to be stopped.

“We will continue to push for action from the Housing Executive and the Department for Communities to also act on the wishes of residents for these materials to be removed.

“Two thirds of residents surveyed do not want a bonfire and demand action be taken. I stand with them on this call."