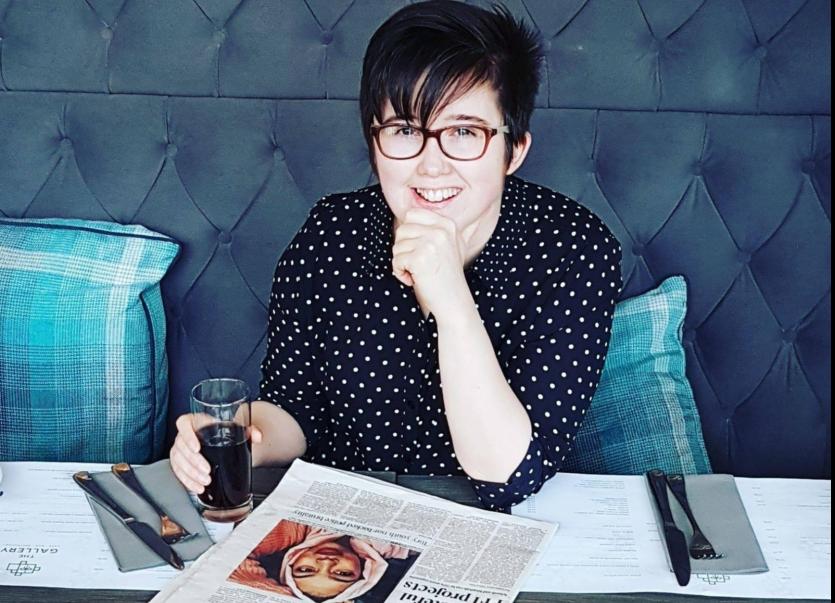 A man accused of possessing a gun linked to the murder of Lyra McKee and four paramilitary style shootings in the city has been granted bail at Derry Magistrates Court.

However, a barrister representing the defendant has said that his client won't be able to perfect bail because of the conditions which stipulate that police must approve the address.

Niall Sheerin, 27, of Tyrconnell Street in Derry, has been charged with possessing a firearm in suspicious circumstances between September 12, 2018 and June 5, 2020.

He is further charged with possessing a firearm, namely a Hammerli pistol and .22 calibre ammunition, with intent to endanger life between September 12, 2018 and June 5, 2020.

Outlining the police case, a detective said Lyra McKee was killed on April 18, 2019, during rioting in the Creggan area.

The New IRA claimed responsibility for this attack.

The gun was said to be hidden in a hollowed-out telegraph pole.

It had been placed inside two black bin liners and ammunition was in a zip lock bag, he said.

This weapon, police say, was confirmed as the one used to kill Lyra McKee.

The officer told the court that the same weapon was used to carry out four paramilitary style shootings between 2018 and 2020.

Those included shootings in Bluebell Hill Gardens in October 2018, one in Cromore Gardens  where a man was shot twice in the lower limbs, and Lisfannon Park in March 2019.

All four attacks took place within a few miles of the defendant's home, the officer said.

The gun was forensically examined and the police officer said DNA evidence found on the ridged part of the gun that is used for unloading the weapon and on the edges of the magazine was linked to the defendant.

The laboratory said the evidence on the magazine was ‘70 million times more likely to belong to Sheerin than anyone else’.

No evidence linked to anyone else was found in the Ballymagroarty hide, the court heard.

The officer said the evidence indicates that he had the gun in his physical possession and it was ‘used to attack the police and Lyra’.

There was ‘no attempt to bring the gun to the attention of police', he said, and it was kept with the ‘intention of endangering life’.

Sheerin was interviewed by police seven times on July 15 and a prepared statement was handed over on the sixth interview in which he said ‘I’m at a loss as to how this happened in relation to DNA being found on the gun’.

The police officer said Sheerin has '15 convictions' which are from youth court including riotous behaviour, criminal damage and assaulting police.

Police enquiries are ongoing, he added, with the PSNI examining MTV footage from the night Lyra McKee was killed.

He said Judge McElholm described graffiti in Creggan as 'disgraceful' that warned 'all informers will be executed' after the police had asked for witnesses.

Defence barrister Joe Brolly said no distinction could be drawn between his client and the co-accused in the case who have both been granted bail, including the man accused of ‘pulling the trigger’.

He said Sheerin has a partner, two infant children and has a full-time job in a bookmakers.

There is no risk of interference with witnesses, he said, because there are none.

The sole evidence is a trace of DNA, Mr Brolly said, and ‘secondary transfer is very plausible’.

He described the case as ‘extremely slim’ and said there is ‘nothing else to corroborate it’.

Mr Brolly said the defendant’s most recent conviction was when he was 17-years-old.

The defence barrister questioned the explanation provided by police that the defendant came to the attention of the PSNI more since 2017 for acting provocatively at an Apprentice Boys parade.

He said there are many people in the city who might not be happy about the parades.

During his interview a statement was provided because police ‘refused to show the DNA report’.

District Judge Keown said he couldn’t draw a distinction between the defendant and his co-accused and on those grounds granted Sheerin his own bail of £500,

The defendant must reside at an address approved by police, is prohibited from entering the city, subject to a curfew of 10pm-7am, must sign at an appropriate police station five times per week, must not contact his co-accused or any members of Saoradh and will be electronically tagged.

Mr Brolly said he was ‘very disappointed’ as no address will be acceptable to police and the defendant is likely to lose his job at a time when it is hard to find one.

He added that his co-accused have been allowed to reside in the city and there is not a ‘shred of evidence’ to link Sheerin to the other attacks.