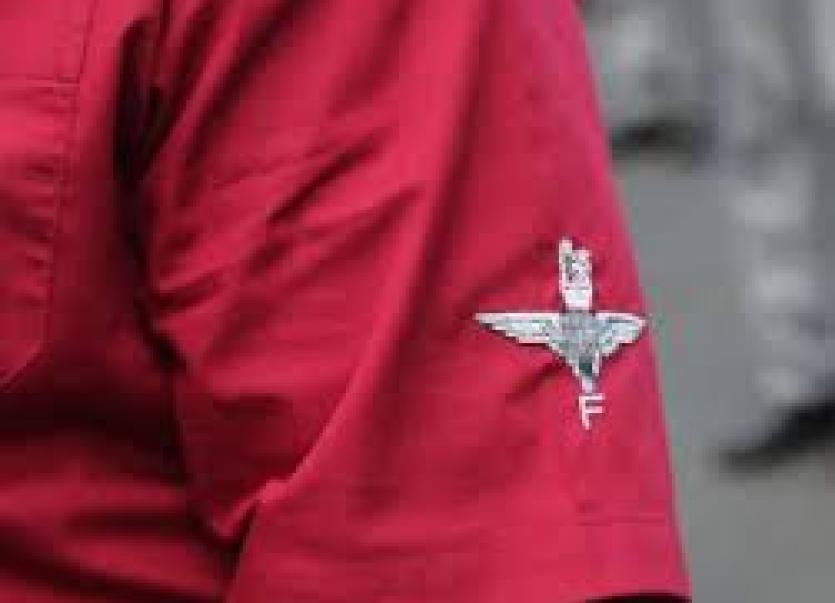 Charges could be brought against three members of a loyalist band who wore Parachute Regiment insignia and Soldier F logos at a parade in Derry last year.

The Derry News has learned that the PSNI has reported the band members to the Public Prosecution Service (PPS) in relation to suspected public order offences.

The PPS is now considering whether there is enough evidence to bring the matter before the courts.

The revelation comes almost a year after the Clyde Valley Flute Band from Larne wore a uniform in support of the British soldier at the annual ‘Relief of Londonderry’ parade on August 10, 2019.

Thirteen people were shot dead when members of the British Army's Parachute Regiment opened fire on civil rights demonstrators on Bloody Sunday in Derry in 1972.  The death of another man four months later was attributed to his injuries.

An ex-paratrooper, known as Soldier F, is charged with murdering Jim Wray (22) and William McKinney (27).

At the August 10 parade last year police officers flanked the Clyde Valley band to ‘prevent a breach of the peace’ and later stopped their bus, taking the names of several members.

In the days following the march, DUP MP Gregory Campbell described as ‘incredulous’ the policing operation and said there was ‘no suggestion’ of offences having been committed.

DUP MLA Gary Middleton also welcomed an independent review of police practices on the day saying there was a ‘significant level of anger’ in the unionist community.

However, since last August the PSNI has maintained that an investigation has been ‘ongoing’.

This week the police confirmed that a file has been handed over to the PPS in relation to the Clyde Valley Flute Band’s actions on the day.

In a statement to the Derry News, a Public Prosecution Service (PPS) spokesperson confirmed that ‘three suspects’ are being considered for prosecution.

“Three suspects reported by police are being considered by prosecutors in relation to public order offences.

“Further information has been requested from PSNI and once this is received, decisions will issue in due course after a thorough consideration of all available evidence.” 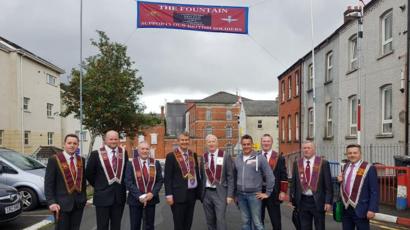 In the lead up to the march on August 10, DUP representatives including East Derry MP Gregory Campbell, Foyle MLA Gary Middleton and Derry City & Strabane District Councillor Graham Warke stood under a Parachute Regiment banner in the Fountain estate in support of ‘our British soldiers’.

However, General Secretary of the Apprentice Boys of Derry, Billy Moore said it was ‘nonsense’ to suggest that any agreement was in place before the march.

During the march the PSNI intervened to escort the Clydevalley Flute Band from Larne around the main parade, however, it was prevented from taking part in the return leg.

Following the march the DUP described the policing operation as ‘heavy handed’ and ‘over the top’.

Disorder followed in the Bogside during which petrol bombs were thrown at Apprentice Boys’ memorial hall and the City Walls.