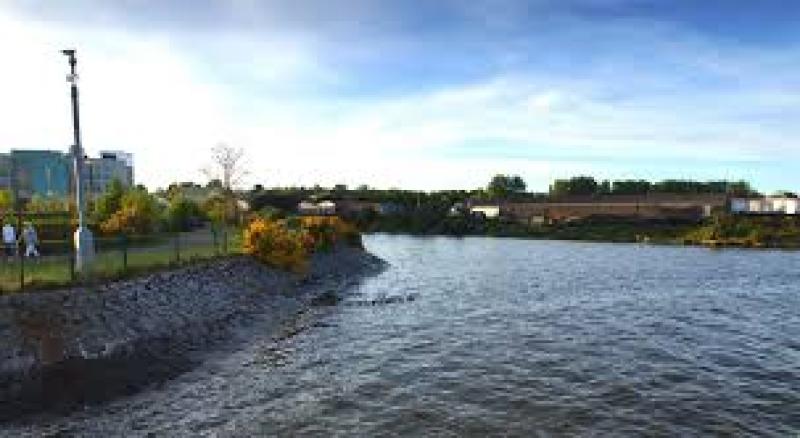 Derry City and Strabane District Council has lodged a planning application to construct a new 62-metre long cycle and footbridge.

As revealed by the Derry News earlier this month, the proposed bridge would span an intake of water near the Fort George site, expanding the Quay Trail into Bay Road park.

The planning application was received by Derry City and Strabane District Council’s Planning Service on March 11 and is in the early stages of consideration.

The proposed bridge will provide a link from the city centre to Muff in County Donegal.

It is part of the wider North West Greenway Network project which aims to develop 46.5km of cross-border greenway, including: Derry-Buncrana, Derry-Muff, and Lifford-Strabane. 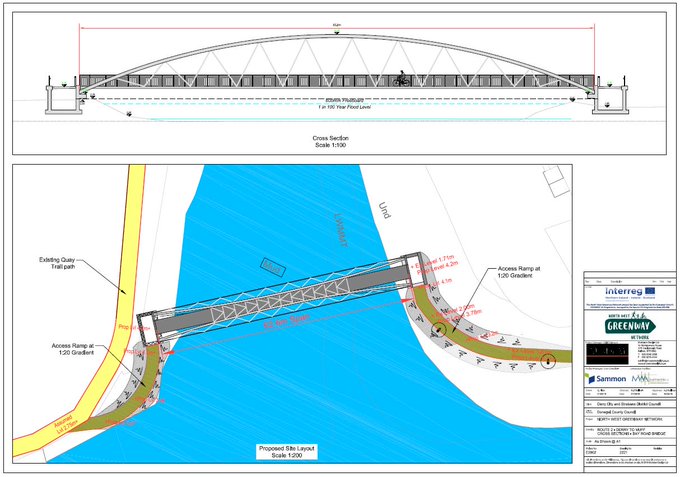 Funding for the project has been provided through the EU’s INTERREG VA programme, managed by the Special EU Programmes Body (SEUPB).

Mayor of Derry City and Strabane District Council, Cllr Michaela Boyle, welcomed the submission of the planning application. She said: “I am delighted this key infrastructure project, which will complement the emerging City Deal riverfront regeneration plans, has reached this important milestone.

"Subject to planning approval, it will play a significant role in connecting people through our infrastructure, facilitating more people to get outdoors and choose sustainable travel options, whilst benefitting peoples’ health and wellbeing.”

Paying tribute to everyone involved for advancing project development during this emergency period, Mayor Boyle continued: “Now, more than ever, there is a real need for investment in projects which encourage a more active, healthy lifestyle. Once completed, the proposed new bridge will further enhance the City and District’s growing greenway network.”

Gina McIntyre, Chief Executive of SEUPB said: “This bridge is an integral section of the North West Greenway Network’s route 2, which will link Derry to Muff.

"It will encourage more people to choose an eco-friendly form of travel, one of the core objectives of the EU’s INTERREG VA Programme, which has been designed to support more sustainable forms of transport, on both sides of the border.”

She continued: ”It is also important, as we emerge from COVID-19 restrictions in the coming weeks and months, that we rebuild our society and the economy in a more environmentally-conscious way.

"This greenway will help support a more socially distanced recovery process, an approach that will pay real and tangible dividends for us all in the future.”

Further details on the project can be found at www.nwgreenway.com. The full planning submission can be viewed on www.pDerry City and Strabane District Council seek planning permission to develop a new cycle and walk bridge