Derry woman through to semi-final of The Voice UK 2020

Brooke Scullion progresses to the live shows which will take place later this year. 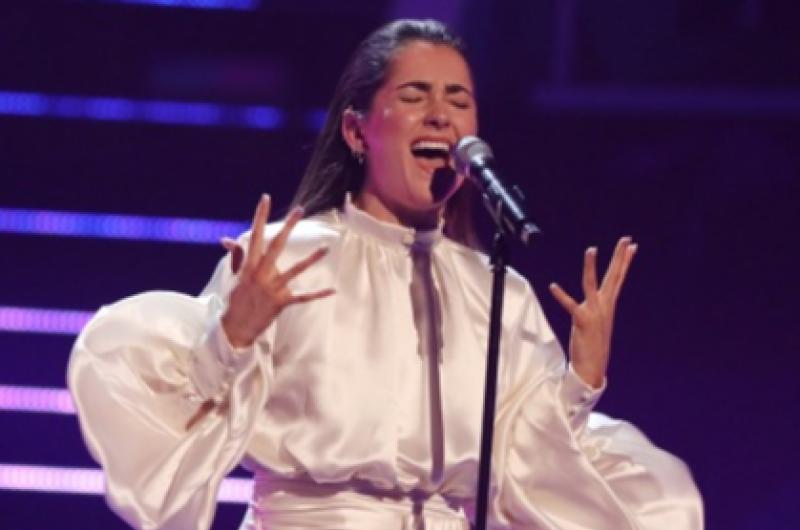 Derry woman Brooke Scullion is one step closer to realising her dream of winning The Voice UK 2020 following an impressive performance in tonight's Knockout round.

Brooke sang Rhianna track 'Stay' as she vied to secure a place in the semi-finals of the singing competition.

Out of the 12 acts performing only four went through to the semi-final which has been postponed until later this year because of the coronavirus pandemic.

But the Magee student felt her nerves got the better of her on that occasion and came out with a point to prove in the Knockouts.

Olly hailed tonight's performance as 'fantastic' while Meghan said she was 'so proud' of her young protégé.

Speaking to the Derry News earlier this week Brooke said tonight's song was close to her heart as it's the first one she performed at school and has brought her a luck over the years.

She described Meghan as a 'brilliant' coach and someone with whom she shares many similarities.

The Derry woman was also adamant that whether she went through or not this was just the beginning of her journey as an artist and being a good role model like Meghan is foremost in her mind.

At her first audition the Bellaghy woman impressed all four judges with a heartfelt rendition of Lewis Calpaldi song 'Bruises'.

Four superstar guest mentors have been busy helping The Voice Coaches and their acts get ready for the toughest challenge yet, as each team must go from six to just two ahead of the Semi-Finals.

Little Mix's Jesy Nelson has been bringing her knowledge to Team Will.

Vocal powerhouse Ella Eyre has been guiding Team Meghan towards the Knockouts.

Country music icon Shania Twain has been on hand to help Team Tom give their best performances yet.

And global superstar Ellie Goulding has been giving Team Olly her expertise to help them hit new heights in the Knockouts.