'Damning' report criticises delays to A5 and A6 roads 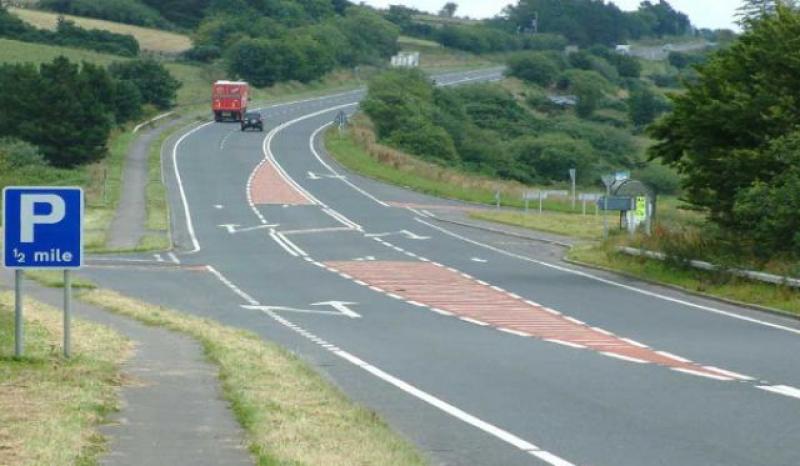 Northern Ireland’s most senior auditor has criticised budgetary overspends and delays to major capital projects, including the A5 and A6 roads, which are seen as integral to improving Derry’s connectivity to the rest of the country.
The roads aim to reduce travel times from Derry to Belfast and Dublin.
Major, high-priority capital projects are not meeting their cost and timescale targets, and a change of approach is needed. That is among the key findings in a report on “Major Capital Projects" published today, Thursday 19 December, by Northern Ireland’s Comptroller and Auditor General, Kieran Donnelly.
Mr Donnelly’s report provides a high-level overview of the Northern Ireland public sector major capital projects portfolio and departmental progress in delivering eleven projects.
These include the seven flagship infrastructure projects identified by the NI Executive in 2015 as its highest priority projects. Alongside the A5 and A6 roads are a Mother and Children’s Hospital, Belfast Transport Hub, Belfast Rapid Transit, Regional and Sub-Regional Stadia and Desertcreat College.
In addition, there are four projects which have "experienced problems together with details of performance against business cases." Ulster University's Greater Belfast Development is said to have encountered "significant problems" and "now needs to attract substantial additional external finance to bridge a major funding gap."
The business case, approved in March 2010, envisaged that the expanded Belfast Campus would be open to students in September 2018 at a cost of £254 million. Funding was to come mainly from the UU’s own reserves and external borrowing, with the Department for the Economy (DfE) contributing £16 million capital grant.
The total cost of the project is now estimated at £363.9 million including 20 per cent Value Added Tax (VAT) which is irrecoverable.
Of the seven flagship projects examined, none have been delivered in line with both original time and budget estimates. Departments attributed this to a range of common issues: funding constraints, legal challenges, planning issues, and a lack of interest from the construction industry.
Commenting on the report’s findings, Mr Donnelly said: Major capital projects are complex, and delivery problems are not unique to Northern Ireland. That said, it is disappointing that, while some projects are delivered on time and within budget, many suffer significant cost overruns and time delays.
“Even flagship projects identified as the Northern Ireland Executive’s highest priority, and with funding secured over a longer period, have not met their original delivery targets.”
Mr Donnelly added: “Existing, cumbersome governance and delivery structures within the Northern Ireland public sector can be a barrier to achieving value for money. I believe there is merit in considering alternative models, sufficiently resourced with specialist staff, to help improve future delivery.”
In response to the issues raised by Departments, Mr Donnelly’s report notes that he will be conducting two future studies - one considering the efficiency and effectiveness of the Northern Ireland planning system at central and local government level, and another on identifying the lessons arising from Judicial Reviews.
Further in-depth studies of individual major capital projects will also be conducted to assess whether value for money has been achieved.

SDLP MLA Mark H. Durkan said the report is “damning” and unsurprisingly identifies major issues in the delivery of flagship projects West of the Bann including the A5 and A6.
He added that if anything should spur assembly members back to doing their work it should be this report on major capital projects which have either been delivered late or overrun costs.
The Foyle MLA said: “This report is shocking by any standards and underlines the lack of oversight by elected representatives and the failure to adopt new models as has happened in Scotland and the Republic of Ireland.
“The report also makes clear the gross disparity in capital projects between Britain and Northern Ireland when there should have been a commitment to make up for the neglect of the past. That clearly wasn’t a priority for those who made the assembly unworkable.”
He continued: “One of the documents completed during talks earlier this year, brought agreement on openness and transparency and that must be central to ensuring that reports of this nature from the Audit Office are a thing of the past.
“Every single pound spent on capital projects must be based on best practice and be fully accounted for. That won’t happen while members are not at Stormont and it certainly can’t happen without partnership, involving all parties, working effectively.”
He concluded: “There is a golden opportunity now for all of us to roll up our sleeves, burn the midnight oil and make this place a model for accountability and best practice.”