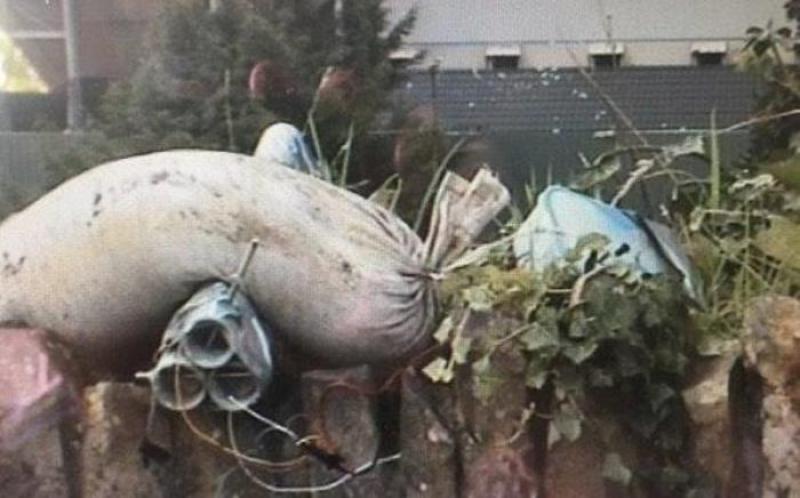 An image of the explosive device released by the PSNI.

A man has been arrested by the PSNI's Terrorism Investigation Unit in Strabane in connection with an attempted attack on the town's police station two months ago.

The PSNI say that a number of searches are currently ongoing in the area.

Detective Inspector Andrew Hamlin from PSNI’s Terrorism Investigation Unit said: “Today’s arrest and searches are linked to an ongoing investigation into a mortar device that was discovered in Church View, Strabane on Saturday, September 7, 2019.

“Whilst the device was aimed at the nearby police station and was undoubtedly designed to injure or murder police officers who work to keep local people safe, it was recklessly left in a public area, just metres away from a number of family homes.

“The New IRA were behind the attack and they demonstrated once again that they do not care who is hurt or killed by their violent actions. A number of small children were in close proximity to the deadly device and it is disgraceful that their lives were put at risk.  A number of older and vulnerable people were also forced to leave the comfort and safety of their own homes.

“I believe that the New IRA members behind this attack are living in the community, amongst the people whose lives they put at risk. Our focus is on keeping the community safe and protecting them from the threat posed by these violent groups but we need the help of the public. Our chances of success are vastly improved by support and information from community as today’s search and arrest operation demonstrates.

"I would strongly urge people to report any suspicions they have about dangerous and illegal activity in our community to police on 101 or alternatively, information can be provided to the independent charity Crimestoppers on 0800 555 111 which is 100% anonymous.”