New PSNI report shows year-on-year rises in Class A drug seizures, which have increased from 29 in to 143 in past six years. 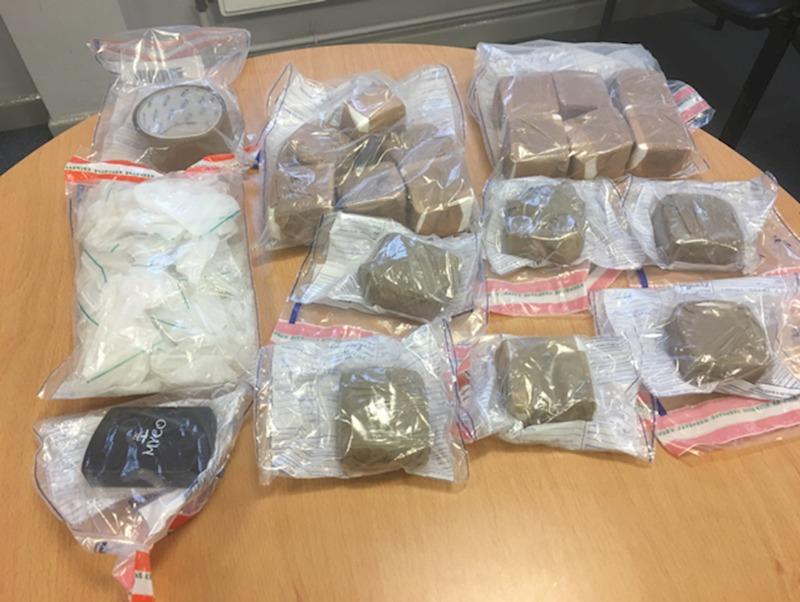 New statistics have revealed that the PSNI has seized more hard drugs in Derry than at any time in the past seven years.
In an effort to counter the problem of drug dealing in the city a more pro-active approach has been adopted by the police.
The PSNI report showed year-on-year rises in Class A drug seizures, which have increased from 29 in 2012/13 to 143 in 2018/19.
The emergence of heroin amongst PSNI drugs seizures since 2015/16 is a concerning feature for local drug addiction charities. From 2012/13 to 2014/15 there were no heroin seizures in Derry but two seizure incidents occurred in 2015/16 and it peaked at 8 in 2017/18.
The most commonly seized Class A drug is cocaine. In 2012/13 police recorded 11 seizures of cocaine, in the past year that jumped to 112 seizures -
Class B drugs have shot up from 296 total seizures in 2012/13 to 410 in the past year. Similarly, Class C drugs fell below 30 in 2012/13 but over 100 seizures were made in each of the last two years.
Neighbourhood Policing Team Inspector John Moore has urged the local community in Derry City and Strabane to continue to help police tackle the issue of drugs in the area. Dealing with the issue of drugs is a priority for local police and officers could not do it without the support of the local community, he said.
Inspector Moore explained: "Recent statistics show us that seizures of illegal drugs are rising and I believe that this is as a result of pro-active policing and an increased confidence in policing in the area which has encouraged local people to report illegal activity.
"One of our policing priorities is to reduce the harm caused by drugs in the local community and I want to make sure we continue to increase the number of drugs my officers are taking off the streets but we can't do this alone. If you have any information on drugs, please contact police so that we can deal with it.
"Drugs destroy communities and ruin lives and I would appeal to anyone who has any information in relation to illegal drugs, to contact police at Strand Road on 101 or, alternatively, Crimestoppers on 0800 555 111. Please help us put drug dealers on the back foot."