Translink on board for city's Halloween celebrations 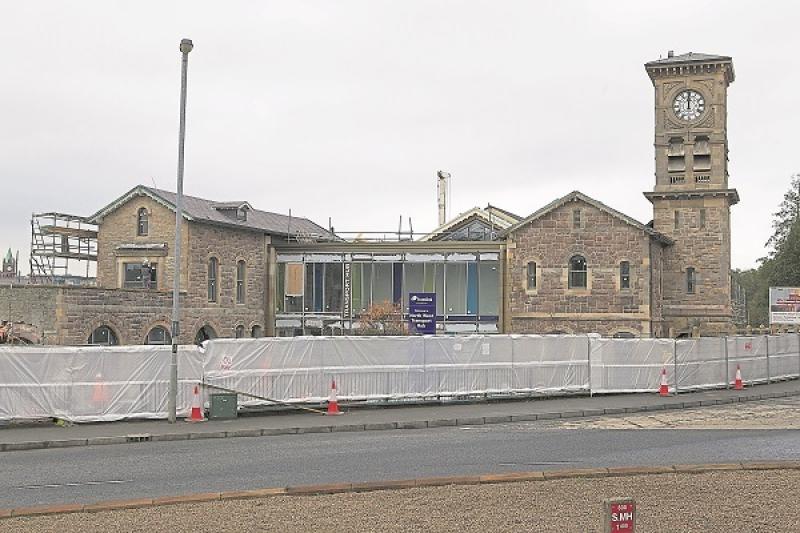 Translink will mark the opening of the North  West  Transport  Hub  by jumping on board with Derry City and Strabane District Council’s Halloween  celebrations through a special programme of activities and travel promotions.

The eagerly awaited  £27 million facility will open at the site of the former Waterside Train Station later this month, in time for the city’s Halloween celebrations which run from 26 October to 1 November.

Festivities from the first day will include a specially designed spooky installation in the new station, live music, storytelling and carnival performances on  Halloween night. 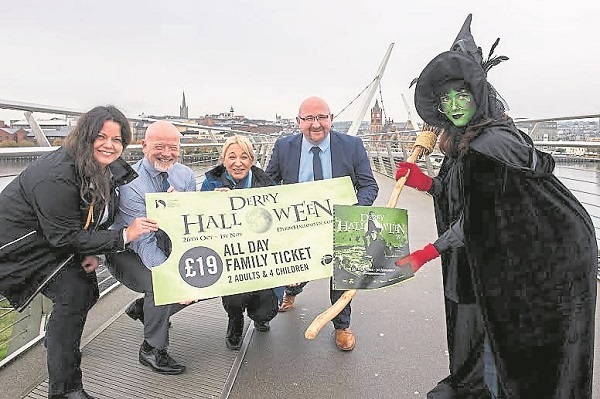 To encourage as many people as possible to visit the city during the celebrations, Translink has a range of spooktacular deals and services available including their £19 Halloween family day Ticket for up to two adults and four children, a “return for a single” ticket is available on the train between Coleraine and Derry, a “Bus Rambler” ticket for £9.50 offering unlimited travel and a £2 mLink day ticket giving all day travel on Foyle Metro.

There will also be a special late night train to Coleraine after the fireworks on Halloween Night at 10.38pm to allow revellers to enjoy the party in the city centre and for those returning to Belfast, they can jump on board the Goldline 212 coach service that will run up to 11.00pm from Foyle Street.

Mayor of Derry City and Strabane District Council, Councillor Michaela Boyle, welcomed Translink’s partnership with the Derry Halloween celebrations:
“I am delighted that Translink will play such an active role in our 2019 Halloween celebrations and that the new station in the Waterside will not only be a hub for various modes of transport but a hub for all things Halloween during the week-long festival,” she said.

“I am excited to see the regenerated Waterside Train Station in all its glory when the new  North  West  Transport Hub  opens and the new track, signalling and telecoms work that have taken place.

“The varied  Halloween  programme and special promotions at the hub will hopefully encourage people to consider active and sustainable travel options and provide the ideal welcome to visitors who are joining us for the world’s biggest and best  Halloween party.”

As part of the programme on Tuesday, 29 October, the Wheelin Banshee Bike Ride, organised by Sustrans at 5.30pm, will leave the hub and take cyclists on a tour of some of the sights and sounds of the festival.
Ian Campbell, director of service operations for Translink said: “We are pleased to be working with Derry City and Strabane District Council.

“The opening of the city’s new North West Multi-Modal Transport Hub is a key milestone and we are very excited to have the new facility open in time for the Halloween celebrations.

“Alongside the range of great bus and train offers and services we will have our own spooky installation at the new hub as part of the festival programme showcasing the new community space inside.  We want to create a community buzz around the opening of the new facility and through hosting a variety of in-station activities we hope passengers will be able to enjoy the best of the city’s Halloween festivities as part of their journey experience.”

Full details on special travel offers can be found online at translink.co.uk/derry halloween.