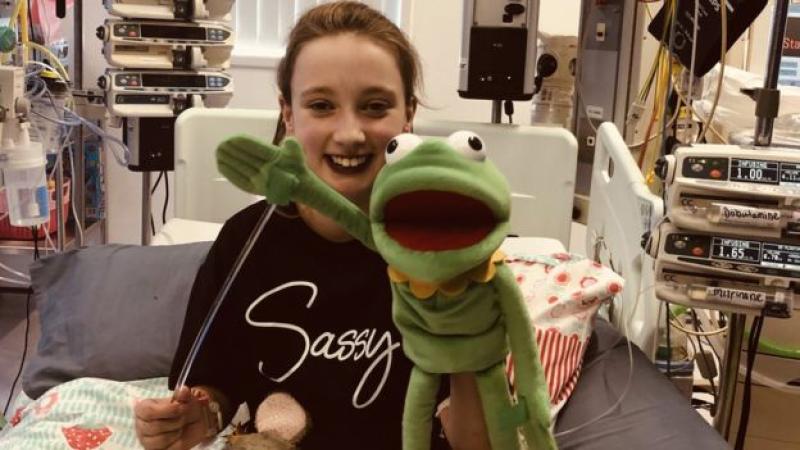 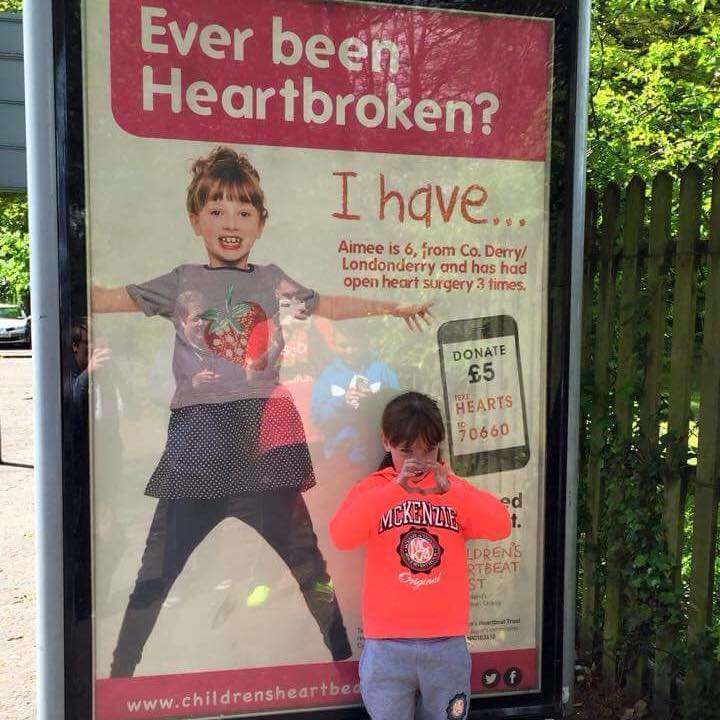 He also spoke of Aimee's “soulmate” – her pet dog, Cookie.
Cookie was her dog and they remained soulmates throughout her journey,” said Rev Scott.
“Cookie seemed to sense how special she was and, Valerie tells me, Aimee so loved to dress Cookie up, and time and time again he let her.
Rev Scott told how the schoolgirl had continued to wait in hope for an organ donor to be found, "but sadly and tragically never got the call she and her family so desperately longed and hoped for".
He said Aimee was "a light in the lives of all who knew her", and he encouraged people to sign up to the organ donation register. 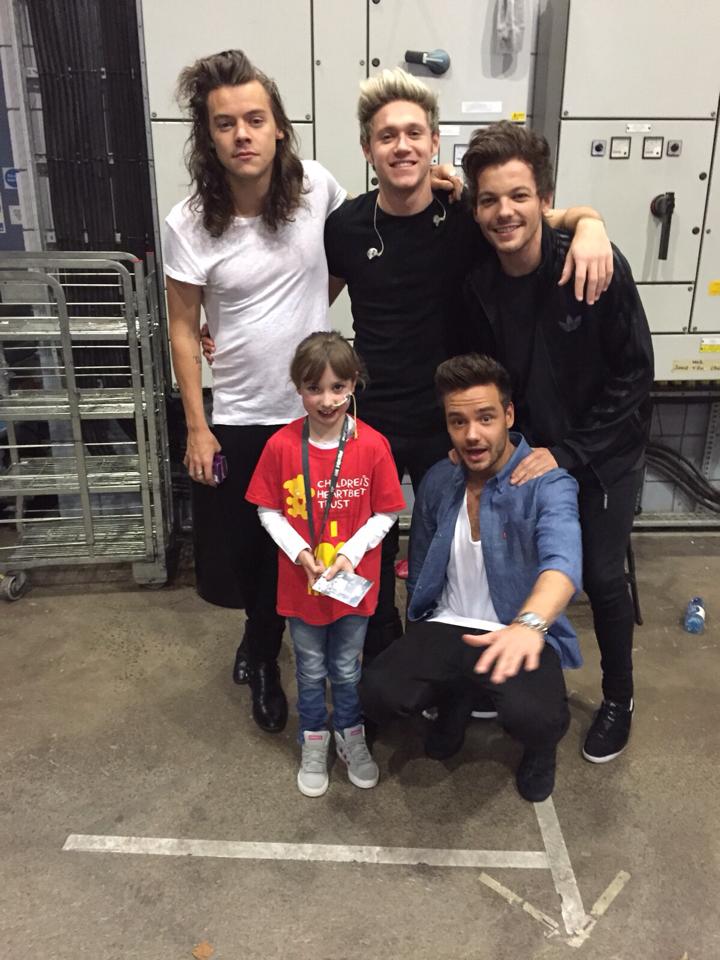 "To spare other families the heartbreak and pain Aimee's family are going through would be a fitting legacy indeed," he said.
Rev Scott added: “Aimee spent the last nine months of her life in the Clark Clinic, still putting others first by playing with and supporting the other children who came through the clinic’s doors, helping them on their way.
“I know the family wish to thank the doctors and nurses who looked after Aimee throughout her journey – they were quite simply outstanding in the way they cared for her.
“Valerie and Stephen couldn’t have wished for a better daughter – she was amazing, and they and the whole family circle loved her deeply and are rightly so very proud of her.”
After the service, Aimee was buried in Polepatrick Cemetery.
Her public battle waiting on a heart donor to be found touched so many.
In August she spoke to BBC Newsline from her hospital bed about the struggle.
"Being stuck in here it's just you have no life, just sitting here every day hoping you get that call - I just want to go home," she said.
She also appealed for greater discussion around organ donation.
Aimee’s medical crisis was predicted after she was born with a severe heart defect.
By the time she was six years old, she had underwent three open heart surgeries.
In 2015 Aimee was featured in a billboard campaign to raise awareness of congenital heart disease and the work of the Children’s Heartbeat Trust.
And in June of this year she officially opened a new specialised unit aimed at helping children with heart defects alongside Ireland captain Rory Best.
In a statement released last week, the Children's Heartbeat Trust said Aimee was one of the “bravest, funniest and sassiest girls” their staff had ever met.
“Always ready with a cheeky smile and joke, Aimee was a light in the lives of all who knew her and her impact has been felt further afield with well-wishers contacting her and her family from around the world,” they said.
“We will all miss her so much and send our deepest condolences to Valerie, Stephen, Taylor and their extended family on the loss of such an inspirational daughter, sister and heart hero.”
According to the Northern Ireland Transplant Association, there are 192 children in the UK waiting for organ transplant and 42 of them need a heart. 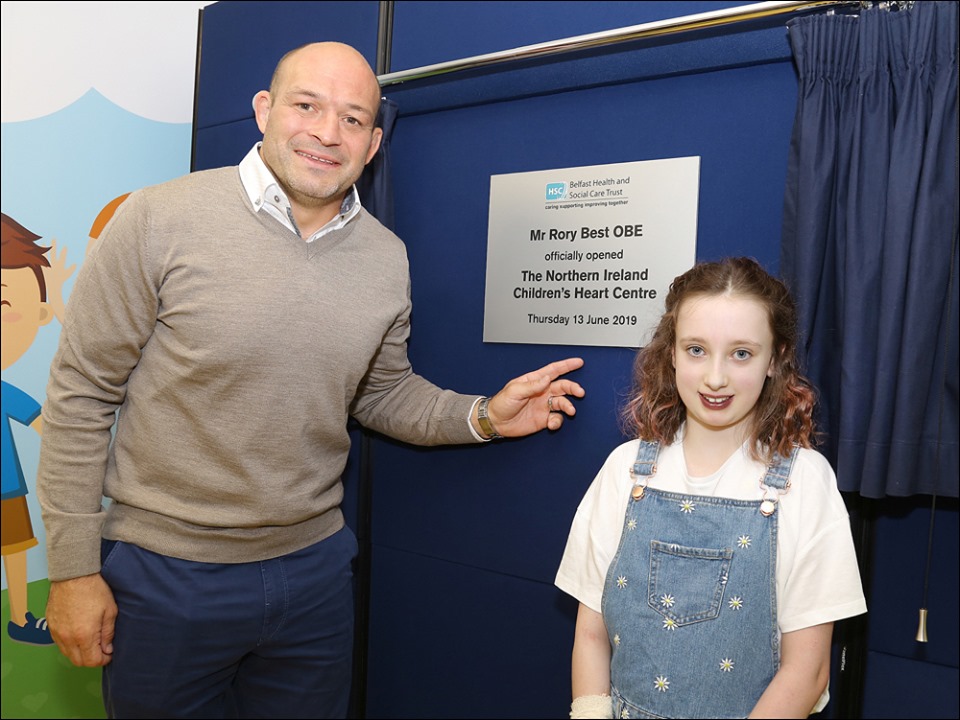 It is particularly difficult to find a donor for children and babies in need of a heart.
Because the size of the heart is important, meaning a donor of a similar size is needed.
As a result young patients face a wait for an urgent heart transplant that is more than two and a half times as long as for adult patients. The average waiting time on the urgent heart transplant list for adults is 30 days and for children in desperate need of a heart, the average waiting time is 79 days.
Aimee's family have vowed to continue the campaign for to get more organ donors signing up.
The County Derry Post supports their campaign.
Registering to become an organ donor takes just two minutes, but can make a lifetime of difference.
Talk to your family about your wishes.
Register: www.organdonationni.info