Justin says he is quite often asked to rescue bad haircuts. 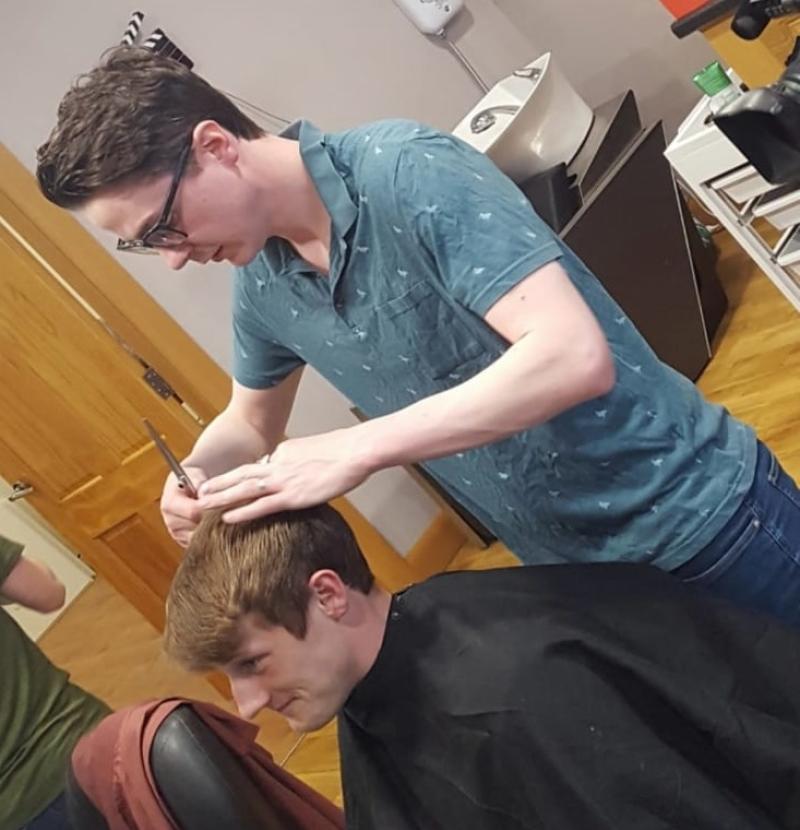 A County Derry barber has issued some practical advice for those panicking at the prospect of months without their hair being trimmed.

Whether prompted by boredom or bravado, across County Derry men have been taking grooming into their own hands and having a go at cutting their own hair.

Justin McGrath, owner of Justin McGrath Barbering in Maghera, told the County Derry Post that the phenomenon is not necessarily a new one.

“I spend most weeks fixing somebody’s haircut,” he laughs.

“Young boys seem to love cutting their own hair. Mates go round to each other’s houses, pull out a set of clippers and away they go.

“The barbering industry, probably over the last few years, has become quite trendy. There are so many videos on Instagram and people copy that.

“It’s the same as me looking at a video of someone putting an engine in a car and then trying it myself and making a complete balls of it.

“You’ve no chance trying to do anything more intricate and skilled. I see people trying to do it with kitchen scissors and stuff.

“I remember in primary school when people would have got haircuts from their ma, and you see pictures and think: ‘look at the hack of that’.”

With no apparent end to the lockdown period in sight, Justin is advising anyone worried about how their hair is going to look just to let it grow.

“You’re going to be in your house for the next three months, nobody is going to see you,” said the Maghera man.

“You don’t really need to get your hair cut. If people in your house haven’t accepted you for who you are by now, you may find somewhere else to live!

“Plus, if you grow it out, you might actually like it. A lot of young fellas have skin fades and short haircuts, so to grow it out might be a bit of a change for them.”

Justin closed his doors the Saturday before the government-imposed lockdown, with social distancing impossible to maintain due to the nature of the job.

From a professional point of view, he is watching with interest how the shutdown in barbering services affects those in government.

He said: “Boris Johnson’s hair is mad anyway, you’ll not know if his is cut or not, but the likes of Rishi Sunak [Chancellor of the Exchequer] has a short haircut.

“If this runs on for months and his hair is still short, then someone is cutting his hair and that‘s against the social distancing policy!”

Although he warns against it, he does have some advice for those, driven by boredom, who are determined to take the chop themselves.

“Boys were starting to do this in lockdown after two days – in three or four weeks you might be thinking it’s getting a bit long, but boys were shaving it after two days!

Have a look at the Derry men who had a go before reading the advice here.