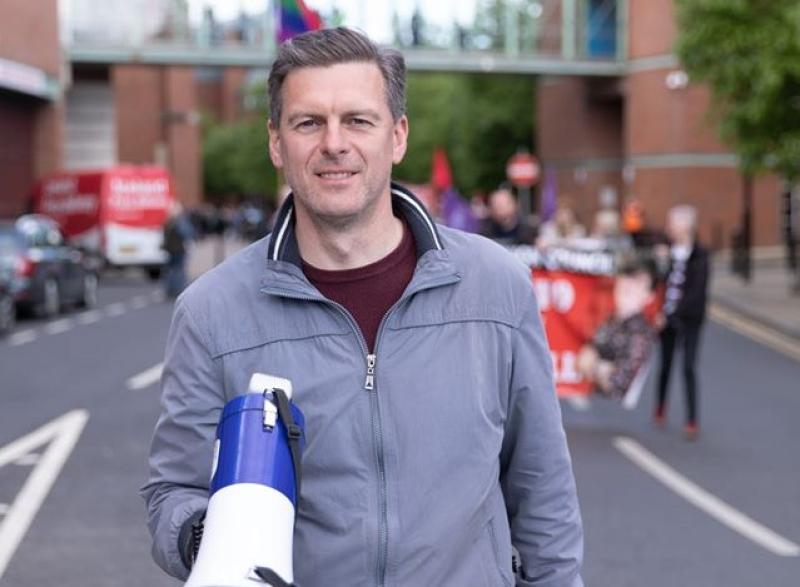 People Before Profit Cllr Shaun Harkin said: "We are being asked to scrutinise whether or not a joint order was made by the Stormont Executive and the Dail for PPE in China.

"There certainly should be a coordinated approach North and South but there are actions Stormont Executive parties and the Dail have not been willing to act on when it comes to PPE, Covid-19 test kits and ventilators.

"They haven't been willing to put public health ahead of private companies raking in massive profits in the midst of this crisis. This is why their response has been slow, inadequate and putting lives at risk.

"When the WHO declared Covid-19 a global pandemic on January 30 manufacturers should have been directed by Westminster, Stormont and the Dail to repurpose production to mass produce PPE. This didn't happen and now we're scrambling to get them from China. It can still happen. For testing of Covid-19 and mass testing, Randox Laboratories in Crumlin, Antrim, should be put under public control.

"Randox has received tens of millions in public money but have be allowed to go on a profiteering binge. Instead of being directed to mass produce testing kits as part of an integrated all-Ireland health strategy they've been able to charge exorbitant prices. Prince Charles, Boris Johnson and elites get tested while workers and the sick don't. Put Randox under public control now.

"Randox pays Tory MP Owen Patterson £100,00 a year and have been allowed to put profits for shareholders ahead of people and profit. The rich and powerful shouldn't have access to testing when frontline workers can't.

"Thirdly, Medtronic based in Galway, is a global manufacturer of life-saving ventilators. Medtronic should also be put under public control to produce thousands of ventilators for health services North and South.

"Business can't go on as usual in response to this crisis. Private companies can't be allowed to put profiteering ahead of people and health. These are actions that should be taken but the political establishment, so long subservient to powerful corporations, won't contemplate them unless they come under pressure to do so. We need to keep pressing and demanding."