CORONAVIRUS: Mother tells of anxiety over lack of care for those at risk of virus

Colleen is urging people to use social distancing properly. 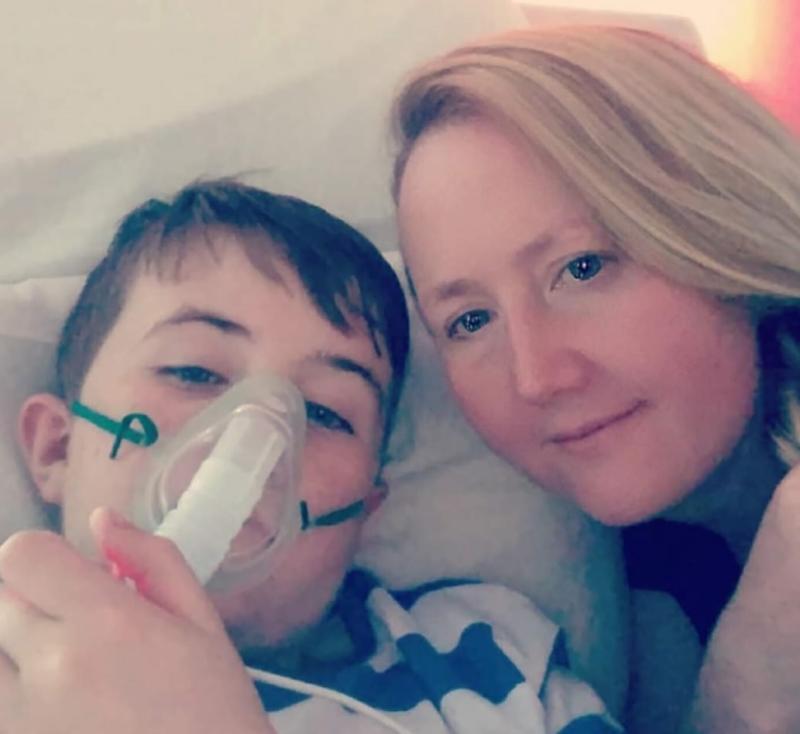 A local woman, who is in the ‘at-risk’ category, has told of her ‘overwhelming anxiety’ as the coronavirus continues to spread.

Colleen Murtagh, from Gulladuff, and her 15-year-old son Cormac both suffer from asthma and she says the recent spread of the virus has left her deeply concerned.

She said: “I’m on a steroid-based inhaler and take chest infections nearly once a month over the winter.

“My son has asthma as well and has been hospitalised with pneumonia a couple of times. The last time he was in for 4 or 5 days and had been blue-lighted down to hospital.

“This virus could kill him.”

The mother-of-three says the recent panic-buying in shops across the country has left her in fear of even entering the supermarket.

She feels shoppers filling their trolleys with toiletries and non-perishables are acting without regard to those in the ‘at-risk’ categories.

She said: “I am yet to set foot into supermarkets because the anxiety is overwhelming.

“People are going through Lidl there without using social distancing, handling the baskets and all that could be covered in germs.

“I don’t know if they’ve thought about it or if they actually care. Maybe they don’t have people that are at risk. If they’re not closely affected, maybe they don’t realise the dangers of it.

Colleen, who also has two ponies stabled in Magherafelt, has pulled her 7-year-old daughter from school and is urging authorities to provide more clarity on how to act.

“You’re getting conflicting advice and information and you just don’t know what is right,” she said.

“There are a lot of things shared on social media that turn out to be rubbish. People don’t know what to believe and that causes the whole hype.

“The panic, fear and anxiety is ridiculous, it’s overwhelming.”