MacD on Music: Doing more than 'Busking in the Mirror' 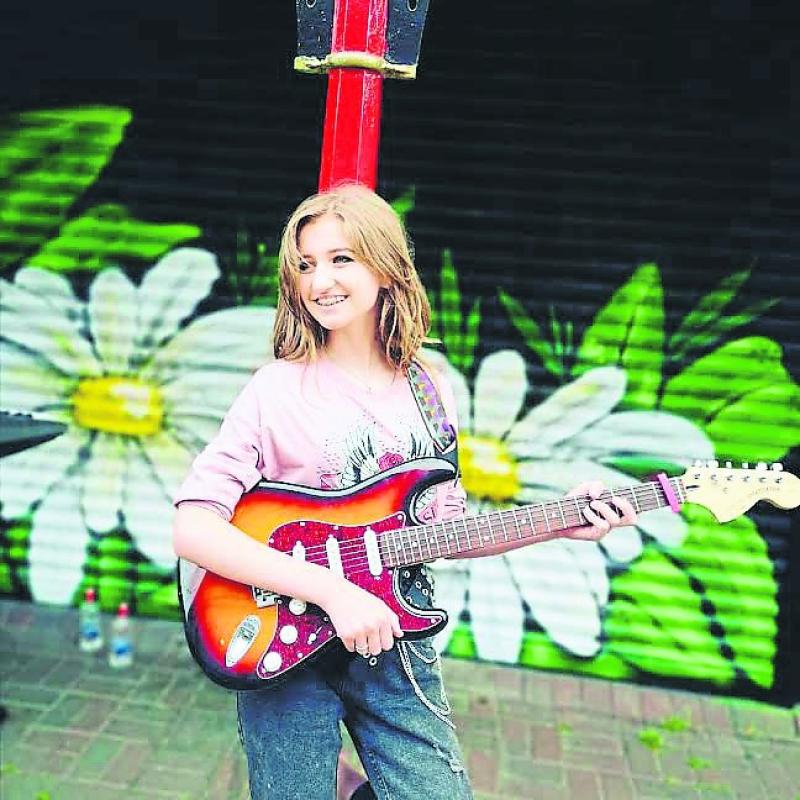 It’s not every day you get to sing for a former Australian Prime Minister, the Lord Mayor of London, the Mayor of Derry and the Secretary of State, but that’s just what Cora Harkin did recently in the Guildhall.

She may only be 13, but Cora has been a part of the Derry music scene for almost seven years now. First, getting attention performing ‘Let It Go’ from Frozen in a local talent show, she has since made quite a name for herself, regularly performing at events around the town and beyond.

Just last month, she won the Forestside Roots Young Singer Songwriter Under 17s. Based in Belfast, the competition attracts the finest young singer-songwriters in the country, north and south.

Because she won, Cora will now get her song, ‘Busking in the Mirror,’ recorded and produced in Belfast, followed by an official launch night.

Her third time in the competition, Cora had previously been a finalist and semi-finalist and as well as having her song recorded, the people behind it also help the young artists get slots in festivals and other shows, acting 'almost as booking agents.' ‘Busking in the Mirror’ was written specifically for the contest and Cora explains it as 'how I see things and how my mind works, but I just let people get their own interpretation of it.'

Describing it as “My personal favourite that I’ve written”, she says it’s a song she “enjoys playing and listening to”.

Describing her music as “indie, pop rock”, Cora says that she “grew up with Oasis instead of ‘Ba Ba Blacksheep’”.

Looking through her YouTube channel (Cora Harkin Music, for those interested), it’s clear that she’s a child of the ‘90s (despite being born over a decade after the release of ‘(What’s the Story) Morning Glory?’).

On her channel are covers of bands such as The Cranberries, Queen, David Bowie and, of course, Oasis. This is as well as several original songs and performances from different events throughout the past few years.

This year, Cora took part in Junior Eurovision, which aired in October, and covered, in Irish, ‘Catch Me If You Can’ by Walking on Cars and ‘Shut Up And Dance’ by Walk the Moon. This was her second time in the competition, having previously made it to the final three years ago with an original song, ‘Cibé Saol Atá Romham’, written when she was seven, about “chasing my dreams, which is such a typical song topic”.

After telling Mr. Abbott “This is the wee girl I was telling you about” he “asked me to come out with my guitar and sing for him. So I came out at the bottom of the stairs and this big crowd, from the meeting that day came out and there was the Lord Mayor of London, the Secretary of State for Northern Ireland, and I came out and started playing and it was such a wow moment.”

An invaluable experience for Cora has been the Nerve Centre Hothouse workshops. Having taken part in every one since Easter 2019, she says she’s “learned so much”. Running “pretty much every school holiday,” Cora has “written so many, really good songs”.

Featuring mentors such as Cahir O’Doherty (Fighting With Wire, Jetplane Landing, The New Pagans) Paul Connolly (The Wood Burning Savages), the workshops allow those taking part to write a song and have it put together by Glenn Rosborough on a software called Soundtrap.

Cora tells me “We didn’t see each other in real life once. We all recorded our individual bits and the result sound like it was recorded in an actual studio.”

She described it as “The best part of school holidays. Instead of just lying around the house, you got up, went down to the piano, sat down with your iPad, and you wrote a song, and the song came out really good.”

The next few months are busy for Cora. In the days after we talked she played at a Christmas event for the Mayor and a fundraiser in Our Space. Next year she’s got a slot supporting singer/songwriter Aiden Laird at his album launch on February 4th in Ballybofey and a gig in the Nerve Centre in March. On top of that she’s got the recording and launch of ‘Busking in the Mirror’ so be sure to keep an eye out. She’s going far.