The Lyric Theatre’s patron Liam Neeson has sent a message of support for their forthcoming co-production with Abbey Theatre of Brian’s Friel’s ‘Irish epic’ Translations.

The production will run at Lyric Theatre 23rd April - 29th May and Abbey Theatre 13th June - 13th August, 2022 followed by an Ireland tour to Limerick, Galway and Donegal.

In 1980 Liam Neeson performed the character of Doalty in the premiere of Translations by Field Day Theatre Company at the Guildhall, Derry. 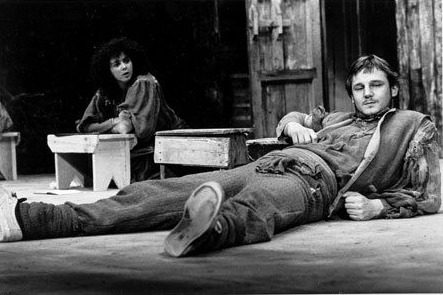 The company was an artistic collaboration between Brian Friel and Stephen Rea. In this forthcoming production Doalty will be played by Andy Doherty, who trained at the Lyric Drama Studio.

Liam’s message comes the day after his surprise cameo appearance on episode one of the Channel 4 hit comedy Derry Girls.

Liam started his career at the Lyric Theatre under its pioneering founder Mary O’Malley, and has been a long-standing Patron and supporter of the Lyric and its work.