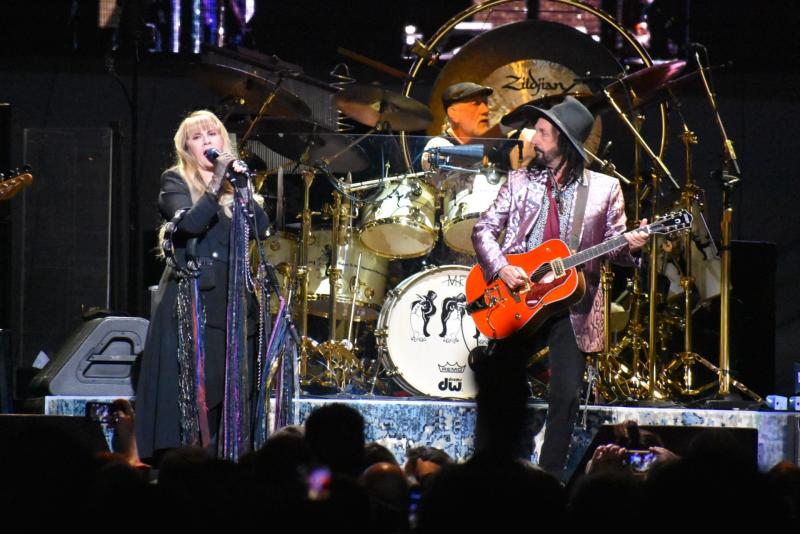 Last week, as you may remember, I wrote about some of the best local gigs I’ve been to over the years.

This week, I’ve decided to stick to that theme, only now I’m widening the scope. I’m going to look back at some of the best shows I’ve been to by not-so-local artists. As anybody who knows me can tell you, I’ve been to a few concerts in my time, so it’s going to be tough to narrow it down for this article, but here we go…

We may as well kick off with the best there is, the best there was and the best there ever will be. When it comes to live shows, it’s hard to beat the Boss. The first time I saw him was the 12th July 2009 in the RDS, on the Working On A Dream Tour, which turned out to be Clarence Clemon’s last. Over the years I’ve seen Bruce three more times and, hopefully, next year will be show number five.

Almost always playing for three and a half hours, without a break, Bruce is undoubtedly one of the best live acts to ever grace this earth, and no two shows are ever the same. If you can get tickets to see him next year in Dublin, do it. You won’t regret it.

I saw the Eagles on the History of the Eagles Tour, which turned out to be Glenn Frey’s last (pretty sure there’s a trend emerging here). Going in, I knew they’d be good, but I had no idea just how good they’d be. Beginning with just Frey and Don Henley on stage, they told the story of the band from the beginning (when they backed Linda Ronstadt), bringing out more members for each song.

The first half of the show was mostly the slower songs, but things picked up in the second half, when Joe Walsh seemed to come alive. Finally, after almost three hours, they closed with Desperado, bringing to an end a show that managed to blow everybody’s expectations out of the water.

Fleetwood Mac have had an...eventful history. Over the 50 plus years they’ve been in existence, they’ve had more line-up changes than Donald Trump’s cabinet. Having seen them live three times, I’ve never seen the same line-up twice. The first time I saw them (2013) was the last tour without Christine McVie, who’d left the band in 1998. By the second time I saw them (2015), she’d returned, bringing back the Rumours line-up for the first time since 1997.

This reunion was short lived, however. In the three years between this tour and the next one, Stevie Nicks and Lindsay Buckingham had fallen out yet again, which resulted in his ousting from the band, so for my third time seeing them (2019), they’d had yet another line-up change. This time it was Nicks, McVie, Mick Fleetwood and John McVie, Neil Finn (of Crowded House), and Mike Campbell (of Tom Petty & the Heartbreakers).

Because of the constant rotation of members, no two shows are the same. Show one featured just one Christine McVie song (Don’t Stop) and show two was a lot of the same hits, only now with her songs back in the mix. Show three saw the band going right back into their catalogue, with Stevie Nicks singing Peter Green’s ‘Black Magic Woman’ and Neil Finn taking vocal duties for most of Buckingham’s songs. Who knows what the next Fleetwood Mac concert will look like?

One thing is guaranteed, though. They’re a group that certainly don’t stop.

Aerosmith had been a bucket list act for me, ever since that Saturday afternoon in 2006 when I’d first seen the video for ‘Walk This Way’ (with Run DMC) on VH1’s 100 Greatest Songs of the ‘80’s.

Like Fleetwood Mac, Aerosmith are a group that have seen their fair share of drama over the years. It was over a decade between that fateful afternoon and me finally getting to see them, but they were definitely worth the wait.

The show started with Steven Tyler and Joe Perry coming onstage through the crowd, and Tyler barely stopped moving all night. During the show they blazed through all the hits, as well as a few covers (‘Oh Well,’ sung by Joe Perry, ‘Come Together,’ which they’d recorded in the seventies and ‘Will You Love Me Tomorrow’ with Steven Tyler on piano) and, by the end, had shown everyone there that they’re still a force to be reckoned with live.