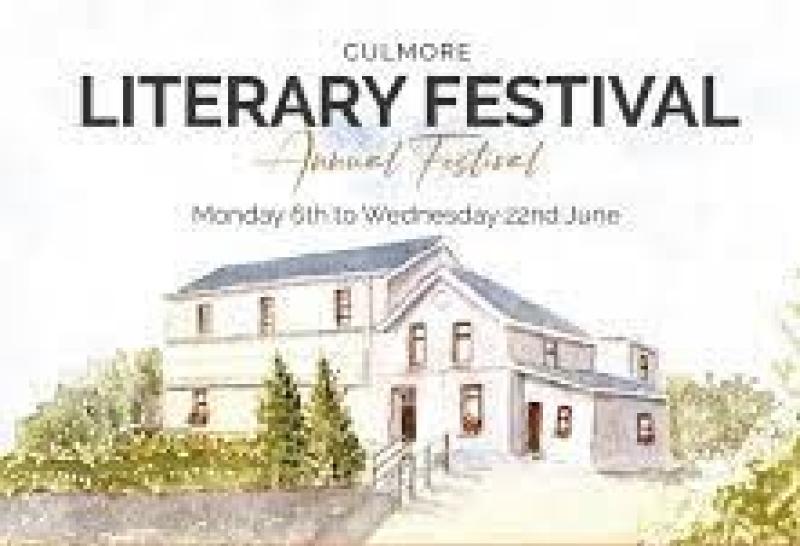 There is something for everyone. Award winning writers, poets, storytellers, singers, print, radio and television journalists will present a range of events for all ages and interests.

There will be book readings and interviews, conversations, script writing workshops, poetry readings, tall tales for adults, bedtime stories for kids and an evening of songs and stories with singer songwriter, Anthony Toner.

You are invited to come and everyone in Culmore, on the banks of the beautiful River Foyle, to celebrate the city's wonderful literary tradition.

These are some of the guests who will be taking part in the event.

Michael Bradley joined his school friend’s group in Derry in the Summer of 1974. They had two guitars and no singer.

Four years later the Undertones recorded ‘Teenage Kicks’ and became one of the UK’s most fondly remembered bands of the post punk era.

Michael works as a radio producer at BBC Radio Foyle and has managed to remain the band’s bass player since 1974. 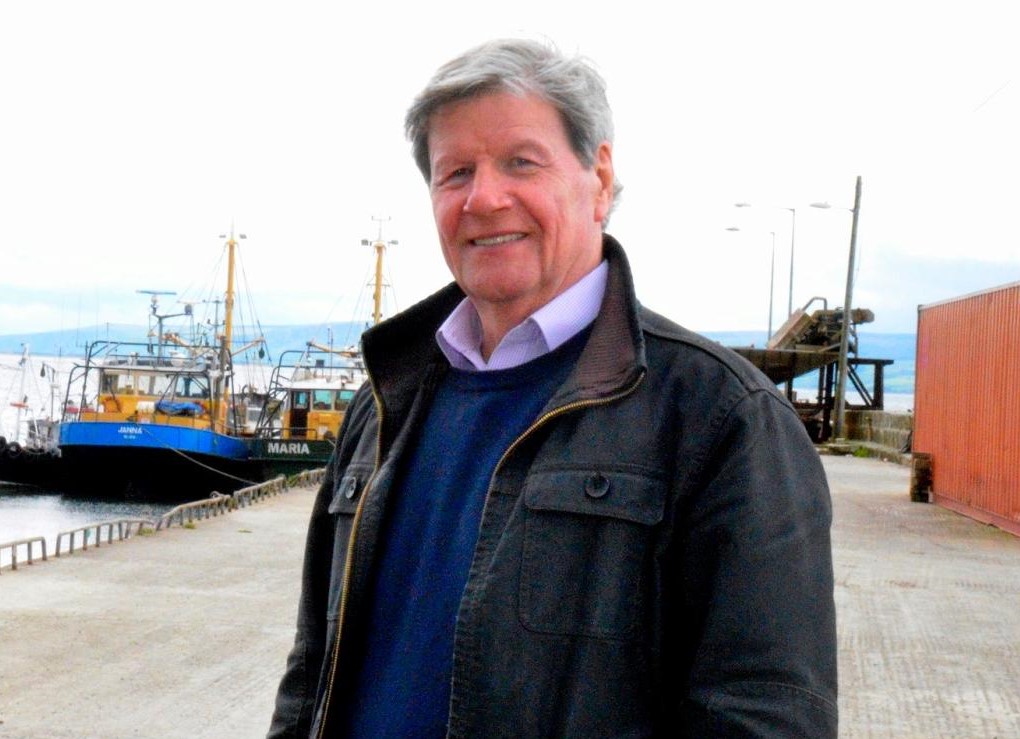 Joe Mahon started his career as a schoolteacher, teaching English and History. He went on to work on BBC Radio Foyle as a contributor before becoming a producer.

He then became manager of Radio Foyle, before moving to TV.

He worked at the BBC and then took up a post with independent production company Northland Films.

A born explorer of place and people, Joe lives in Derry/Londonderry. Joe will be joining us on Wednesday, June 15 at 7.30pm for a great night’s entertainment giving us an insight into his long and varied career.

George Murphy was a musician for 30 years, who told hilarious stories. Gradually, the stories became more frequent, and funnier.

He still sings the occasional song, especially if it is humorous.

George was winner of the London Comedy Award in 2015. He continues to travel throughout out Ireland and the UK displaying his humour, at many festivals, to great acclaim.

Join George for a highly entertaining evening of storytelling and songs on Friday, June 17 at 7.30pm.

Anthony Toner is delighted to join us for an intimate evening of songs and stories in the upstairs room at the Hub, in a year that will see him releasing two albums: Emperor, a completely acoustic collection, revisiting favourite songs from his back catalogue, including ‘Sailortown’, ‘The Road to Fivemiletown’, ‘Well Well Well’ and many more – and The Book of Absolution (due for release in August).

This album will add to his catalogue of personal songs, full of insights about the human condition that never fail to strike a chord with listeners. Between songs, Anthony always shares some hilarious and insightful stories from the road; and is also one of Northern Ireland’s finest guitarists.

As one audience member recently commented after an Anthony show – ‘it was like experiencing a series of beautiful short films.’ Anthony will perform at the Hub on Saturday, 18 June from 7.30pm to 9.30pm 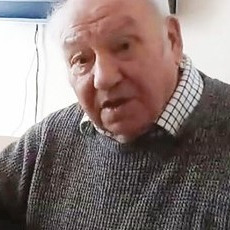 Sam Burnside is an established poet and writer who lived for many years in the Culmore area. Sam Burnside was born in Co Antrim and has spent most of his working life in the North West where he was involved in Adult Education before establishing and becoming the first Director of the Verbal Arts Centre.

His writing has attracted a number of awards, including the Allingham Poetry Prize, the University of Ulster McCrea Literary Award, the Sunday Tribune Hennessy Literary Award in1989.

He was shortlisted for the Pushcart Prize (USA) for his long poem “Stretcher Bearer” in 2016. He is recipient of a Hennessey Literary Award.

In 2012 he was appointed MBE for his contribution to the arts. Sam will read some of his best loved poems at our poetry evening on Monday, June 20 from 7.30pm to 9.30pm.

Feargal Friel is Vice Principal of Hollybush P.S. and has been teaching the children of Culmore for the last twenty-four years.
His love of the natural world and the local landscape influenced his decision to start dabbling in poetry writing in 2016.

Feargal will join Emily Cooper and Sam Burnside for an evening of poetry readings and chat on Monday, June 20 from 7.30pm to 9.30pm. 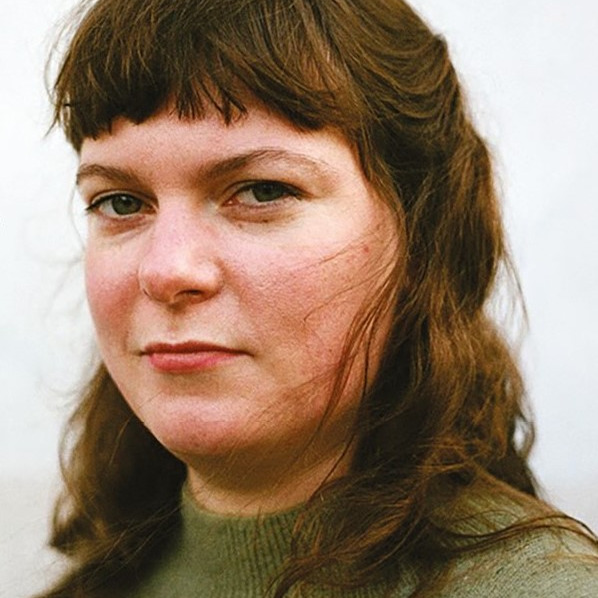 Emily Cooper has been published in the Stinging Fly, Banshee, Poetry Ireland Review, the Irish Times, Stand and the London Magazine, among others. She has been awarded residencies by the RCC, Donegal; the Arts Council of Northern Ireland; Greywood Arts; Centre Culturel Irlandais, Paris; and the Irish Writers Centre.

Since 2019 she has been a recipient of the Next Generation Award, Literature Bursary and Agility Award from the Arts Council of Ireland, as well as a SIAP Award from ACNI, two Artist Bursaries from Donegal County Council and a Culture and Creativity Grant from Creative Ireland.

She is a contributing editor for The Pig’s Back literary journal and her poetry debut Glass was published by Makina Books in 2021.

Claire Allan is a former journalist from Derry in Northern Ireland, where she still lives with her husband, two teenage children, two cats and a dog who thinks she is a human child. In her eighteen years as a journalist, she covered a wide range of stories from attempted murders to court sessions, to the Saville Inquiry into the events of Bloody Sunday and countless human interest features.

Claire has been writing crime fiction since 2018, The Nurse is her sixth thriller. She has also worked as a story consultant on forthcoming BBC drama Blue Lights and is currently working on a TV adaptation of her novel The Liar’s Daughter. 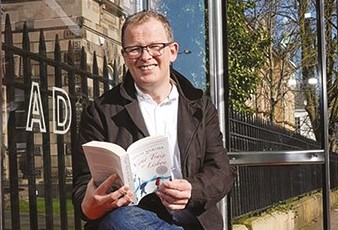 Brian McGilloway born in Derry in 1974, is the author of twelve crime novels including the Ben Devlin mysteries and the Lucy Black series, the first of which, Little Girl Lost, became a New York Times and UK No.1 bestseller.

Brian currently works as an English teacher in Strabane, where he also lives with his wife and four children. His most recent novel is The Empty Room.

Claire Allan and Brian will join us to discuss their crime fiction on Wednesday, June 22 at 7.30pm.