MacD on Music: Feed My Frankenstein 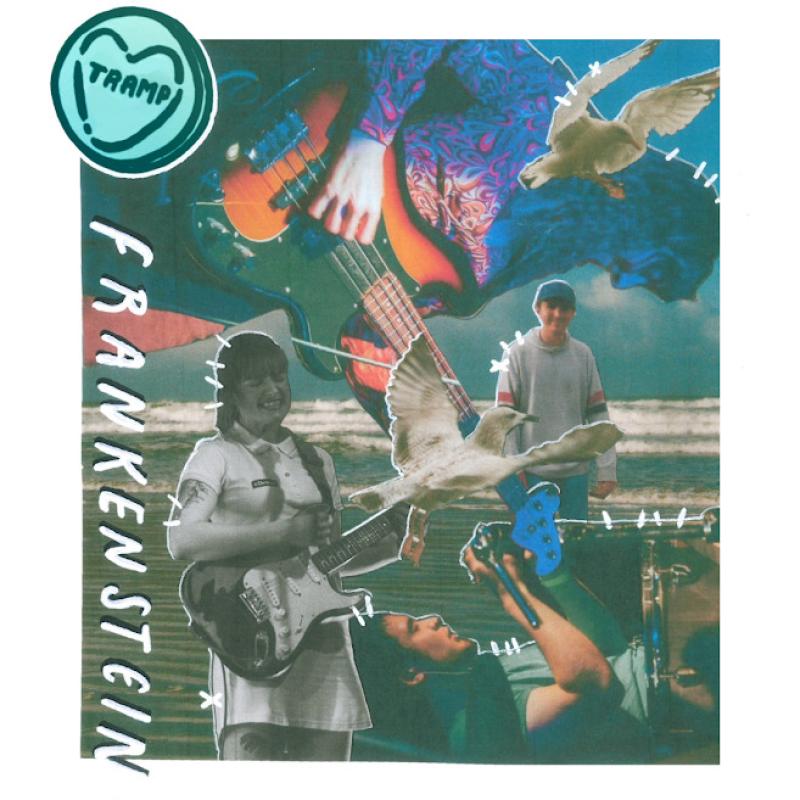 When you’ve been doing this job as long as I have (hard to believe it’s been a whole six months already) it’s inevitable that I’ll be talking to some acts more than once.

This week, I’m talking to Tramp, who, as you may remember, graced these pages at the beginning of this year.

Our last interview took place after their set opening for General Fiasco upstairs in Sandino’s and we talked about the (brief) history of the band up to then.

It’s been a productive few months for them since then, playing with Cherym and recording and releasing their first single, while still eagerly anticipating opening for the Undertones (certain plague-related events pushed the show down the road to the Bloody Sunday 50th ½ anniversary).

They are a self-proclaimed 'happy four-piece.' They describe their sound as 'music-y,' as 'soft rock, but sometimes heavy, and then sometimes not rock, and sometimes not heavy,' saying 'we tease the heaviness but we don’t usually go there.'

On Saturday past, the group launched their first single, ‘Frankenstein,’ in Bennigan’s and in our interview we talked about the busy few months they’ve had since our last chat, how it feels to be able to finally get their music out to the masses, and how '2022 is finally our year…to introduce ourselves to the music scene on a wider scale!.'

So, what have you been up to since we last talked at Christmas?

“After recovering from the food consumption over Christmas, we got together to support Cherym's Derry show in January, started working on new material, and got the ball rolling with our debut single release plans!

"It was quite a difficult few months for us personally so we had to take care of ourselves and get stuck into our music. We also got together with Gerry Craig to work on the music video which will be coming to your screens this week.”

What can you tell me about your new single?

“Our debut single coming out this week, called ‘Frankenstein,’ is the result of a little riff Fionnbarr wrote a while ago; mixed with Sianna’s spiel about conditioning and the lesson of ‘unlearning,’ which has now evolved into a thing the world can listen to! This is a different song from when it was originally written when we were a band of two, but the meaning behind the metaphor is a bit more relatable now (post lockdown) then before.”

How was the whole process of recording and releasing it?

‘Frankenstein’ was recorded in Blast Furnace Recording Studios and produced by Liam Craig (manager ROE) - top class people. It was all new to us and we loved every minute.

We had to dissect ‘Frankenstein’ and look at the song in a completely new light during the recording process. It definitely pushed us to start looking at all our music like that - ironing out every minor detail and element and hearing it evolve. The chilled out studio with a bunch of class equipment was the best way to kill a day!

All the coffee, retakes and craic made it an experience we could easily get used to.

Do you have any more releases planned that you can tell me about?

“2022 is finally our year of showing the world what we’ve been working hard on, and to introduce ourselves to the music scene on a wider scale! We’re going back to the studio this month to finish some more tunes to release in the coming months. Telling you know, trying to learn how to grow in this industry is probably the wildest part to wrap our heads around!”

What do you hope to do next? Do you have anything lined up?

This week, we’re in The Alley Theatre, Strabane, for a sold out unplugged set. Then on Saturday, will be hosting our single launch in Bennigan’s Bar, Derry alongside Polxroid & Stout Talk.

That one still hasn’t sunk in yet. We’re working on a few plans for summertime, too. We are buzzing to be playing FarmFest across the water in Somerset, Bristol on the 29th of July. It’s safe to say we have plenty to save for!

Now, on to other business. This weekend is the beginning of the Jazz Festival and, of course, that means plenty of great gigs throughout the city.

One such gig that’s sure to be a great night is this Saturday 30th when Werewolf Pop pioneers Strength NIA play the Nerve Centre with support from Square Bear. Doors open at 8 o’clock and anyone who’s seen them live before knows this is a show not to be missed.