MacD on Music: Derry's Joe Deery and The Heads itching to get back on the road 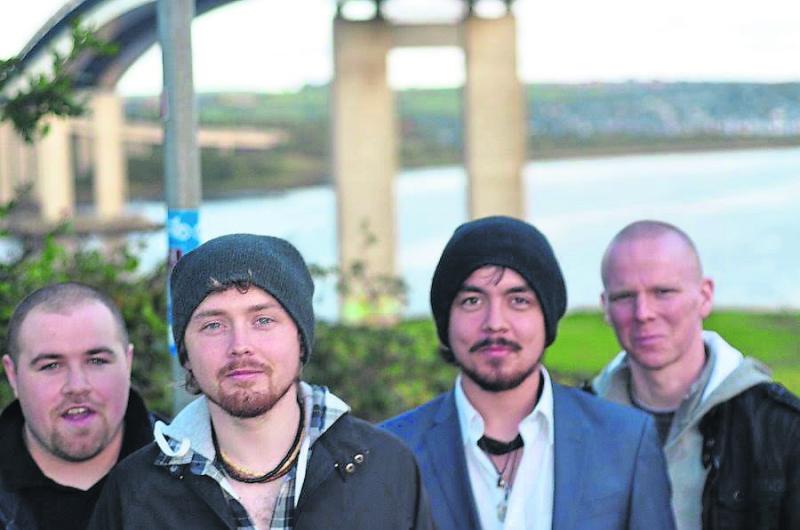 John Deery and The Heads.

Getting ahead in the music industry can be tough. Luckily John Deery has a whole group of them to help.

A veteran of the local music scene, John Deery and the Heads have been going strong since forming in 2010 and they’re itching to get back on the road after an … eventful couple of years!

Now, with shows coming up this week, they can finally get back where they belong: on stage playing for an adoring crowd.

Could you tell me a bit about the history of the Heads?

We formed the band in 2010, after more than ten years playing as a solo artist and releasing two solo albums and an EP.

In 2009, I was recording demos in a camper van in New Zealand for a new album I was going to record with David Odlum in France and knew I wanted a band to record with, so got in touch with my brother Matt and our lifelong friend Steve to form John Deery and The Heads.

Sean Haslett joined us on bass and within a few months of forming, we were in France recording our first album, Smoke and Mirrors (2010).

Since then, we’ve released two more studio albums, Horizon (2013) and Nothing Permanent Lasts (2017), a 25-track live album, Echoes (2015) and have shared the stage with some of the biggest names in music.

It has been a fantastic journey so far and we’re now emerging from the pandemic refreshed and working on new material for our next album, as well as preparing for the upcoming live shows in Echo Echo with ROE as part of the Illuminate Festival on Thursday 24th February and in Nerve Centre on Saturday 5th March at the Dance for Disney night alongside a super line-up of local talent.

What made you want to pursue a career in music?

Matt and I were very lucky to grow up surrounded by music, as grandchildren of the late great James MacCafferty, who had such a significant impact on the lives of so many here through his life and career in music.

Although our family was very musical, it wasn’t until I started playing guitar and writing my own songs as a teenager that I began to find my own voice and discovered a genuine passion for music that has carried me through to this day.

There was just something about the magic of sitting with an instrument and a blank sheet of paper and creating something that has never existed before that got me hooked on songwriting as a means of self-expression and I knew I wanted to pursue a career in music from then on.

What effect has the past couple of years had on you in terms of plans etc?

Just like every other band and musician, the last two years have been tough for us, as the pandemic put a stop to everything from gigs to access to rehearsal spaces and recording studios, which meant that we were limited in what we could achieve as a band.

We had to cancel our ten year anniversary plans to tour and record in 2020 and are only now starting to get back together as a unit.

We have had more rehearsals in the last couple of months than we’ve had in all of the previous two years and with the recent addition of Dave Doherty on Bass we are feeling hopeful and positive for a productive and creative year ahead.

Do you think things will ever get back to the way they were for musicians and artists?

I certainly hope so. We’re starting to see some hopeful signs with the Republic of Ireland opening up to full capacity gigs again and a number of well-attended gigs and theatre shows here in NI.

The upcoming live gigs in Echo Echo and Nerve Centre will be our first in front of a live audience since before 2020 and we hope to get back out playing further afield this year, as we return to some sort of normality again.

What are your plans for the future?

We hope to keep making music together as long as possible and plan to record some new songs very soon, working towards our fourth studio album.

I’m also planning the first digital re-release of some of my earlier solo albums online later this year. As a band, we are really excited for the upcoming live shows in Echo Echo Theatre with ROE on the 24th February and in Nerve Centre on 5th March and hope this is just the start of many more good times to come.

To listen to our music, find tickets for upcoming shows and find all of our social media links, visit www.johndeeryandtheheads.com or follow us wherever you listen to your music

John Deery and the Heads are playing with ROE this Thursday in Echo Echo and the Nerve Centre on the 5th March.