Black Ice is set in a fictional Donegal border community 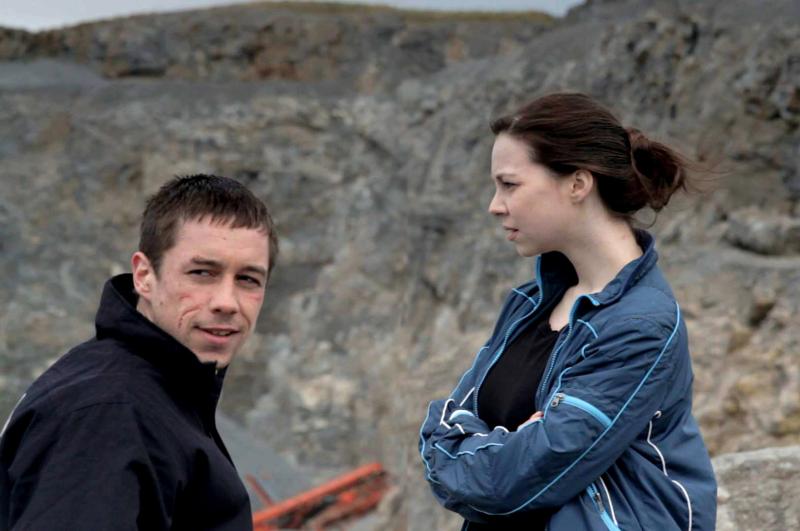 A film set in a fictional Donegal border community is set for release on Netflix.

Written by Johnny Gogan and Brian Leyden and directed by Gogan, the film was produced by Dromahair-based Bandit Films.

The film was scored by Sligo’s Glenn Garrett, edited by Dromahair-based Patrick O’Rourke and shot by Strandhill videographer Peter Martin.

Black Ice tells the story of Alice (McGrath) who is drawn into the clandestine boy - and girl - racing scene where Jimmy (Scott) is considered top dog among the petrol heads in a fictional Donegal border community.

Their relationship and their attempts to get into the legitimate rallying scene are undermined by forces at work in this shadowy border world threatening their ambition, the town where they live and, ultimately, Alice’s family.

Black Ice received a wide release in Ireland in 2013 and was one of the best Irish performers at the box office and on DVD that year. The film received repeat broadcasts on RTÉ.

The film’s release on Netflix follows the recent release of Johnny Gogan’s feature documentary Hubert Butler Witness to the Future on the streaming service. The film will now be available - in multiple languages - across Netflix’ European network

Johnny Gogan returns to Donegal for the commencement of his new novel Station to Station. The pacy thriller about a rogue Irish diplomat commences and revisits at various points in the narrative, Donegal’s Lough Derg pilgrimage island.

Station to Station which featured at the recent Allingham Festival is centred around the uncovering of the corruption around a rather unique Irish-Spanish property deal on the south coast of Spain. Published by Lepus Print, the book is available through independent book shops in Donegal and nationally.

The release of his feature documentary Groundswell earlier this year was welcomed by The Guardian’s Chief Film Critic Peter Bradshaw as “a lesson to communities there and everywhere else to stay vigilant”.