An artist has invited people from Derry and Donegal to take part in a project highlighting the need for a “fluid border” in Ireland. 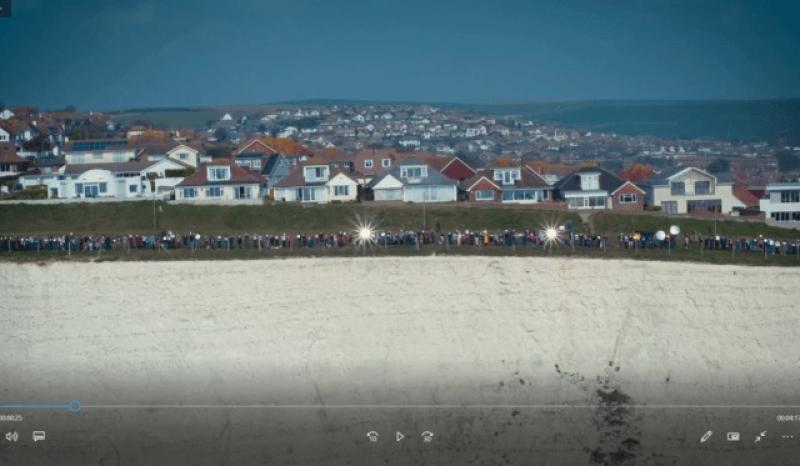 An artist has invited people from Derry and Donegal to take part in a project highlighting the need for a “fluid border” in Ireland.

Duncan Mckellar. is a Welsh born artist who works with border communities. Brexit has brought border issues to the fore in Ireland and his idea for an artwork on the border is aimed at highlighting the concerns of Irish citizens.

Making work outdoors, embedding a piece in its environment, utilising found objects and involving the public are the foundation of his practice.

Duncan is based in Bristol and in the past has created a series of sculptures and installations around the city making use of items such as scaffolding tubes and abandoned Christmas trees.

Recent work has been centred around the need to have “seamless interconnection of people, trade and cultures”.

That includes a kilometre-long line of people across the US/Mexico border. Participant’s mirrors reflected the sun to create a 1000m line of light crossing the border wall - this piece was called Ray of Hope.

On March 30 of this year Mr Mckellar organised a piece called EU SOS involving over 500 people sending an SOS signal from the White Cliffs near Brighton to mainland Europe.

Both pieces were recorded by drone and have accompanying short documentaries.

For his latest project, he is organising an event in Killea on Sunday 27th October.

He explained: “I’m inviting people to gather outside the Church of Immaculate Conception at Midday with a mirror.

“We'll then walk to a nearby field and form a giant circle across the border. Our mirrors will reflect the sun to create a circle of light. A drone will be filming from above.”

He added: “Border issues are amongst the most divisive and prevalent issues the world faces today.

“This project is about raising awareness for the need of seamless interconnection of people, trade and cultures.

“It shares many things with the US/Mexico piece which was also highlighting the interdependency of two communities and the need for a fluid border.”